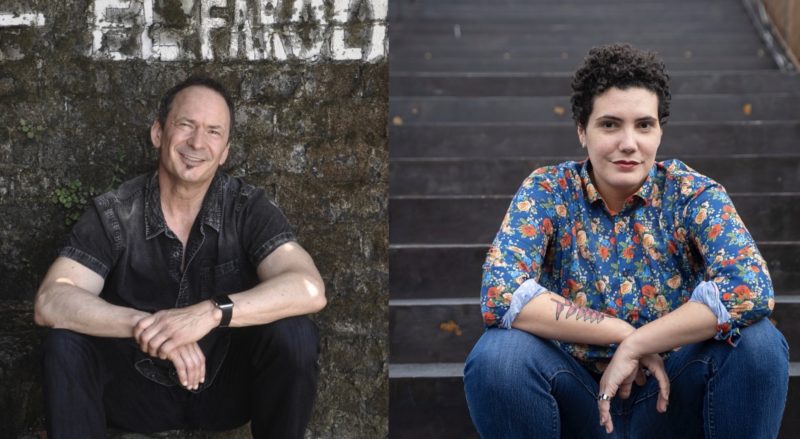 Poetry translation is a form of globalization, and world literature, often considered within the paradigm of economic exchange, might also be seen as an ecosystem. What perils does this literary ecosystem face in the present moment, and what is its role in confronting the perils faced by individuals, communities, and the planet's own ecosystem? Speaking from direct experience of the fires that ravaged California last year and the several disasters a—natural and political—that have rocked Puerto Rico, Gander and Salas Rivera consider how poetry confronts such crises.

Raquel Salas Rivera (Mayagüez, 1985) is a Puerto Rican poet, translator, and editor. In 2017, he coedited a series of bilingual broadsides of contemporary Puerto Rican poets, which were later collected in the Puerto Rico en mi corazón anthology (Anomalous Press, 2019). In 2018, he was named the Poet Laureate of Philadelphia for a two-year term. The following year he became the inaugural recipient of the Laureate Fellowship from the Academy of American Poets and won the New Voices Award from Puerto Rico’s Festival de la Palabra. He is the author of seven chapbooks and five full-length poetry books. His first two books, Caneca de anhelos turbios (Editora Educación Emergente, 2011) and tierra intermitente/intermittent land (Ediciones Alayubia, 2017), were published in Puerto Rico. His third book, lo terciario/the tertiary (2nd ed., Noemi Press, 2019), was on the 2018 National Book Award Longlist and won the 2018 Lambda Literary Award for Transgender Poetry. His fourth book, while they sleep (under the bed is another country), was published by Birds, LLC in 2019 and was on the 2020 Pen America Open Book Award Longlist. His fifth book, x/ex/exis: poemas para la nación/ poems for the nation, was the first recipient of the Ambroggio Prize (Editorial Bilingüe/ Bilingual Press, 2020). His most recent book, antes que isla es volcán/ before island is volcano, is an imaginative leap into Puerto Rico’s decolonial future and is forthcoming from Beacon Press in 2022. He received his Ph.D. in Comparative Literature and Literary Theory from the University of Pennsylvania and now lives, writes, and teaches in Puerto Rico.

Forrest Gander, writer and translator with degrees in geology and literature, taught for many years at Brown University. Recent books include Be With, winner of the Pulitzer Prize, and, with John Kinsella, Redstart: An Ecological Poetics. Gander has translated books by poets from Spain, Latin America, and Japan. He lives in California.

About this Conference and Conversation Series

Translating the Future launched with weekly hour-long online conversations with renowned translators throughout the late spring and summer and will culminate in late September with several large-scale programs, including a symposium among Olga Tokarczuk's translators into languages including English, Japanese, Hindi, and more.