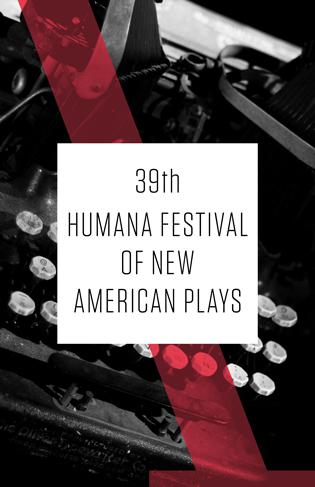 In this lively exchange, directors discuss their position’s distinct role in the formation of new plays. Participants will pull back the curtain on the challenges and opportunities a director faces while bringing a world premiere production to life, and how they can advocate for their contributions to the process. This panel is presented with support from the Stage Directors and Choreographers Foundation.

Kimberly Senior is a freelance director and the director of the 2013 Pulitzer Prize-winning play Disgraced by Ayad Akhtar. Her New York and regional credits include: Disgraced (Broadway, Lincoln Center Theater 3); The Who and What (La Jolla Playhouse, Lincoln Center Theater 3); Little Gem (City Theatre); Murder on the Nile, A Few Good Men (Peninsula Players); Mauritius (Theatre Squared, Fayetteville, AR). Her many Chicago credits include The Diary of Anne Frank, Hedda Gabler, The Letters (Writers Theatre, where she is a Resident Director); Rapture, Blister, Burn (Goodman Theatre); 4000 Miles, The Whipping Man (Northlight Theatre); Want, The North Plan (Steppenwolf); My Name Is Asher Lev, All My Sons, Dolly West’s Kitchen (TimeLine Theatre, where she is an Associate Artist). Senior is adjunct faculty at Columbia College and is a proud member of SDC.

Giovanna Sardelli is a graduate of NYU’s Director’s Lab. She has directed Rajiv Joseph’s plays, Animals Out of Paper and All This Intimacy (Second Stage), Bengal Tiger at the Baghdad Zoo (The Lark), Huck & Holden (Cherry Lane) and The Leopard and the Fox for Alter Ego Theatre Company. She has also worked on numerous productions of playwright/performer Adriana Sevan’s one-woman show, Taking Flight, directing her for the Sundance Theatre Lab, CTG’s Kirk Douglas Theatre, San Diego Rep and The Goodman Theatre. Giovanna is an Artistic Associate at the Lark Play Development Center where she has directed several Barebones productions including Lynn Rosen’s Apple Cove and their benefit performance of Earth Girls are Easy. Other New York credits include Two Thirds Home for Broken Watch, The Seagull, The Three Sisters, Basking in the Neon (a self-created work about growing up in Las Vegas) and she created/directed A Celebration of the Arts for The Great Hall at Cooper Union. She has also directed The Tempest for The Acting Company and spent two seasons as the Director of The Shakespeare Sedona Institute where she also taught acting and theatre games. Giovanna has directed numerous productions and presentations for various NYU-Tisch School of the Arts departments. She received her MFA in Acting from NYU and worked as a professional actress for a decade in television and theater before returning to train in the department’s Director’s Lab.  In addition to teaching in the Graduate Acting Program, Giovanna also teaches acting in the NYU Department of Dance as well as doing private coaching and workshops.

Dani Snyder-Young writes about the intentional diversity she witnessed in five of the 2014 Humana Festival productions.