A performance of The Death of Cupid: A Whiskey Musical at The Living Room Theatre 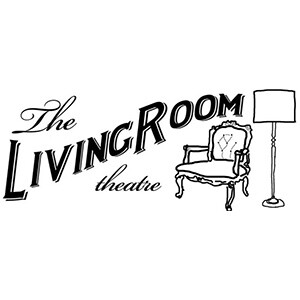 The Death of Cupid premiered in 2009 at The Kansas City Fringe Festival. It's a blues/folk retelling of Aristophanes' Lysistrata about the death of Fate and the birth of human divinity.

A bawdy, profane, and athletic comedy that pays homage to the wit and wackiness of Aristophanes while laughing and screaming at the times in which we live. The Death of Cupid follows Lysistrata's collaboration with the women of the world to end the threat of war forever by means of a global sex strike. However, in this retelling, her actions not only upset their men, but also the gods, ultimately calling into question the relevance of their reign.

What's a Whiskey Musical?
It's an event; a happening, soaked in good company, good music, good times, and if you're old enough—good whiskey.

The music was adapted from traditional songs in the public domain born out of oppression, protest, praise, and celebration rearranged and rewritten to fuse the musical history of America with the theatrical legacy of the Greek classics, in order to inspire a sensual and shared ownership in all who hear it.

This production features quite a bit of adult content, language, violence, and sexual behavior that is not suitable for persons under sixteen.

So pour your whiskey and tap your feet, 'cause Cupid's comin' back, y'all.

About HowlRound TV
HowlRound TV is a global, commons-based peer produced, open access livestreaming and video archive project stewarded by HowlRound, a knowledge commons by and for the theatre, arts, and cultural community. The channel is at howlround.tv and is a free and shared resource for live events and performances relevant to the world's live arts fields. Its mission is to break geographic isolation, promote resource sharing, and to develop our knowledge commons collectively. Follow and use hashtag #howlround in Twitter to participate in a community of peers revolutionizing the flow of information, knowledge, and access in our field. Our community uses the Creative Commons Attribution 4.0 International License (CC BY 4.0). You can become a producer and co-produce with us. Learn more by going to our participate page. For any other queries, contact @HowlRound on Twitter, email tv@howlround.com, or call Vijay Mathew at +1 917.686.3185 Signal/WhatsApp. View the video archive of past events.