Sliver of a Full Moon, A Play About Justice for Native Women at Yale Law School 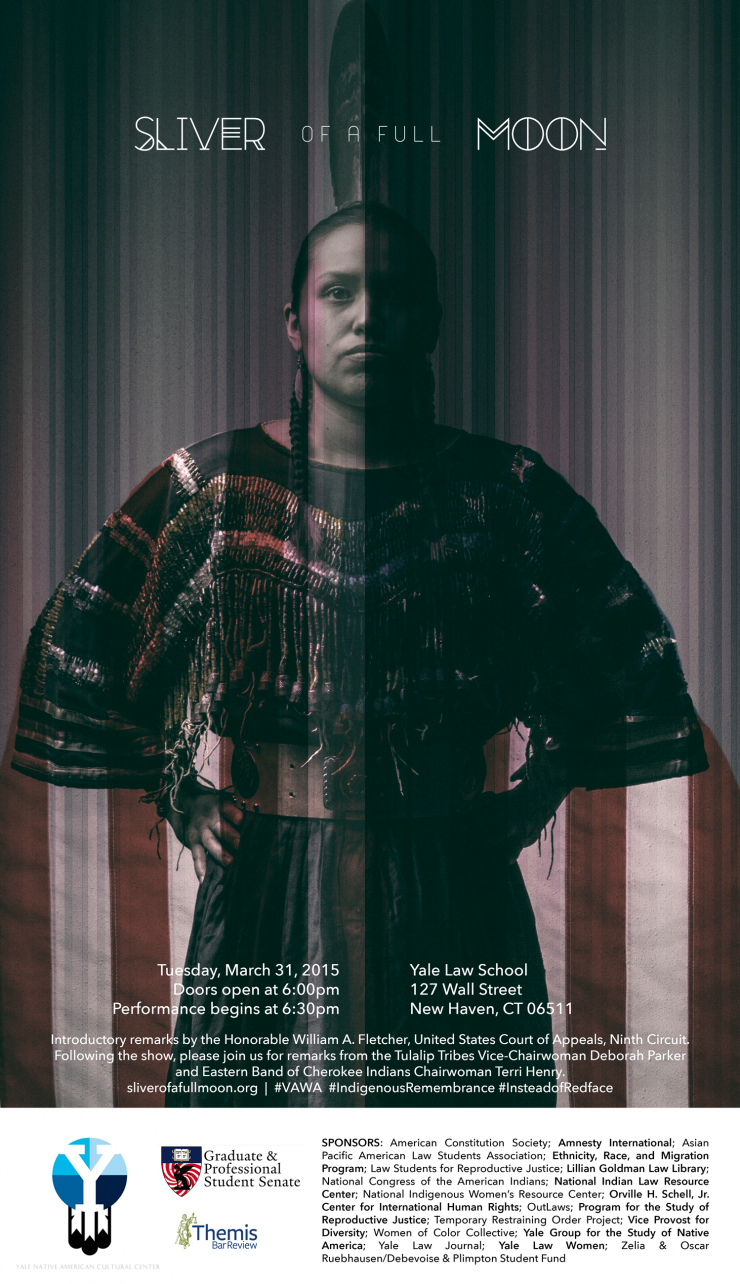 To participate in the online conversation, use Twitter hashtag #SliverofaFullMoon, #VAWA and/or #IndigenousRemembrance and direct your questions @HowlRoundTV.

Sliver of a Full Moon was staged at a law school for the first time ever to pay tribute to the incredible progress inherent in the partial restoration of Native nations’ jurisdiction to prosecute those who commit crimes against Native women on tribal lands in the 2013 re-authorization of the Violence Against Women Act (“VAWA”). Sliver of a Full Moon is the story of a movement to restore safety and access to justice to American Indian and Alaska Native women in the United States. It documents the grassroots movement leading up to the historic 2013 re-authorization of VAWA—an affirmative step towards restoring safety to Native women and sovereignty to Indian tribes to address certain violent crimes committed by non-Indians on Native lands. On March 7, 2013, President Obama signed VAWA into law. 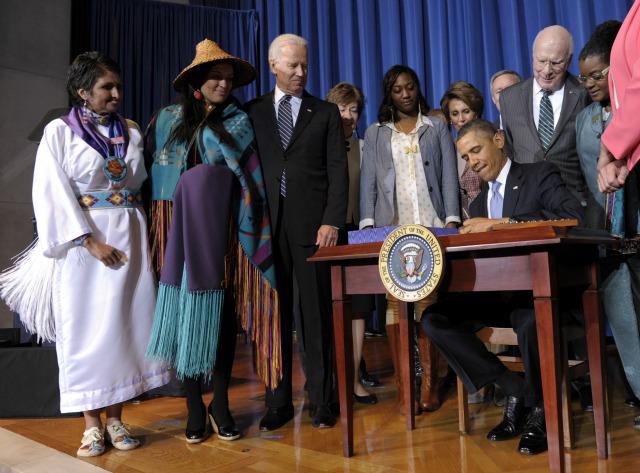 The enactment of VAWA 2013 is critical for American Indian and Alaska Native women. "One in three Native women will be raped in her lifetime, and six in ten will be physically assaulted," said Lucy Rain Simpson, Executive Director of the National Indigenous Women’s Resource Center, Inc. Simpson added that, "Even worse, on some reservations, the murder rate for Native women is ten times the national average." 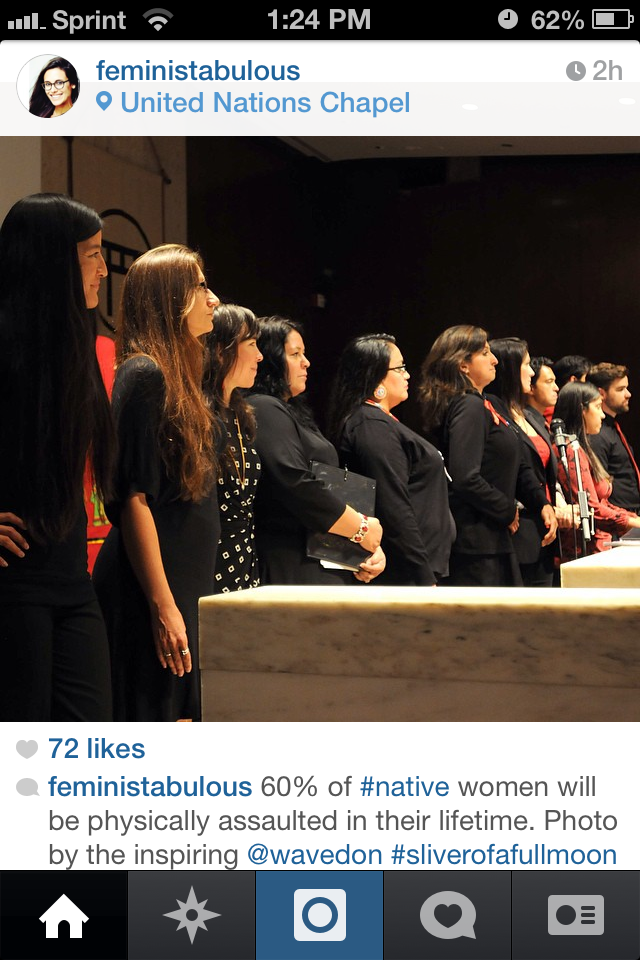