Tori Keenan-Zelt's The Egypt Play, or The Misses Blake on a Holiday Jihad at Panglossian Productions | HowlRound Theatre Commons Skip to main content

Tori Keenan-Zelt's The Egypt Play, or The Misses Blake on a Holiday Jihad at Panglossian Productions 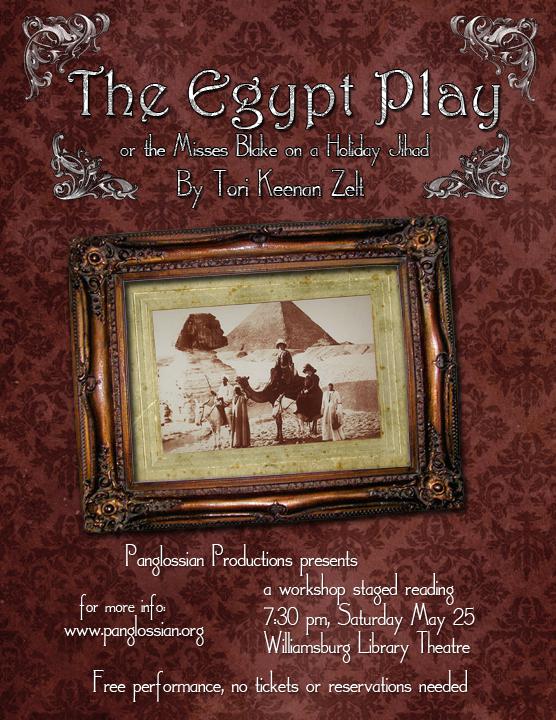 The Egypt Play, or The Misses Blake on a Holiday Jihad, which was named a 2013 O’Neill semifinalist, is a dark comedy about two British women—mother and daughter—traveling in 1880s Egypt in search of adventure and escape from their restrictive lives and from each other. When they hire local guides and start heading south on the Nile toward a war between Mahdist rebels and British occupiers, things get… well… real.

Tori Keenan-Zelt is a playwright and screenwriter who recently completed her MFA at NYU Tisch Asia in Singapore. She is founding Co-Artistic Director of Panglossian Productions and also serves as Associate Artistic Director of the Virginia Shakespeare Festival. She was recently named a Playwrights’ Center Core Apprentice for 2013-14.