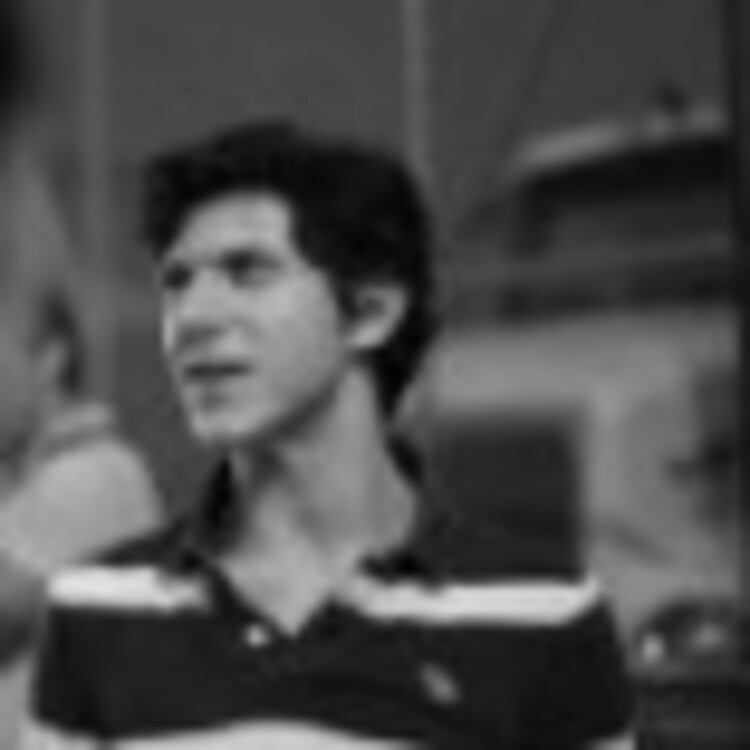 Havel, Powerlessness, and Us

You mustn’t take theater seriously. You must do it seriously.—Jan Grossman (1925–1993), Czech dramaturg and director and frequent Havel collaborator

The more I read Václav Havel, the more I feel he’s reading me. His extensive body of work covers many genres, and yet his contributions to each articulate exactly what I need to read in that moment. For instance, reading the text of his 1990 address to United States Congress, given soon after he became the first post-Soviet President of Czechoslovakia, I am stirred by his model of public service as an expression of one’s moral beliefs (a welcome respite against the backdrop of this increasingly ugly presidential campaign). I might open Letters to Olga, a collection of some 150 ruminations on life and philosophy that Havel wrote to his wife during his four years as a political prisoner from 1979–83, and find solace in the idea that one can connect to an audience despite any obstacle. If I am feeling disillusioned by the wavering health of the social protest movement simmering in our own backyard, I will turn to Charter 77, the seminal document he co-created that led in part to his imprisonment and kick-started the slow but inevitable march to the Velvet Revolution in 1989.

As a theater artist, of course I am drawn most to his plays. His unique status as one of history’s few performing artists-cum-national leaders (our country’s recent contributions—the Gipper, the Terminator, Stuart Smalley, and Law & Order’s Arthur Branch notwithstanding) is certainly exciting. But more than that, the plays themselves are fascinating, —from comic takes on the unsustainable expectations that hover over dissidents like storm clouds (such as Largo Desolato, translated into English by his countryman Tomáš Straüssler, aka Tom Stoppard), a poignant reflection on life after power, with nods to King Lear and The Cherry Orchard (Leaving, his final full-length play, which had its U.S. premiere at the Wilma Theater in 2011), or absurdist sketches about the Kafkaesque turns of daily life behind the Iron Curtain (Three Vaněk Plays, which I directed in college, my own introduction to the man and his work).

Havel didn’t pursue a bunch of different careers in succession (dissident, playwright, philosopher, statesman), and we cannot understand his impact by looking at each fragment in isolation. For Havel, each identity informed the others. Each time his fate turned, whether he became a prisoner or a President, he took it as an opportunity to rearticulate the steady moral compass that drove his actions. His contributions must be regarded in context of one another, because in fact each shaped the others. His policies as president were an outgrowth of the values and beliefs expressed in his essays and plays; his prominence as a dissident sprung from his leadership within the community of blacklisted writers; and his theater was a response to his own experience of oppression and censorship.

However, I don’t always believe that producing Havel’s plays is the best way to engage his legacy. While much of his dramatic writing transcends its original context, we should never present it simply as a “curiosity” to use Anne Applebaum’s word in a recent Slate tribute. I believe Havel has a far more urgent message for theater artists—one he originally set forth not in a play, but in a 1978 essay titled “The Power of the Powerless.” Here, Havel throws down the gauntlet for every individual who hopes to leave the world a better place than he or she found it. As Havel was “one of our own,” I think we theater artists should pay it special attention.

I think it’s fair to ask what placards, as a theatrical community, we’ve placed in our collective window. What structures do we support by not demanding they change?

“The Power of the Powerless” is a remarkable, lasting, and surprisingly universal articulation of the rights and responsibilities of any marginalized group. Whether or not its proponents are aware of it, any grassroots nonviolent social protest movement (whether its in Tahrir Square, Zuccotti Park, or on Wikipedia) can find its philosophical underpinnings in Havel’s short essay. At the core of “Powerless” is the belief that, in matters of our collective and individual morality, any complacency implicates us. Havel describes a greengrocer who unquestioningly places a sign in his window bearing a Communist slogan: Workers of the World, Unite! Havel questions whether the greengrocer has truly considered the sentiment of the sign, and whether or not he believes in it. “Has he really given more than a moment’s thought to how such a unification might occur,” Havel asks, “And what it would mean?” Havel goes on to prove that by his unthinking slogan, an act whose meaning is more encoded in symbolism than derived from the literal meaning of the slogan’s text, the greengrocer becomes a “player in the game.” He strengthens the oppressive government by his tacit acceptance of its absurd, meaningless ideology, even if he personally (privately) retains a shred of critical distance from that ideology. His action may be automatic, but its impact is felt nonetheless.

Nothing we do or say is meaningless. The logos on our T-shirts, the bumper stickers on our cars, our Tweets, our status updates…each carries a significance that far outweighs its appearance. We may think we are making a casual or off-handed statement, but we can’t control its interpretation by our colleagues and our audiences. Moreover, the injustices we witness but decline to speak out against—whether they take place in the theater profession or in Congress—are reinforced by our silent approval. Havel proves this is especially true in the case of ideologies we don’t truly espouse but feel compelled to promote. The underlying symbolism of making such a statement is “I, so-and-so, am obedient and I play by the rules.” We’d never post a status that laid out such a truth so explicitly, but by passively going along with something we don’t support, we might as well. An unjust status quo is maintained by those appearances, by the permission we grant to our oppressors when we don’t speak up.

Hope is a state of mind—it means you are working towards something because it is good and right, because it is an expression of your truth. Optimism is a decision about the world that however things turn out, it is for the best.

At the risk of sounding reductive (I would never compare the institutional powers in our field or our government with the post-1968 “Normalization” regime under which Havel was living), I think it’s fair to ask what placards, as a theatrical community, we’ve placed in our collective window. What structures do we support by not demanding they change? How many of us complain privately about our profession, but decline to speak up publicly for fear of making waves? Havel correctly assesses that the greengrocer complies not because he believes in the slogan, nor because he avowedly doesn’t believe in the slogan, but simply because he doesn’t give his action much thought. At the same time, he knows that to remove the sign would start a chain reaction that might result in the loss of his store, his home, opportunities for his children, and maybe even his freedom. He is stuck. The path of least resistance is to simply display the placard (like every other greengrocer on the street), and hope for the best. As Havel wrote to Olga from prison several years later, “The tragedy of modern man is not that he knows less and less about the meaning of his own life, but that it bothers him less and less.”

Here are some placards I’ve placed in my window, my personal versions of “Workers of the World, Unite!”:

Havel’s motto was to Live in Truth. I find it significant that he went further than simply Write the Truth. Our plays do not need to be overtly political (although some would argue that all plays are inherently political), for our lives to have a positive impact on the world around us. True, Havel’s plays were largely political allegories (if not outright representations of his often absurd times), but his other writing, his speeches, and his letters show the many ways he used his words to advance the cause of truth. When the theater was no longer available to him, he still found a way to advocate for and promote truth because he still felt his responsibility. And when the theater was available to him again (largely though his own transformative actions) he gladly went back to it (and became one of the few among us to learn how executive power enhances a theatrical career: “If you want to see your plays performed the way you wrote them,” he said, “become President.”)

Havel is a reminder that our very existence is a political act, and the choices we make are expressions of our values. If that sounds heavy, bear in mind that he also advocated frequently for a sense of humor, perspective, irony, and love. He believed that dissidence is not about the powerless seeking power, but rather about the people finally deciding that the pursuit of truth is more natural than a continued head-nodding at the status quo. In one of his most moving letters to Olga, he wrote about his profound self-doubt (“the other face of ambition” in creative people), which he recognized as a mood and therefore temporary, a “cautionary model” of who he would be if he were not who he was. And finally, and to me most pressing as I consider the ways in which I want to help advance our field, Havel cautions in Disturbing the Peace (1986) that “hope” is not the same as “optimism.” Hope is a state of mind—it means you are working towards something because it is good and right, because it is an expression of your truth. Optimism is a decision about the world that however things turn out, it is for the best. Optimists invest in what they think will be successful; hope, on the other hand, is about investing in what you believe in.

We don’t yet know exactly how history will remember Václav Havel. We can be sure that he’ll be remembered as much for the breadth of his life’s work as for any single accomplishment. Havel is one of those rare figures who can legitimately be claimed as a hero by multiple communities. He was a hero to the world of human rights and freedom, a hero specifically to his countrymen in the Czech Republic, as well as to us in the theater world. His presidency put “one of our own” into the international spotlight as a statesman, and he made being a playwright/president seem like the most natural thing in the world. He demonstrated a seamlessness between his responsibilities as a theater artist, a public intellectual, and a leader. He will continue to teach all of us, not only by what he lived for, but by the example of how he lived.

Havel resources online
Official Website of Václav Havel
The Power of the Powerless
Havel’s 1990 Address to U.S. Congress
Havel at Columbia, a seven-week residency in fall 2006
A perspective on Havel from the business world

[1]Once and for all, a “c” in Czech sounds like “ts” making the correct pronunciation of Havel’s first name “VATS-lav” not “VAK-lav.”

Thanks so much for your insight and links to further reading. I have long loved Havel but haven't re-visited his writing in awhile...thanks for the kick in the pants!

Thanks for this. Lots to think about. (And lots to read.)

Right on DChap! Havel is a hero indeed. And your description of the placards in our window is disturbingly spot-on. These conversations are taking place all the time in a one-on-one context and they need to be aired out in the theatre community at large . . . . kudos for starting the conversation!