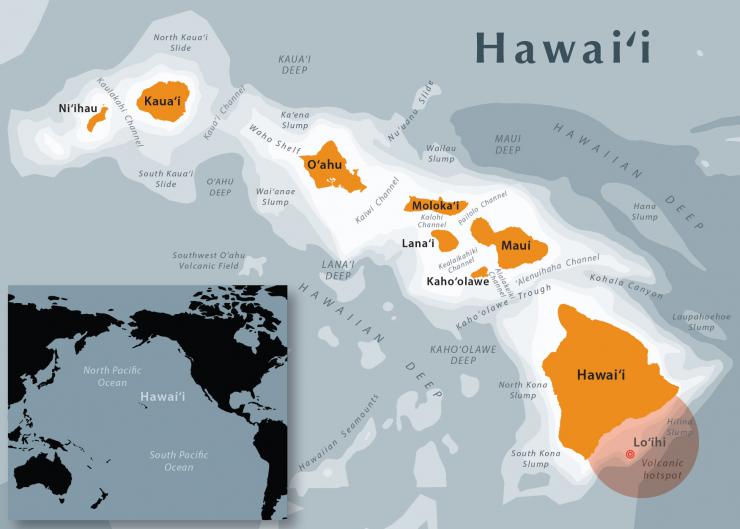 I never think about what I do. I never plan or plot or even think about looking at the big picture. When Eric of Honolulu Theatre for Youth asked me how I manage to balance the seemingly disparate parts of my life—experimental dance theater director and teacher of classical Okinawan dance—I had to stop and think. Which didn’t help. I don’t know why or how I do what I do. To me, what I do is as natural as breathing. I’m not sure I can answer this question, but here’s my best guess.

I think this place called Hawai‘i has a lot to do with it. To most visitors, this is the ultimate vacation destination with sandy beaches, endless summers, and a gentle people—all Hawaiians of course—filled with aloha. And if you’re careful to stay within the boundaries of Waikiki that is all you will see. If you’re adventurous enough to explore these islands on your own, you will see that the rest of us live in multi-ethnic communities in which every race is a minority. For someone born and raised in these islands, the multi-ethnic experience means listening to your Hawaiian-Chinese neighbor share Korean recipes with your Portuguese sister-in-law. It means watching your Japanese, Filipino, or Hawaiian governor on the local evening news. It means having more in common with a “haole” (Caucasian) childhood friend than an Asian-American visitor from Chicago, on the “Mainland.” Multiculturalism as a concept occurred in Hawai‘i long before the word was even coined. It is a way of life here—an accident of history.

I am the product of this history—descended from grandparents who came as contract laborers from Okinawa to work the sugar cane plantations in the early 1900s. Like most immigrants they came searching for a better life in America.

Multiculturalism as a concept occurred in Hawai‘i long before the word was even coined. It is a way of life here—an accident of history.

My childhood dreams of dancing had nothing to do with Okinawa. I was learning how to hula to “A Little Brown Gal” and stretching patiently at a ballet barre wondering when I would be able to dance en pointe (which turned out to be too long to wait for this impatient young girl).

It wasn’t until college that I become interested in classical Okinawan dance. Swept up by the Civil Rights movement and emerging ethnic studies, I began to investigate my roots and the “ballet” of the culture that my grandparents left behind. My curiosity eventually led me to the homeland of Okinawa where I began the study of this mysterious, courtly, classical form performed for the king and Chinese ambassadors when the Ryukyus were part of Ming Dynasty China. The dances were all very slow since they had a lot of time in the court and had to entertain the Chinese for up to six months while they waited for the currents to take them back to China.

In the beginning I tried to keep Okinawan dance as my personal secret, respectfully locked away from my unconventional modern dance choreography. I had seen too many awful attempts at “cultural fusion” in the ‘70s. Kimono-clad dancers emoting to scores of John Cage is the first image that comes to mind. It was many years later before I even realized that my “Okinawan-ness” was showing up in my modern dance and vice versa. Hopefully it’s happening unconsciously since that’s the best way.

When I was a child, my grandfather used to call me “hijaimigui,” which at the time I was sure was an Okinawan term of endearment. When I got older I learned that the word is actually an adjective to describe someone who does things “ass backwards.” Which sort of explains the other side of the story.

In my early dancing years, it was obvious that I would never be a technical dancer. I didn’t have the patience then. Shapes and patterns of movement were what fascinated me the most. Fortunately the experimental mood of college in the late 1960s was the perfect environment to push boundaries and experiment boldly. The seeds of a lifetime passion for choreography and performance art began germinating then. And I think that was the real beginning of what was to become Monkey Waterfall.

Ironically, my return to Hawai‘i in 1980 to study classical Okinawan dance with Cheryl Yoshie Nakasone, led me to Ben Moffat, and then Michael Harada, and in 1990 Monkey Waterfall was officially born. Now, at last, a legitimate way of making physical those wild and crazy dreams. And using masks, puppets and experimental dance theater—what could be more fun?!

Over the years, I realize that classical Okinawan dance has become my technique, my centering rod, and my daily vitamin. Some thirty years and a teacher certification later, this traditional dance form still challenges me to be patient, diligent, and focused. It is my meditation, and it keeps me humble. And the freedom that comes from disciplined mastery of something is the same freedom that allows me to fly and to take risks. The lessons of endurance and focus, rather than the actual movements of Okinawan dance, are the takeaway benefits. Something like the more grounded I am, the higher I can fly. And yes, Hawai‘i is the perfect place for me to do this.

An overview of the Honolulu theatre scene.