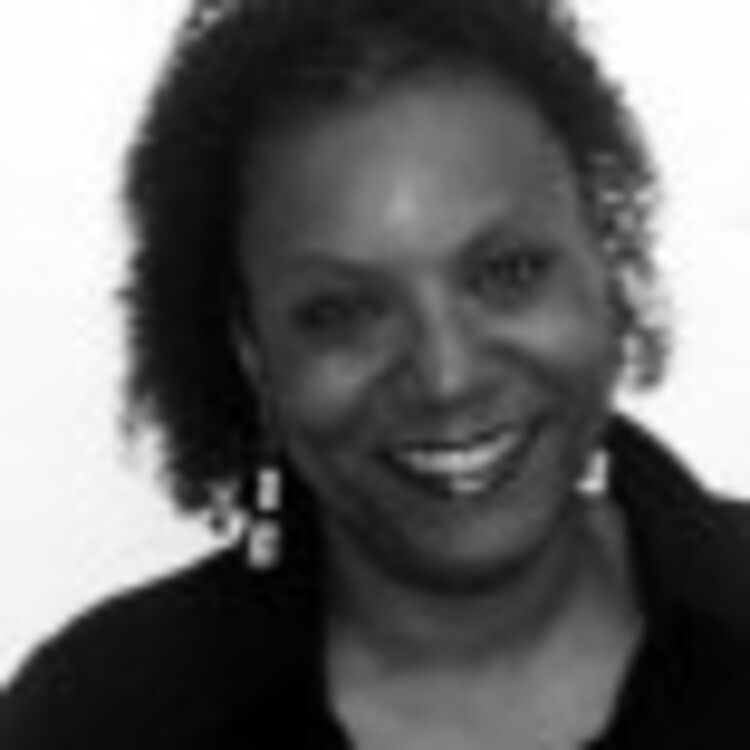 Anthony: To begin, we’re in the middle of the convening, and we’re wondering what have you heard that you can’t stop thinking about?

Karen: I can’t stop thinking about devisers and the work that gets done by people working in an ensemble, people working closely either through interview or through community relationships. My worry, as I think about it, is the ephemeral nature of devised work. As playwrights of course we worry about that—is it going to have currency? How long before it’s dated? Is it going to translate in a different city?

But I think there’s even a sharper concern: when I look at the possibility of devised work and the reality of devised work, you really get a very particular point of view, a very particular set of information about people in a particular place. The idea that that’s not going to go forward—that makes me sad because I don’t think people think about devised work that way. But I think it absolutely does have legs and could go on to productions outside of where it was created in a much more tangible way and that we could learn from it. And I think the value of the work is so great that it is a disadvantage to us to put it in a pocket.

Anthony: And to keep it from a wider audience.

Anthony: Especially since everybody’s talking about all these groups, Wooster Group, Siti Company, Rude Mechs—not being able to see those shows, you learn more about their methodology and practice before you get to see what they create.

Karen: Right, right, and the idea that again, you’re not going to be able to see it, that it’s not going to become a script and live someplace to continue and share the idea…I must say I am intrigued by the new term—devised work. For instance, I was at Arena when they were doing A Community Carol with Bill Rausch at Cornerstone, which was years ago, but that was an amazing project. It got people of all stripes—black, especially the young black people, and the middle-aged black people into this institution in a way that hasn’t been matched since. The idea that that play was only particular at one time, in one place…

Anthony: Or that it can’t be interpreted by other people.

Karen: So that is what I keep thinking about.

Anthony: So from your perspective, is the state of new work in a state of scarcity or abundance?

Karen: I would say scarcity from a generational point of view. I work with young people. They’re not playwrights. They don’t go to theatre. It’s not part of their lives—and it’s very hard for me. I went to a career day at one of the charter schools and I barely knew how to start the conversation because as I looked out at these eleventh and twelfth graders, a room of about a hundred of them or so, maybe seven of them have been to a live play. So I didn’t know how to start the conversation with this population, and that worries me. That makes me think it is a scarcity issue because young people are not well versed in theater. They are well versed in a lot of other things, mainly digital media, but they don’t quite get theatre. We have been worrying about that for a long time, but now the pedal is hitting the metal.

Anthony: Even that they themselves can make theatre, that it’s not just something they watch and a select group of people make.

Karen: Right. They don’t have a vision of themselves making theatre at all. You look at the people you want to see writing—there are lots of good educational theatres out there—but the general population is not being exposed to theatre and they’re not thinking about it as a general option for themselves.

Anthony: And they almost have a smaller vernacular.

Karen: Oh, it’s tiny, tiny. It’s nonexistent. They don’t get it at all. So that, from my point of view, I am in my fifties now and I need to know that people in their twenties will still be doing the same thing I am doing five years or ten years from now. That is what I am worried about.

Anthony: I have a friend that always says about theatre, if power goes out across the world, we can still have theatre even if we might not have television.

Karen: I know. And that’s the one thing that doesn’t make me totally lose my mind. It’s one of the most primal experiences we can have, that I have full faith and confidence in. But whether the next generation knows that or is aware of it or knows what that magic is, I don’t think they do.

Anthony: There’s been a lot of talk about the institution, the individual, and the artist. We’re concerned with what can we learn from the artist to better help them. What can we take from their process and their perspective?

Karen: I’ve been writing for thirty years. We had a conference in 2008 for a hundred African-American women playwrights, and one woman was in tears who was all of twenty-six. She was in tears and someone was rubbing her back during this reading, this really interesting small breakout group, and basically what she was saying was, “I need a home. I need a home to do what I do.” I think that what playwrights need is a home that is not defined by institutions. A home that is a network the institution might be able to help them build.

I believe in long-term dramaturgy. I believe in having at least two to three people who are really smart, who you really respect and they respect you, and who you’ll end up going to for different things with different plays, but those are long-term relationships quite separate from institutional relationships you get with a dramaturg in production. Because the truth of the matter is, I don’t believe that somebody can drop into your life, into your play seven weeks before production and inform it. I just don’t believe that. And I think it stresses out a playwright who’s afraid anyway that they’re not going to get the next play done. So I don’t know what an institution can do for you long term because they’re about getting that play up. But somehow I think we have to build a network of strength for playwrights that see them through decades as opposed to from production to production.

Anthony: And we can learn from their needs and build something appropriate for that.

Karen: Yes. If you have a long-term dramaturg, they have read everything you’ve written. And they will say to you, you wrote that five years ago, that’s the absolute same idea and you’re not telling me anything new. They’re quite honest with you, you know. So I’m not sure how the playwright gets that network. It’s part of my job and the Black Women Playwrights’ Group to help them build a network that’s going to support them through their whole writing life, as opposed to just the production.

Karen: I want to see more of it. As I was sitting here listening to the new technology breakout, my dream is that we figure out what to do with technology that allows us to fill every seat, so you have longer runs and more theater. That somehow we master what the digital world can offer us so we don’t worry about filling seats, we worry about can we get this actress to commit because this run’s not going to be six weeks, it’s going to be twelve weeks, it’s going to fill every seat on a twelve-week run. That’s where I hope theatre will be, because it’s too tiny right now, it’s just too tiny. There’s not enough of it.

Anthony: Do you think that’s going to happen?