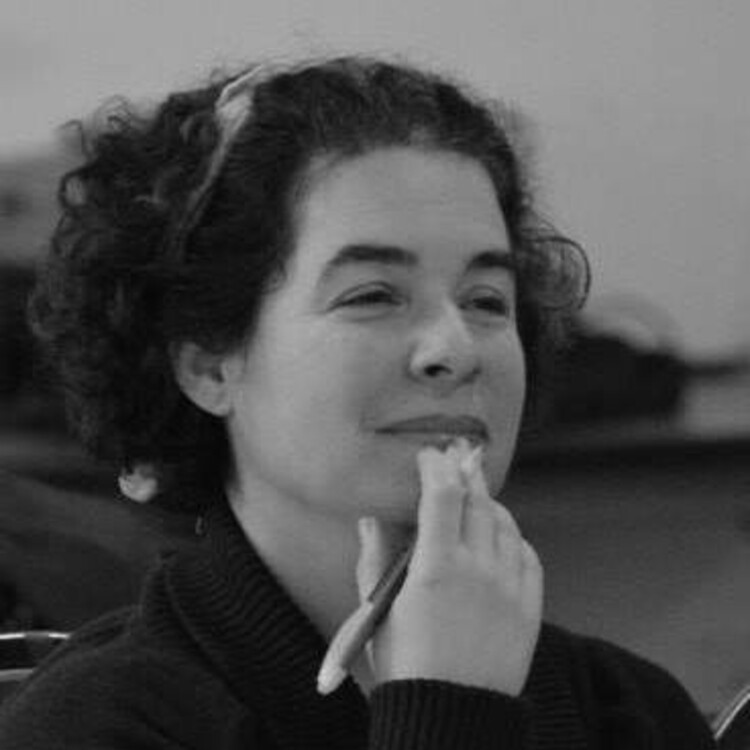 This interview is adapted from the version that appears in Counting New Beans: Intrinsic Impact and the Value of Art.  This book includes the final report from research firm WolfBrown on their two-year study "Measuring the Intrinsic Impact of Live Theatre," as well as twenty-four interviews with artistic leaders and patrons, and essays by Diane Ragsdale, Arlene Goldbard, Clayton Lord, and Rebecca Novick—plus a foreword by Ben Cameron of the Doris Duke Foundation.

Rebecca: Michael, you ended up on the list because we wanted to talk to somebody whose theatre doesn't work with a consistent audience. As I understand it, you guys work in all different communities, and it's really dependent on the show.

Michael: We've been based in Portland for a long time, but a lot of our work now happens in different parts of the country—sometimes hosted by institutional theatres, sometimes created with hosts or partners who are not institutional theatres. We have experiences with lots of different kinds of audiences and, particularly, lots of different definitions of what a "successful" engagement with an audience means.

Rebecca: Let me start there. How do you or other members of your ensemble typically seek feedback from audiences?

Michael: I think there are probably a variety of ways, but… we don't have a one‑size‑fits‑all model for how we make work, nor do we have a one‑size‑fits‑all model for how we figure out who our audience constituency will be and how to relate to them. We tend to, when we initiate a project… talk about what the project will mean in terms of success, what we want to accomplish, and how we'll learn about that.

The audience that we're interested in being in conversation with, in terms of whether we succeeded or not, is generally people that have been involved in the project, and have invested in it. By “invested,” I don't mean that they helped write it, but they have something at stake in the making of it, in the way it lands and the way it is received, and what it articulates, and the kind of experience that it embeds in a community conversation. That becomes the "audience" that we want to be in conversation with.

There are things that continue in the spirit of the project afterwards. For example, I spent the last three years working on a project at Oregon Shakespeare Festival for which our core partner was the United Way of Jackson County. (This wasn’t a Sojourn project, but I and my scenic/dramaturgical collaborator, Shannon Scrofano, a Sojourn artist, approached it in some ways as if it were.) Initially, when we were exploring some of the very early content, we met with United Way because we knew we wanted to engage people who were not traditional audiences at the festival. The United Way offered to partner with us and help us reach people who did not go to the theatre for a variety of reasons, didn't even necessarily know about the festival. Through them, we did story circles and workshops; I did interviews.

We set up this whole process and brought some of them over to the festival to be in conversation with us. The executive director of the United Way took fifty people from their organization, staff, board members and constituents, to the show. [Afterward] she wrote me this lovely email and said really positive things. That it was an amazingly positive experience for them, that she feels that it completely adhered to the values that are core to their work. That some of the people who were interviewed didn't see their story in the show, but saw other stories from their lives, and were super fascinated, and kind of confused, like, "How did they get those stories? I didn't tell those stories." She thanked us for making something that she felt was going to be a part of [the United Way’s] ongoing work.

I sent that comment out to Shannon, the whole cast and crew, and the staff at OSF and I said, "Granted, lots of feedback is important but this feedback is, in some ways, the most important ." That’s what I mean when I say we seek to find the feedback of the people who we feel matter: partners and collaborators and the people they cared about. We want to understand their experience of coming to see the thing.

We want the general audience to have a positive experience, and we make it, of course, for the audience we’ve never met as well as the one we have. But I think for us, we define success in relation to stakeholders in the process, not just supporters.

Rebecca: Would you say that there's a piece of your process that is in response to how you see things happening once it's in front of audiences?

Michael: We bring audiences in before previews. Audiences have to be part of our rehearsal process, for one because a lot of our work is site-based and actually journeys audiences through geography. The only way to understand the relationship of geography to dramaturgy is to actually work with human beings and learn from their experience, both by talking to them about it and by observing them. It's super interesting.

We bring in audiences, full-sized audiences early. And we'll do the “Let's stay afterwards and talk” thing, but the truth is I just walk around and watch them. You move around with an audience for ninety minutes through an experience. You watch them and listen to them, and there's not a lot you're going to hear in the conversation afterwards that you weren't able to observe in the experience with them.

Rebecca: Can you think of a time when you observed something or heard something in one of those settings that caused you to make a significant shift in the piece or how you approached a future piece?

Michael: All the time. I can think of a lot of instances where I learned something from the audience before a show opens (or even as the show is opening) and made big changes. If the thing isn't successful in the ways we've defined success… we adjust.

Our vocabulary around participation says that an audience needs to be moved through a “watching phase,” then a “choosing phase,” and then a “doing phase.” If we move through the work in a supple, intentional way then we're able to move them beyond a traditional experience. We certainly have grown in understanding that trajectory and how to deploy tactics that help that function usefully.

Back in 2007 or 2008, when we started working more and more with participation as a part of our artistic palette within performances, we would discover these trajectories of participation that were successful, and others that were bumpy. Sometimes we wouldn’t really understand which trajectory was which in a nuanced way until we were in a run. Then we would be in the run and discover [the audience] needed a little more opportunity to watch.

That's probably the biggest area where we'll observe mid‑run: what if we go back five minutes and this had just been altered here? How does that impact when we're trying to make strategy choices in the next piece if we're going to engage participation in that next piece?

Rebecca: When you set out to devise a new project… how do you think about what you want the impact on audience to be?

Michael: It really depends. We've started this project now called WAITING FOR YOU (on the corner of…) which we're working on in collaboration with The TEAM, a New York City-based ensemble, and it'll go up at Kansas City Rep in winter 2013. The work of that project is looking at civic discourse in the United States and the particularly polarized moment we're in now.

We want the show to be a play with a story, but it also needs to be a piece of applied creativity where an audience goes through the process of collectively imagining better ways to have public discourse.

Can this engage people more actively in ninety minutes than the internet or the news, or are we just part of the echo chamber?

I would say this project has succeeded, both in the course of development and then in the course of an audience coming to attend it, if it fosters a sense of a more nuanced and dynamic conversation about how democracy functions. Can this engage people more actively in ninety minutes than the internet or the news, or are we just part of the echo chamber?

I want to figure out how this show engages audiences to a degree, with some interactivity, but I also just want to see whether theatre done in a really complex but articulated way can get at the challenge of listening and communicating today in America.

Rebecca: I know there were a lot of reasons that you made the decision to let go of Portland as a home base. Why did you do that?  Did having an ongoing conversation with consistent people begin to feel less important to you, or was it just that that wasn't a very sustainable way to be working?

Michael: I think it's some of both. I think the truth is, in Portland, as a non-traditional project-based arts organizations, we found we were not sustainable if we wanted to pay artists any kind of semi‑living wage. At a certain point, I chose to prioritize the work of the company and the development of the company's aesthetics and missions over place. Sustainability became a priority. There wasn't a lack of interest in a place-based conversation, and I think in various ways we still are part of a Portland conversation. But we did have to make that choice.

It's funny. For me, personally, before Sojourn I spent ten years on the road as an artist in residence for Hope Is Vital. My whole artistic life before Sojourn was working in different communities, never an exclusively place-based conversation. And I have found that both because of the internet and the way communication happens among people involved in the cultural and policy conversations around the country, I do feel that we are part of a certain discourse right now.

I'm a believer in place and locality, and have been passionate about that and committed to it for a lot of periods in my life. But I also don't mind us being more focused on the national conversation than the local one for a period of time. 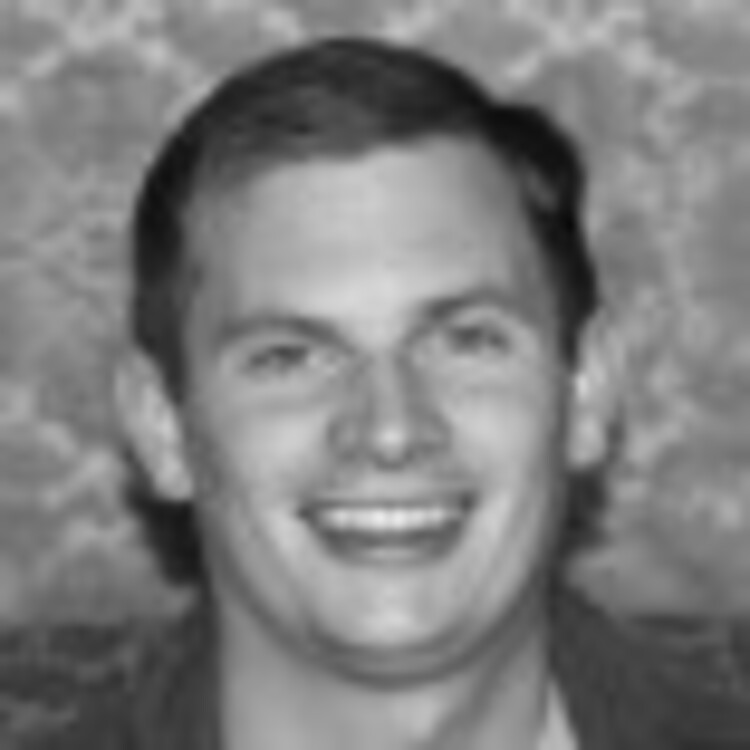