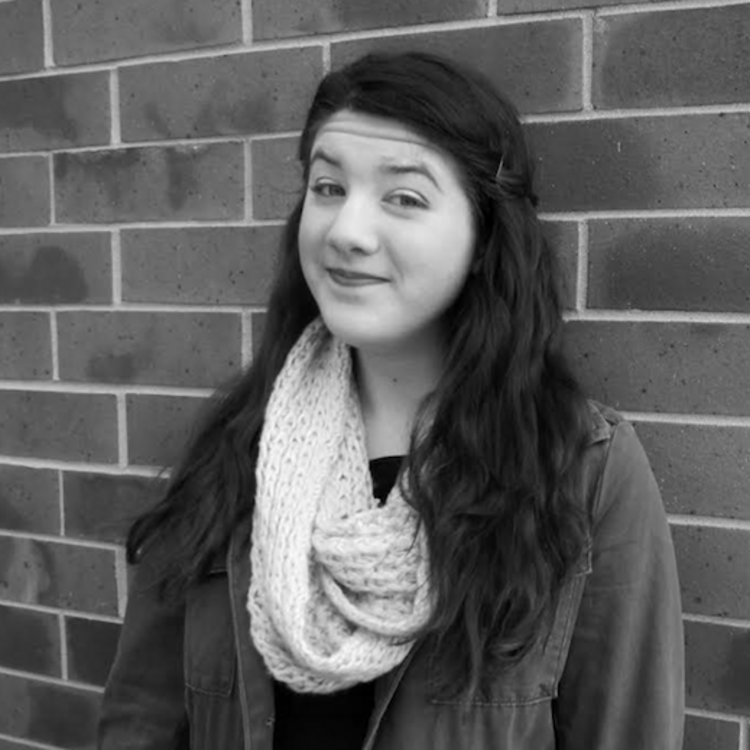 On December 6th, 2014, I purchased a Chavez for Charity bracelet that benefited The Matthew Shepard Foundation, which fights for LGBTQ+ equality. A wide-eyed freshman in a performing arts high school, I had been out as a lesbian for one whole month.

On December 6th, 2016, my cast opened The Laramie Project, the award-winning play that chronicles Matthew Shepard’s town’s response to his murder.

Before the production process began, I told my drama teacher I wanted to complete a project in tandem with our show so that I could further spread its pertinent message to our school and community. She immediately responded that her wish for the year was to unite forty-nine groups to perform Laramie in honor of the forty-nine Pulse victims. I said, “Okay.”

I had to speak out, because that was the exact opposite of what I wanted to do.

After my obligatory new project buzz, the apprehension set in. My elementary school daydreams of saving the planet with bottle cap collections and my middle school fantasies of solving water crises with an app had gone to the project graveyard. Would my high school Laramie Project Project, already affectionately nicknamed LPP, end the same way?

I recalled that terrible June day of the Pulse shooting and feeling unsafe at the pride parade I attended the same day. The rainbow cape I bought that morning felt more like a responsibility. I had to speak out, because that was the exact opposite of what I wanted to do. I had to wrap my rainbow cape around tighter, because as solidly as I vowed to never attend another mass gathering, my queer identity was never going to loosen. My LPP was born out of necessity and special timing.

I took to Wiki Lists of every high school in New Jersey and followed Twitters of local GSAs. I blushed wildly while emailing Philadelphia theatres and pressed “control+v” into every The Laramie Project Facebook event, asking their casts to join our effort and perform their productions in the name of a Pulse victim. I explained that the Tectonic Theatre Project’s message of compassion is exactly what we wished to impart to audiences everywhere.

I proposed the project to many different types of groups, welcoming aboard terrific artist-activists. I gathered videos of students dedicating tech weeks to our LPP. I attended local readings, watching my Gmail come to life. I’m perpetually moved by the sentiments of Laramie that the writers collected, but what brought the piece’s purpose home for me was hearing the same monologue in a bevy of voices, each hailing from a different hometown.

Nevertheless, the climb to forty-nine sometimes felt impossible. Junior year academics and personal battles clouded my LPP momentum. But after every dinner I had mentally declared LPP on hold, I somehow found myself group-hunting until dawn. Every futile county e-blast would prompt me to leave the room and find my Matthew bracelet on the counter. Every curse at junior year would bring along another registration.

I’m sadly aware that I cannot fill in the pieces permanently missing from forty-nine families’ lives. The constant violence inflicted upon on the LGBTQ+ community are enough to make someone believe—in the flurry of tragedy—that there’s no hope. And activists aren’t magicians, but we’re great responders. What I can do is ensure these memories aren’t mangled. People who have little-to-no connection to the innocents are the very people announcing the victims’ names at LPP performances. This is the communal aspect of theatre I revere.

By May 17th 2016, International Day Against Homophobia and Transphobia, forty-nine groups had registered for the LPP. Laramies from fifteen states and four countries took these memories across the country, over the seas.

Now I recall the things I didn’t think I could do and the fears I considered insurmountable. I emailed 400 schools and 100 theatres, wrote a grant and a requisition, mailed scripts to Tennessee, and Facebook messaged a Nepali theatre. Maybe I’ll live with my phobia of mass events forever. But I’m not letting the concern go unanswered, even if it’s an unorthodox response. I’ll create my own digital pride parade, signing my name to every LPP pitch and Instagram post. I’ll march down the streets of my computer screens, coming out to my dream theatre companies, my school, and myself, again and again, because I owe it to both of my beloved communities to be a little brave.

Accessibility isn’t just about elevators and interpreters. If you demand actors adjust their lives to your rehearsal schedule, you may find that none can.

On June 6th, 2017, I was notified of my semifinalist status for this year’s Spirit of Matthew Award. Walking out of my first college audition two weeks later, it was my turn to receive an email, after sending nearly one thousand of them since the year’s start. I’m one of the recipients of this honor presented by the Matthew Shepard Foundation.

I hold this to be true, and readily advis