Learning to be Lusitanian Latina 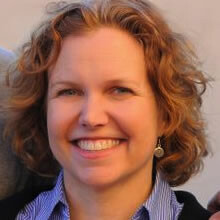 As a writer of Portuguese descent, I am honored when I am called Latina. But according to The Huffington Post, ninety percent of Portuguese-American from a group of five thousand respondents recently opposed this designation. Yet the Latina/o theatre community is my home. I never define myself as Latina or apply for festivals, theatre slots or awards in the “Latina/o” category unless there is a clear mandate to accept those of Portuguese descent. I let others give me this designation. Even If I am called Latina pejoratively, it is one of the highest honors I can receive.

It began as an affinity. I remember reading the program notes of a Latino playwright premiering his new work in a theater in California. He was articulating why he was using Spanish in the play, why his story would be relatable to a mainstream audience. It made me angry. Not at the playwright, but at the people he was addressing. Really? Californians can’t bear to learn a few words of Spanish? The language is so embedded in Californian culture; I don’t see how you could even follow street directions without it. The play had clarity, truth, humor, and was more relevant than most plays I’d seen. Why would anyone not relate to such a well-told story? Sadly, I knew what the playwright was addressing. I’ve heard the slurs against the Spanish language. I’ve learned the hard way—empathy for stories doesn’t extend in all directions.

Californians can’t bear to learn a few words of Spanish? The language is so embedded in Californian culture; I don’t see how you could even follow street directions without it.

I went along with my “mysterious” affinity with the Latina/o theater community for many years, falling in love with the way Luis Alfaro throws himself into his work with all his heart and intellect, how José Rivera trusts the swirling dream and tells the nightmare. I became enchanted with Maria Irene Fornes’ power, simplicity, and ability to give voice to those who cannot use language. Midgalia Cruz, who brings the house down with her wild heart and deeply empathetic stories, taught me the Fornes process, sharing with me that Fornes also had to find her own way, using a cookbook as metaphor.

I am inspired by Tanya Saracho’s willingness to strike out a new path, especially with her Sor Juana play, The Tenth Muse. Anne Garcia Romero’s visions make literal magic happen in my life and my dreams, helping me learn that the story of a secretary or a Ph.D candidate can be as riveting that of a male adventurer. Oliver Mayer wows me with his vast array of characters and stories, from the deeply personal to the sweeping and historical. Brian Herrera’s solo show, I Was the Voice of Democracy bravely explores the ways we betray our best selves. Caridad Svich’s gorgeous plays do everything from confronting our most pressing issues to exploring high art, punk culture, and technology. This is only the beginning of the big and beautiful family that is Latinidad in U.S. and Canadian theater.

My affinity for this work quickly turned into more. My own plays were exploring traditions and identities; I was writing parts of my plays in Spanish, (see my play based on the true story of a woman conquistador, Lieutenant Nun, my more recent, La Frontera/the Border.) Becoming a member of Caridad Svich’s NoPassport Alliance was a turning point. I was able to converse with theater makers online and in person, giving me momentum and purpose.

Caridad’s big vision is inviting to a wide range of people with hybrid identities. Her press is literally changing the definition of “what matters.” When NoPassport Press published my book, Jane Austen, Action Figure and Other Plays in 2012, I was delighted to discover the act of gathering my work was catapulting me forward. After having two plays translated and performed throughout Panamá, (see my American Theatre article, “Discovered in Translation”), I found Spanish unlocked my writing in wonderful ways, revealing my original intentions.

In the process of finding an artistic home, I have learned many Latina/os in the professional classes distance themselves from their roots. I began to understand my own family dynamics better. My “mysterious” affinity exists because these stories are the same as my own.

My grandfather came to America from the Azores, a group of Portuguese islands, to get an education. He worked as a dishwasher at Santa Clara University until he realized he would never be able to go there. He worked on a farm, then as a fisherman. This enabled all of his descendants, including me, to get advanced educations. The second generation of my family is unquestionably Portuguese; they speak the language and are welcome members of the community.

For me, as for many third generation immigrants, I have to earn being Portuguese by learning the language and unearthing our family histories. Fortunately, the Playwrights Theatre Centre (PTC) of Vancouver has awarded me a three-year residency to do just that.

In my family, I was taught to never check the “Hispanic” box because of our advantages. We did not want to take opportunities away from Chicana/os in California working for better education and jobs. I have never checked that box. But it creates a misleading distance.

I began to question why culturally we weren’t allowed to consider our background the same as that of farm workers, although we stood in solidarity. Why not? My grandfather worked on a farm! My own fastidiousness around being called Latina was becoming a bit of joke. Latinas who worked for (or were major donors to) my last university job started saying, “oh shut up. You’re Latina!”

Without being members of First Nations/Native/Indian bands, we live on these lands through provisional right. As Caridad Svich so deeply understands through the inclusive dynamics of her work, our stories spin from our delicate relation to our land, from our hybrid identities. We find strength in both coming together and in articulating our uniqueness. As David Henry Hwang said so smartly in a speech in Toronto this summer, “only a community can represent a community.” We learn, by connecting, that our stories matter, that there are more important values than being assimilated. Enrique Urueta’s hilarious, irreverent play, Learn to Be Latina captures this:

HANAN
That you never take the time to figure out who you are.

Why do Portuguese people object to being called ‘Hispanic”? It turns out fifty one percent of Hispanics don’t want to be called Hispanic or Latina/o either, preferring to be identified by their family’s country of origin. If resisting the designation ‘Hispanic,” or “Latina/o” comes from a desire for a more specific articulation, from resisting a bureaucratic, arbitrary designation…terrific. I’m all for it. If, however, it comes from the desire to assimilate or distance oneself from one’s roots (in my case, a peasant background), I am concerned.

According to a hilarious Huffington Post article, 8 reasons Brazilians Count as Latina/os, “, Portuguese descendants might qualify as Hispanic, though the preferred term is ‘Lusitanian’—also derived from Portugal's Latin name.” So once they have a “Lusitanian Latina” box, I will check that.

At one of my university jobs, I was told about a secret sign among the first Latinas to work there. These brave women would raise their hands in solidarity if they saw each other in the halls. I raise my hand. If you call me Latina, it is the greatest honor you could bestow upon me. Mil gracias, or as Portuguese women say, muito obrigada.

I enjoyed this article! And explored the topic as well, in my own way. http://www.portugueseameric... in "The Great Luso Debate"

Building Our Own Tables Episode #7

For the last episode of this season's Building Our Own Tables, podcast host Yura Sapi talks with Beto O'Byrne of Radical Evolution, a multiethnic producing collective.