Livestreaming AATAB Online: A Language of Their Own by Chay Yew 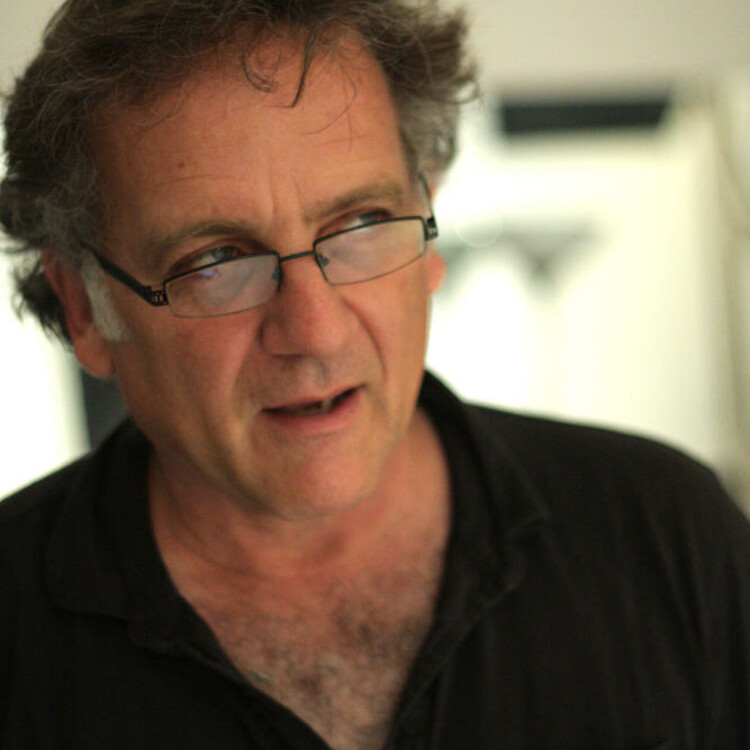 Thirteen years ago, Whit MacLaughlin, the Obie-winning artistic director of Philadelphia’s New Paradise Laboratories, began slamming theatre into the internet. Fatebook (2009) was the first production and Extremely Public Displays of Privacy (2011) was next.

Here we are now with the pandemic COVID-19. Overnight, our functions as theatremakers have changed. Virus control methods have closed theatres and schools. Methods of communication and gathering have shifted online to create social distance and flatten the curve.

MacLaughlin—an experimental theatremaker who, early on, ventured into the online realm that was once novelty and is now, in a blink, our norm—is an ideal person to speak about the intersection between digital technology and live performance and pedagogy. In our conversation, he offers insights, practicalities, and perspective for this time we find ourselves in, which, he notes, is “not a normal time."

Two quick definitions of terms used in this interview: synchronous means connecting face-to-face on a digital platform like calling on FaceTime; asynchronous means collaborating via the internet but not at the same time, like posting a video for others to watch. 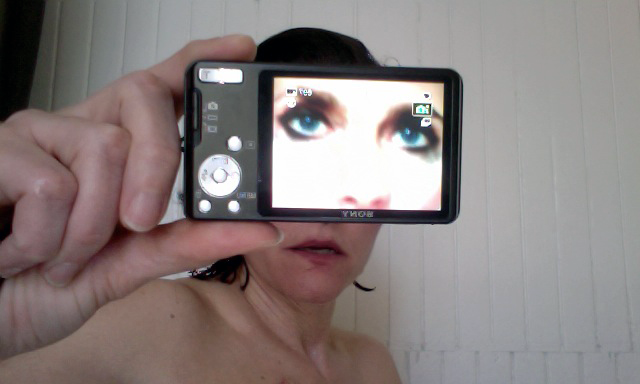 Alex Ates: This is a bizarre scenario. Internet work that your ensemble did several years ago has, overnight, become a mode of theatre globally. What came to mind when you found out that a lot of theatres and theatre teachers were going to be transitioning to online work?

Whit MacLaughlin: My immediate response—because of the pieces we created asynchronously—was that I had something to offer. Theatre people tend to think of real space as a place where things happen in a time flow, and we all get into the time flow together and the story unfolds in a kind of real time. New Paradise Laboratories was interested in seeing how real space and cyberspace slammed up against each other.

Alex: In your experience creating theatre with the internet, what’s the first thing teachers and theatre artists should think about?

Whit: Do it even if you’re not doing it well. Many of the teachers who are needing to go online are going to feel like they’re swimming for a while. It’s not the same. There’s much to learn about going online, but don’t expect it to translate over easily. Also: Don’t give up on the analog. Real space is where we belong as theatre people. I’m not sure, but if going online gets you to think about the difference between the digital realm and the analog realm, that’s all good.

Alex: When I think of the internet—Facebook, Google, YouTube, what have you—it feels like a prescribed template that you have to insert yourself into, or fill in the boxes. How should theatre educators think about the internet? Is it something you have to mold your curriculum into, or is it a big, expansive frontier where you can do anything?

Whit: The problem—in all matters—is we get so hung up with the technology that we forget that we’re putting stuff into space. People are worried about not having the right camera. Everybody has a phone. Use the phone. Post it using the phone. Do it the easiest way, technologically, as possible. The real work comes trying to figure out what to do with it.

Let’s say you have a scene class. Assign two sides of the scene and have students learn one side. Each student can perform the side, leave space for the other talker, and stage themselves as they might respond. Then, the scene partner does their side and posts it.

Watch the videos side by side, looking back and forth—you can start to critique just by looking at two videos at the same time. What can be said about the way these people are responding to what they imagine the other people are doing? Then, each actor watches their partner’s video, and does their side again, responding to what they’ve been given. So, now you have four videos—two versions of the scene.

The problem becomes: How can you administer this? Title and tag so everything shows up in the same place. Make a YouTube channel where all of your class materials will be aggregated and everyone can see them. Don’t worry about the technology.

I’ve been working with virtual reality, and I get called when the people who understand the tech don’t know what to make. There’s a huge divide: you either know the technology or you know what to make—you don’t know both. The problem is getting really interesting content.

People are worried about not having the right camera. Everybody has a phone. Use the phone. Post it using the phone. Do it the easiest way, technologically, as possible.

Alex: What do you tell student actors about how to interact with the camera?

Whit: People are getting good at the ten-second story; have you seen TikTok? It’s very funny. In ten seconds you can do a lot. Most students today have a working understanding of how to portray themselves on a camera.

You have to ask “How do you want yourself to be seen?” That’s part of the staging of the piece; you’re staging, in video. And if someone does a selfie closeup and the other person is sitting at a table, that’s going to change the nature of the scene. That can be part of the discussion.

You just have to try it a few times. I think it’s valuable for people to learn how to manipulate their own video image. I don’t think the teacher has to say a whole lot, just, “Did this work? Is it the shot or is it the performance? And how can you tell the difference?”

Alex: How do you create a rehearsal space online?

You look at the responses within a timeframe and post comments. Then, somebody—it could be the performer or the director—aggregates those into the good stuff. You just have to have a place where that stuff’s going to show up and can be looked at up against each other.

Let’s say you want people to work in twos or threes. Here’s an idea! Actor one goes to an outdoor space that the three have agreed on. Actor one goes at 1:00 pm, actor two goes at 3:00 pm, actor three goes at 5 pm. Actor one posts a video doing their activity in that space—one that is intended for that space. They post it. Actor two sees that, goes when actor one is not there—maintaining social distance—does something that is in response to what they’ve seen— so it’s like a “yes, and” situation—then posts it. Actor three looks at it. We’re talking thirty-second pieces. Actor three goes there and responds.

All three are occupying the same space from different perspectives and they’re all responding to the space—and each other—slow-motion, asynchronously, over time.

Working online can help us all understand a little more about what we have in real space.

Alex: Are there any dangers to working on the internet this way?

Whit: Dangers? You’re not going to get sick.

Alex: You have to consider privacy, of course. Miscommunications could happen, It feels like that unknown territory and the unknown can feel dangerous.

Whit: Danger has existed in the theatre classroom for a long time. The number of times I did an acting exercise where I rolled around on the floor with someone I didn’t know—we’ve been pretty fast and loose with how we behave in theatre classes. Though this is changing. Part of the reason we like theatre training is because it’s a bit dangerous at times, socially. It has to be managed well.

I would assume that, over time, a structure of ethical behavior online will develop, as it has in classrooms. I don’t believe we can just trust the winds of change to guide us in this respect. Like anything else, the styles of rehearsal behavior vary wildly across the spectrum of the work being done now... It’s a testing ground where we experiment.

Alex: Do you have any thoughts about what work should just be streamed and deleted once it’s done, so it is a unifying effervescent moment through the internet? Versus saving work and having it available for not just your class to see, but maybe even the public?

Whit: That’s a good question. People’s lives could be interrupted and screwed over because of something they do in acting class that is posted. I don’t know. I think other minds will be dealing with that. Nobody who is anticipating a career would want their freshman acting class material up online.

Alex: Do you have a conversation with the actors you work with about intellectual property?

Whit: We did back in the day, they signed releases. It’s been years since we did anything like this, though, and the world has changed remarkably. I think intellectual property departments at colleges would have a lot to say. 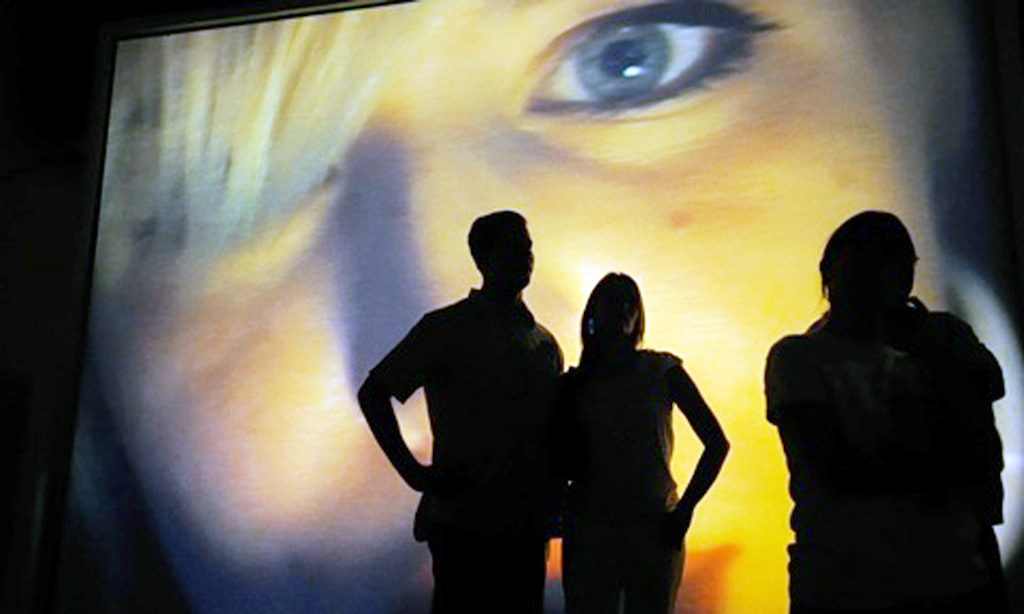 Alex: When I look back at your work now, there’s a prophetic quality. Do you have a vision of where online work could go?

Whit: We have to fight to maintain our connection with real space and to maintain the ethicacy or our understanding of space and time as it flows through.

Directors and actors who truly understand this are able to bend time and space in a live setting in ways that are amazing. Working online can help us all understand a little more about what we have in real space. But it does require some experience over time and the desire to investigate—and some of that’s for the scientists and philosophers.

When I was raising my children, we heard many reasons why we shouldn’t plop them down in front of a television set. The thing I kept thinking about then was very basic: perceptual development. If you’re looking at a computer screen, you’re supersaturating your prefrontal lobes with information. When you’re running around outside, you’re supersaturating your entire nervous system. The bandwidth of real space is gigantic compared to anything that can stream online. The way your brain and your sense of time and space are wired really demands understanding.

I don’t think we’re going to get good at not being in the same room with each other. I don’t think we should. Getting good at it will only illuminate the reasons why we need to attach the intuitional sense of being embodied in a place at a time. We have to fight for that as theatre teachers. If we do a decent job at teaching online, are we jeopardizing the live theatre class? I think we have to guard against that. I fear that in the same way I fear the plague