Recommended
Devising Our Future
HowlRound Theatre Commons
Most Discussed
Designing Collaboration: In Search of a Taxonomy of Collaborative Methods
Emily McConnell
Most Watched
The Gathering from the CrossCurrents Festival
Wednesday 4 May to Saturday 7 May 2022
Upcoming
Livestreaming a Conversation: #DeafWoke with John Autry II
Friday 20 May 2022
Essay by
Rachel
Grossman
Gender Parity

A Lot to Put on a Girl 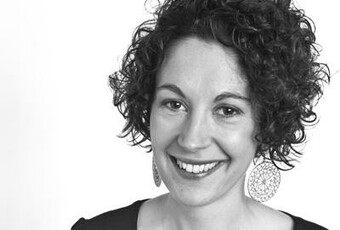 I open with two examples—let’s call them “behind-the-scenes snapshots” for dramatic purposes—from the devising frontlines of dog & pony dc, the ensemble company I co-lead.

Shortly before d&pdc premiered its last show, A Killing Game, one of the ensemble members approached the director with concerns about the lack of gender parity in the production. All characters in positions of power (Health Commissioner, head servant) were played by the male performers; we were, after all, portraying a sexist society. Soon after, an artist-acquaintance made a similar observation to me over email after watching a rehearsal run. The artist-acquaintance added that she was surprised that a company led by two women would present such a male-dominated world. The director (male), my co-leader (female), and I discussed the concerns, all of us expressing similar, somewhat befuddled responses. It was true that the officials and experts in A Killing Game were male. This was a result, in large part, of devising with a particular group of performers—artists assumed or were assigned roles based on skill sets first (ability to remember procedures and facilitate large-group scenes, or strength working intimately with audience). However, all these “prominent” male characters were incompetent fools who mismanaged the leadership situations in which they found themselves. Isn’t it better to highlight how men are taking the ship down?

Meanwhile, d&pdc has just begun (spoiler alert!) developing a female iteration of our self-righteous and, at times, prickish town mayor—Michael Soch—for our show Beertown. A small, mixed-gender group of us are already struggling with even conceptualizing who she might be. Naturally we’re wrestling with even imagining a world without one of our founding characters, the male Mayor Soch. Greater still, though, we’re challenged to develop a female equivalent who is confident, intelligent, and opinionated, possibly occasionally overbearing, but who won’t be immediately discounted as, well, a controlling bitch.

This is the generational challenge I am faced with—being “post-feminist” in an artform, field, and world still wrestling with pre-feminist issues.

I present these snapshots in the life of a Gen-X artist, administrator, and newly emerged organizational leader who is trying to find her grounding in a field dominated by male leaders, hierarchical organizational structures, and coded language, in which appearances often matter more than knowledge or skill, monetization metrics more than impact, product more than process. A field, moreover, in which I am asked, because of my gender, to carry forth the responsibilities of creating theater that holds to gender equity as a guiding principle and presents positive images of women.

Kind of a lot to put on a girl.

This is the generational challenge I am faced with—being “post-feminist” in an artform, field, and world still wrestling with pre-feminist issues. Clearly gender equality has by no means been achieved, but I know it is not going to be solved through an interactive devised theater piece about a plague or a town’s time capsule. My engagement work, whether through a dog & pony dc show or around another company’s production, requires me to invite audiences into metaphorical or literal conversation. It is my duty to shape worlds that allow for that involvement and its ensuing rich exchange of ideas to occur. Anything that stalls engagement or diverts attention from the guiding principles of the show needs to be addressed.

If audiences were focusing on A Killing Game’s representation of gender equality instead of on dying on cue (yes, the audience performed death scenes), sanitizing their hands, or strategizing about how to win emergency action kit items—we would’ve had a ginormous problem. I am glad the question about the potential male-dominated world we were presenting came up, but I believed artistically that we were telling a story about leader incompetence more than we were supporting a patriarchal paradigm. Beertown’s central character is a key dramaturgical tool in integrating audience members into this imagined small town’s ceremony. It’s imperative that he or she be amiable but debatable, charming but contentious, and never easily dismissed. Quite honestly: a more difficult needle to thread when the Mayor is a woman. (See Sheryl Sandberg’s continual public citation of the negative correlation between a woman's success and her likeability.)

As an ensemble theater artist, I believe I can and should make shows with any mix of male or female characters in order to the shape the strongest, most complex experience and tell the best story. I rely on the assistance of my collaborators to shape characters appropriate to the world we’re creating within the world in which we live. The dogs and ponies draw inspiration from pop culture and traditional narratives, and mash them up into recognizable contemporary archetypes—sometimes in positive and other times in less-than-flattering light.

I would be lying if I said I didn’t feel beholden to present positive female leaders. I am a hundred times more concerned we strike the right balance with the new female Mayor Soch than I was about the male Mayor. (In some respects, the more of a dick he was, the better.) The desire to “get it right” with Mayor Megan is due largely to the worry that otherwise, we will perpetuate negative stereotypes of women in power. Luckily, the strong desire for care and intention is shared by all members in the ensemble, male and female.

Things are not simply pink and blue any more, but gender equality hasn’t been reached in this pseudo-post-feminist point in American society. Not by a long shot. As I surface as a leader and mentor—for artists, producers, and administrators, female and male—I find myself exploring the whole picture with them—the pink, blue, and purple areas. I owe it to them all to be open and honest, explain my choices, encourage them to make their own, and follow the path that works for them—a path aligned with their artistic and sociopolitical values. What I share is what worked for me, not a prescription for navigating the world or making your art. Be willing to see it from other’s perspectives and be open to their experience affecting your forward momentum.

Who am I kidding, though—I’ll always save my best insights and tips for the ladies. We need all the allies we can get.

Devised and Ensemble
Diversity, Equity, and Inclusion
Gender
Most Discussed
Designing Collaboration: In Search of a Taxonomy of Collaborative Methods
Emily McConnell
Most Watched
The Gathering from the CrossCurrents Festival
Wednesday 4 May to Saturday 7 May 2022
Upcoming
Livestreaming a Conversation: #DeafWoke with John Autry II
Friday 20 May 2022

Interesting to think about this in the context of "the boys who run theaters" vs. the world pf ensembles - so many of which are woman-led. So in terms of process, all seems fine, but do our audiences see us as women-led or feminist (post- or otherwise), or even just attuned to these issues when they observe our work, or do we need to craft language in either/both the marketing or art that brings this to into view? Always mindful of bandwidth though... how much verbiage can be absorbed?

Thank you. I needed this today. Struggling with a female character and a deadline, and this makes me more confident to more forward.

Fantastic that I could be serendipitously supportive.

The boys who run theaters say, almost universally, "We are not looking at gender; we only think about art." It is not a matter of a single casting choice or a single show. nor does the representation of women need to be universally positive, just not ancillary, insignificant or absent. Until a concerted conscious priority--among men and women, gay and straight, black and white, and everything else-- is to promote the stories and representation of women, theatre will continue to marginalized women onstage and behind the scenes, and that enhances the oppression of women globally. If it is not our responsibility to be mindful of this, then whose is it?

Thank you 50/50. Two thoughts:1) Agree. Though I get myself in knots sometimes with prioritizing responsibilities to be mindful. There are many, and they grow with leadership (seemingly growing exponentially).2) Was introduced in the Howl on Twitter this week to the phrase "cultural visual expectation" and have been meditating on it in relation to my first snapshot.

Thanks, Rachel, for this great post. Your musings over the female Mayor reminds me of the debates that were so common in gay theatre 20 and 30 years ago. We worried then that if we wrote "bad" gay characters -- bitchy, or boozy, or sex obsessed, or selfish or shallow -- we would only be reinforcing negative gay stereotypes in the larger, straight culture. I think the questions you're wrestling with only underscores the truth of your observation that we are nowhere near gender parity -- in theatre or in the larger culture. When we are, we'll feel way more comfortable with saints, sinners, lovers, killers, cheaters and champions of any gender, color, or orientation.

Thanks to you Brad for your thoughts and including me in this exploration. Hopefully theatre-makers continually strive to shape dynamic, multidimensional characters appropriate for the worlds they're creating, in the stories they're telling, as part of the experience they're sharing with the audience.

great to read these thoughts, rachel. I have a 2 year old daughter. Sadly, though i like to think I have always thought about gender parity and feminism and culture in critical and imaginative and conscious ways, turns out, watching things through her eyes, there is lots about the world and the stories we tell and how we work with each other that I haven't been as thoughtful about as I now try to be. She'll be lucky if one day you are one of her mentors.

Thank you Michael. I am honored.