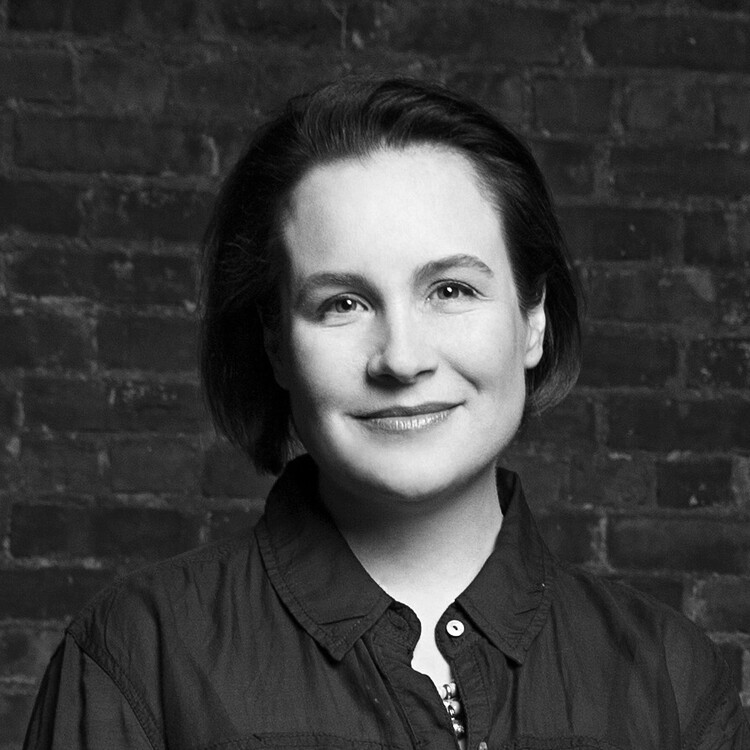 After/Life is a new play about the ’67 Detroit rebellion that braids together oral histories with archival materials, poetry, song, and dance, and is the first theatrical accounting of the rebellion told with a focus on the experiences of women and girls. Lisa Biggs developed and produced the script in Detroit, Michigan, under the direction of Kristin Horton, Associate Professor of Theatre Practice at New York University’s Gallatin School of Individualized Study. After/Life was performed the last two weeks of July 2017 in conjunction with several community commemoration events that marked the fiftieth anniversary of the rebellion. Here Biggs and Horton discuss how the decision to offer the piece as a site for community commemoration shaped the content and aesthetic choices of the production.

Lisa Biggs: When I moved to Michigan in 2013 from Chicago, Illinois, I knew very little Michigan history. That fall, stories about the collapse of the auto industry, police brutality, mortgage crisis and water shut offs, the emergency management situation, the poor conditions of the roads and schools across the state dominated the news. Michiganders around me specifically identified the issues of police brutality, workplace and housing discrimination, and nonresponsive elected officials as contributing factors to the historic and contemporary conditions.

To understand how the state had gotten here, I started reading the histories.

'I wondered where were the other stories of women and girls who lived through the events [of the ’67 Detroit Rebellion]? What might we learn about Detroit, 12th Street, local politics, the nation, and community organizing in Detroit if their voices moved from the margins to the center?’

From accounts of the July 23-29, 1967 Detroit rebellion, I realized many of the factors that contributed to the current conditions had been the catalysts for the unrest fifty years ago. The more I learned, the more one ’67 story—the murder of four-year-old Tanya Lynn Blanding by the Michigan National Guard—lodged in my heart. Blanding was the youngest victim of the rebellion, and her death was well accounted, but as I read I wondered where were the other stories of women and girls who lived through the events? What might we learn about Detroit, 12th Street, local politics, the nation, and community organizing in Detroit if their voices moved from the margins to the center? A desire to unearth and understand their experiences motivated me.

With the fiftieth anniversary approaching, I thought there might be a wonderful opportunity for a community-engaged, living history theatre project that could investigate the dominant narratives about what caused the rebellion.

Over the next two years, I engaged in archival research and worked with students and community partners to conduct oral history interviews about the events leading up to the rebellion. The research revealed that people were not only protesting police violence against black men, but against black women as well. There were several cases of police sexual misconduct prior to the rebellion that people in the city were working to remedy, including the murder of Cynthia Scott in July 1963. I developed After/Life under your direction this summer, with a fabulous cast of student and professional actors from the Detroit metro area, particularly the Virginia Park neighborhood. We staged the piece as part of the local commemoration events in Detroit the last two weeks of July, just a few blocks from the corner where it all began.

We talked at length in the planning stages about the need to foreground community engagement in the process. You said you wanted to avoid rehearsing like a “sequestered jury” because that’s how you’ve sometimes felt in institution-driven theatre, where the creative team rehearses in a closed room far removed from the audience. How did you approach the rehearsal process for After/Life with that in mind?

Kristin: In a similar way that one might ask what the language demands of us when rehearsing a Shakespeare play, community-engaged practice asks us to consider what we demand of each other. This is because relationships constitute the heart of the work. Like any relationship, trust is needed to grow, and that trust requires transparency and accountability—especially in our case since we are both from outside of the community. Opening up the work and providing opportunities for participation in the process is essential to their sustained health.

There is certainly a time and place for the privacy and protected space of a rehearsal room, no doubt, but this project challenged my thinking about when and how that space can expand and open its doors in meaningful and reciprocal ways. What I appreciated so much about the After/Life rehearsal process was the moment when rehearsals shifted from a private space to the Williams Center common area, where we were surrounded by its daily life. In the midst of weightlifting, card games, and bake sales, the show emerged. As we rehearsed people gathered, asked questions, shared their stories, and most important, conversations started and continued.

Lisa: The other day Kendra Prat, our assistant director and an NYU undergrad, asked us to think about the kind of knowledge produced by live theatre that might not be produced anywhere else. You encouraged her to also consider the ways theatre mobilizes knowledge. Why?

Kristin: It was such a great question and there are many ways to think about knowledge production in a process like this. What is also inspiring is the potential community engaged performance has to mobilize knowledge within a community. Beyond archivists, historians, and scholars are the knowledge bearers in the community—those with lived experiences. In our case, we were fortunate to have the expertise of these knowledge bearers in the rehearsal room with us. Our intention during this process was to challenge the mainstream narratives of ’67 and those with the knowledge did just that by sharing their stories. The community reclaimed a narrative.

In academia, there are often questions about what kinds of knowledge or scholarship the arts can produce, most of which reflect a lack of understanding about the form or how this kind of work is made. One member of the After/Life advisory committee, Dr. Geneva Smitherman, a Detroit native and Black Studies scholar, believes After/Life may be the first accounting of the rebellion from a black feminist or womanist perspective. That alone is a great example of how community-engaged theatre can make substantial contributions to the field.

Lisa: Definitely! Civil rights and Black power histories have largely focused upon the contributions of men. But women and girls did much of the unsung labor of everyday organizing in churches and on picket lines. Jim Crow affected them. In Detroit, police shot, beat and sexually assaulted women and girls on a regular basis. The work of civil rights organizers like Rosa Parks to end police sexual violence is not widely known, but that’s where After/Life could make a contribution. I was amazed to learn from the archives and oral histories that local organizers rose up to protect vulnerable women, including sex workers, years before the rebellion. Police violence against women was a focal point for their organizing. My hope is that by including the stories of police violence against women, and of organizers’ responses, that audiences will leave with a fuller understanding of the factors that lead to the rebellion. And that we will not forget how Jim Crow was practiced through racialized and gendered violence...And yet, neither of us is from Detroit!

Kristin: And we were trying to make a community-engaged piece that centered on community members.

Lisa: I knew I could never stage the story of the rebellion like a native Detroiter. As a Michigan State University (MSU) professor, however, I felt I had an obligation to engage Michiganders about ’67, one of the definitive events in the state's history. I spent nearly two years working with MSU students to interview witnesses, in the archives, and building networks in Detroit. When I connected with Detroiters who were already planning ’67 commemoration events, I asked if I might partner with them. By repeatedly asking what MSU could do to support their work, I slowly earned their trust.

Kristin: Earning trust is crucial. As in any relationship, one can say a lot of things backed with the best of intentions, but until humility and respect are demonstrated, it's all talk. I really appreciated how you built relationships early in the process and sustained them by creating opportunities for collaborative leadership and input from community partners. We were also fortunate to work with Chelsea Gregory, a community-engaged artist and cultural organizer, as a consultant. She gave us some great strategies, such as establishing rehearsal room agreements in the beginning that provide frameworks for navigating the process and holding one another, and most important, ourselves, accountable. One of my favorite agreements was for us to "stay on our growing edge and be willing to be changed by the process." As a director, it's a powerful reminder to listen deeply to what is happening in the room and be changed by it, continually.

And it wasn’t just in the rehearsal room. When we moved to the community center for rehearsals, another level of relationship building needed to occur with people from the neighborhood. We were about to work in their space. One of the most impactful yet simple things we did was the lemonade and cake party before our first rehearsal. We met a lovely woman and patron of the center who bakes cakes out of her home, and we hired her to bake for the event. The cast and crew hosted the party in the lobby, and it provided a fun opportunity to meet the regulars. We weren't trying to sell the show, but instead, we introduced ourselves and encouraged the kids, seniors and other patrons to ask us questions, give feedback and watch rehearsals if they wanted. We tried to be open about who we were, and when rehearsals started, we worked to enter into their space with minimal interruption.

Lisa: At times, there were challenges given all the activities happening in the space. Remember how music from the weight room made it difficult to hear?

Kristin: Yes, and Danielle Robinson, our sound tech and a local community collaborator handled it brilliantly by making an informal agreement with the weight room folks. Before rehearsal started each day, she played their favorite Motown and R&B hits. She even took requests. When we really needed the music off, they understood what they were supporting.

Lisa: The senior patrons really supported the show. They shared their memories during the rehearsals and the piece itself and expressed their appreciation for the project again and again. By the end of the run, whenever I pulled into the parking lot, the elders sitting outside would smile, wave and call my name, if they knew it. Sometimes they just called “You-With-The-Play,” which was fine with me. They appreciated what we were about, and I’m proud that we earned their respect.