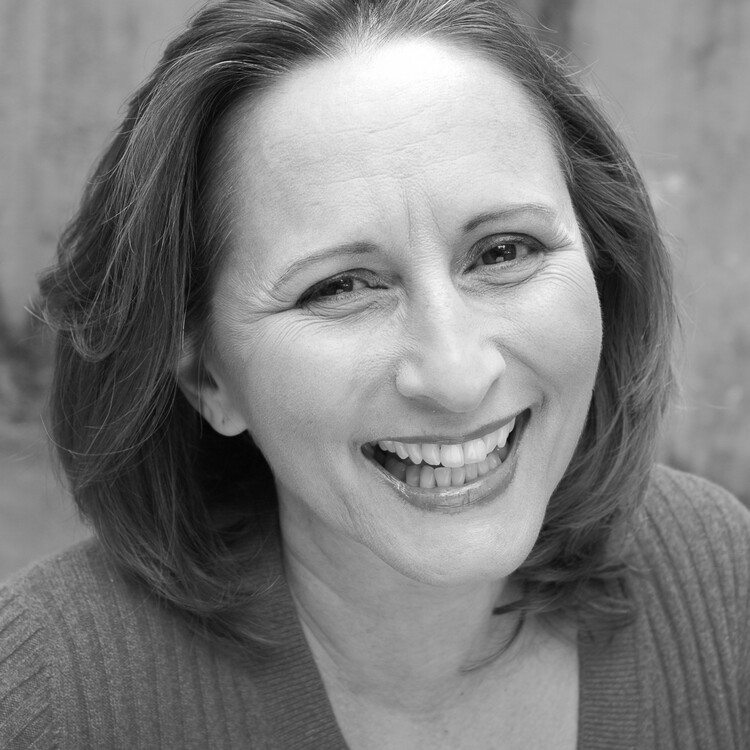 The Making of an Immigration Musical

The only thing that is constant is change. I write this as I am outlining the third version (since July 2014) of a musical comedy about illegal immigration. “Third version” does not count the versions that I created before July 2014. I am the book writer, lyricist, and producer of the musical comedy about illegal immigration, Manuel versus the Statue of Liberty. In July 2014 we participated in the New York Musical Theatre Festival’s Developmental Reading Series, a series designed to help musicals early in their development get audience feedback, and guidance from NYMF dramaturges. The musical comedy won the 2014 New York Musical Theatre Festival Developmental Series, in my opinion partly because we were not afraid to aggressively rewrite between December 2013 (when we found out we were accepted into the festival), and July 2014, when we actually did the public presentations, and partly because the piece shows promise of going on to a life after NYMF.

When I submitted Manuel versus the Statue of Liberty to NYMF, the script had thirteen characters, and was about 120 pages long. It is my first musical, and I was not sure how to cut the show, but I knew that the libretto looked way too long and dense compared to others I had studied. I worked with NYMF dramaturg Mary Kate Burke, who asked me great questions, and challenged me to throw out the whole script, and start with a new outline. I rose to the challenge, and started over—almost completely over. The process can be summarized as: outlining, writing, rewriting, tossing, outlining again, writing again. Then I listened to actor feedback and director notes about the text as we went into the rehearsal phase before the public readings. Director José Zayas has a keen sense of developing new work, profound knowledge of musical theatre, so I took about 95 percent of the advice he gave me for cutting the piece further. We had two weeks of rehearsals before we put the reading up in front of audiences. More cuts, more reshaping the text, and then the fun part: presenting it to a live audience who love musicals and are eager to share their opinions in the format that NYMF develops specifically for each musical. And it was great to see audiences responding to this imperfect, but engaging piece. It reassured me of the piece’s potential, and the power of theatre to engage people with characters who are outside the audience’s day to day milieu. People began to care about Manuel, and why he didn’t have a chance at citizenship. They followed him willingly into this bizarre boxing match with the Statue of Liberty. And Manuel was not like most of the people in the audience. And it didn’t matter—the character and the story spoke to them nonetheless. Nothing opens up audiences more than humor and music.

The whole point of the reading series was “change.” The script was supposed to change. My ability to rewrite improved. I saw eleven musicals at NYMF after our show finished (yeah, I OD’ed on musical theatre that month). I learned even more by watching the full productions, as well as the readings, especially after such an intensive process with NYMF. The number one thing I learned was the supremacy of the story. It really is all about story, and finding the right shape for the story you want to tell. So that is what this third draft is all about!

The scary fact that haunts me is that the total production budget is approximately $55,000  to $67,000, and as the producer, I have to raise all of that money. …One has to fundraise, which means pestering friends and family to donate to the production (do the math: you need a minimum of 1,000 friends donating $55 each—that’s all of your Facebook friends!)

Winning the Developmental Reading Series Award also meant that I had to form an LLC company quickly and sign a contract with NYMF to guarantee that the show would not be produced elsewhere, or read elsewhere, and would have it’s premiere at NYMF. The show receives an automatic Next Link Project award. The Next Link Program is the way NYMF helps emerging writers and producers get their show up in a fully staged version. So we made it to the next level. And then my composer refused to sign the contract, and be associated with NYMF. He had had enough of change. He didn’t want the burden of being financially responsible for a production. He was tired of the collaborative process. So another big change happened: I went on without him. I could have bailed. I could have chickened out and said it would be too hard to go on. I had to make friends with “Doubt and Disappointment,” two feelings that had plagued me continually in the process, as collaborators came and went, and support from expected sources was not forthcoming. I got my collaborators’ agreement and rode off into the sunset alone. Soon afterwards, my lyric writing teacher Adam Gwon helped connect me with the wonderfully talented David Davila. My leap of faith paid off! I was determined to do this show, inspired by the true story of a Princeton undergraduate who was undocumented, and was brought to the US by his parents when he was four. Their visa ran out, his mother applied for a green card, but it took so long that she and her son became illegal immigrants. He ended up getting a Rhodes Scholarship to study ancient Greek and Latin at Oxford. He couldn’t leave this country because of his status (he would not be able to return). As the child of immigrant parents, I was compelled to speak out about the injustice of an exceptional human being who was being denied citizenship for a technicality that was beyond his control. And of course, I had to make it a comedy, and animate the Statue of Liberty whose mission in life is to protect Americans and get rid of undesirables. David, from Texas, has seen the cruel immigration system up close, and was eager to collaborate on the piece.

The scary fact that haunts me is that the total production budget is approximately $55,000  to $67,000 (on the high/pessimistic end), and as the producer, I have to raise all of that money. This illustrates the significant financial barrier preventing writers of color from participating more in the development of musical theatre. One has to fundraise, which means pestering friends and family to donate to the production (do the math: you need a minimum of 1,000 friends donating $55 each—that’s all of your Facebook friends!)  NYMF offers fiscal sponsorship so tax deductions are possible, but if you don't know any people who can give larger donations, you have to have hundreds of friends willing to donate. So this cycle develops: if there is no support for the artist of color, their work will not be produced, unless she pays for everything herself, or is able to make up the shortfall. There are grants—grant applications and letters of inquiry…they take a while to come in, so you sit with “Doubt” a while longer, hoping that it doesn’t turn into “Disappointment.”

I am an emerging musical theatre writer, and I do not fit into the mold of the trendy writers who get produced (usually white male writers), so I am really grateful that NYMF had a blind submission process. Prior to winning the Developmental Reading Series Award, Manuel versus the Statue of Liberty had been rejected by twelve other places. Writers who do not fit into the white male model are on our own. We have to self-produce our first show/s. It’s the same in the film world—very few people get someone to produce their first film, you have to do it yourself. There is no stigma in self-producing. It is the way of the world now. It used to be different, but things have changed. My home base is the Dramatic Question Theatre (DQT) in New York City, and we realized this pattern early on, and formed our group precisely for that reason—to get our work produced. DQT’s mission is to break the color/gender/age barrier in professional playwriting.

NYMF is a great support structure for self-producing because of the guidance the staff gives the creative/production teams and the economies of scale the festival provides in theatre rentals, microphones, and press/publicity, and that’s just the tip of the iceberg. And NYMF is just plain brave—they take chances on risky, politically-themed material like Manuel versus the Statue of Liberty. They take chances on writers like me.

I’ve been accused of being nuts for accepting the award, and the challenge of self-producing a musical with the small army of artists needed to fully realize it on stage. I agree—maybe I am nuts. Women writers are under-represented in musical theatre. Latinas comprise almost zero percent of the musical theatre writers with commercial productions. We have Quiara Alegría Hudes who was the book writer for In The Heights. Did I miss one? If so please list her in the comments. I want to be comprehensive. Bridges of Madison County book writer Marsha Norman was the only woman on a creative team of a new musical on Broadway in the 2013–2014 season. There was Cyndi Lauper the previous season with Kinky Boots (and she got the Tony award for Best Original Score!) There was Winnie Holtzman, who in 2003 wrote the book for Wicked  and won the Drama Desk Award for Outstanding Book of a Musical and was nominated for the Tony Award for Best Book of a Musical (and we all know how well that show is doing). Did anyone stop to think that Julie Taymor, the genius director behind The Lion King, one of the longest-running shows on Broadway, is a woman?

The League of Professional Theatre Women (of which I am a member) created a report “Women Hired Off-Broadway” summarizing data from four seasons, 355 productions by twenty-two theatre companies. The study conducted by Judith Binus and Martha Wade Steketee found that the hiring of women playwrights for twenty-two Off-Broadway venues between the 2010–2011 and 2013–2014 seasons peaked at 36 percent in 2012– 2013, and hovers just below 30 percent in other years. So the odds are not exactly “ever with me.” Which has a funny way of fueling me on, because I believe in change. Maybe the immigration world will change, and deserving dreamers like my character Manuel will be granted a path to citizenship. Maybe producers will change, and realize that female writers are talented and bankable.

It’s been a long road full of changes, from the early days of the Dramatic Question Theatre’s Playwrights-Directors Lab where I brought in twenty minutes of material at a time, to NYMF in July 2014 where audiences got to hear the full length version for the first time. From way back in 2008, when José directed the twenty-minute one act version of the show, until now. It has changed tremendously, and I have changed. Unfortunately, the lack of a path to citizenship for kids brought here illegally has not changed. But it will change, if our show has anything to say about it.

Who else has self-producing stories? It's not easy, but if we don't do it, who will?