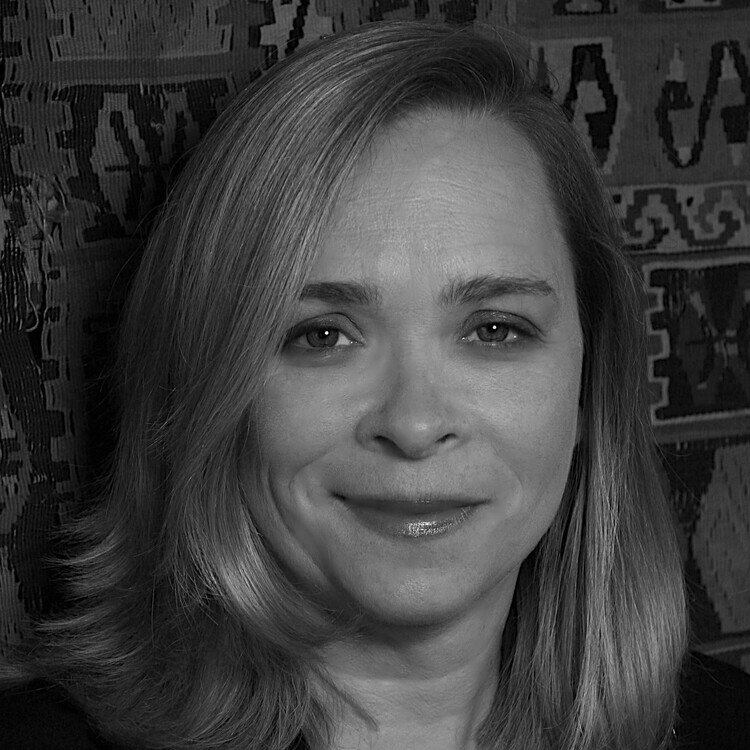 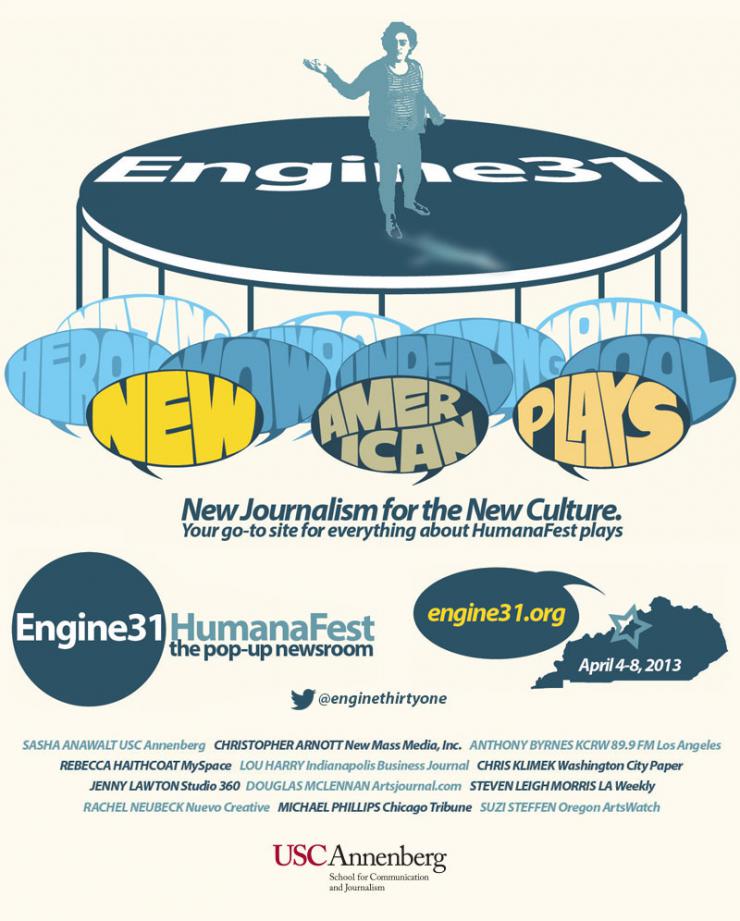 There is nothing like an existential crisis to get one popping up with a newsroom like Engine31.

When arts journalists started losing their staff jobs by the bushel load (around fifty percent of them were gone by 2007), I’d say we knew we had to do something. At the time, I was in charge of two arts journalism fellowships: The USC Annenberg/Getty Arts Journalism Program and the NEA Arts Journalism Institute in Theater and Musical Theater. Though both were for journalists, at the heart of both were artists, and the questions: How are we going to cover the arts? How can we, in effect, serve and shed light and do something meaningful for the artists without whom none of us journalists would have any reason for being?

Okay, so that’s dramatic. But true. And it relates to what we are doing at this year’s Humana Festival for New American Plays with Engine31 that will pop-up in Louisville for four days of live publishing, theater-centric action online beginning April 4, then shut down. You can see early coverage and how we are starting to take shape already here.

The Engine Series (and there have been three Engines so far) is all about trying new things out. It’s also about not operating in a void—about connecting. Connecting journalists to journalists and re-building the newsroom where people talk about—in this case with Engine31 —theater. New plays. What’s going on at Humana Festival? What do you think? Who made these works? What’s their story?

How are we going to cover the arts? How can we, in effect, serve and shed light and do something meaningful for the artists without whom none of us journalists would have any reason for being?

Journalists raise and tackle questions. It’s in their DNA to do so. But it is so much more interesting, we think, to concentrate many different questions and approaches in one place. Engine31 is a team of twelve journalists who come from twelve different media outlets or enterprises. Most would never otherwise work together, and most would not be going to this year’s 37th Humana Festival at Actors Theatre of Louisville, were they not with Engine31. But Engine31 is also open to anyone who wants to participate or collaborate or produce content. That’s the deal.

What we hope is that Engine31 is a viable model for covering arts festivals. We tried this out first in June 2011 when Theatre Communications Group (TCG) held its annual conference in Los Angeles, simultaneously with the Under the Radar Festival and the Hollywood Fringe Festival. We set up shop inside an old Engine 28 fire station and called the first pop-up newsroom Engine28—conveniently staffed by theater journalists representing twenty-eight different media outlets from across the States.

The big question we had for Engine28 was: How much attention can we get? I mean arts writers and critics can produce radically thrilling and insightful work, but if nobody sees it, what difference does it make? So, we wanted eyeballs. Could we get them in six short days with a pop-up concentrating on two theater festivals and a theater conference? Answer: 20,000 people visited Engine28.com; The Guardian wrote about it (we jumped the pond!); Huffington Post did as well, as did the Los Angeles Times and L.A.’s major public radio station.

Okay, that was cool. But then what?

After Engine28, other festival directors and administrators—including Actors Theatre—began circling us, asking if it might be possible to do pop-ups for them. Well, but who would pay? How would this work? What we saw—and when I say “we” throughout this piece, I mean Douglas McLennan who’s been chief architect of digital projects and education for USC Annenberg’s arts journalism programs with me since 2005—was a chance to test the market. What do festivals and artists need? How can we meet these needs? What will it take in terms of resources?

I went to the Humana Festival last year to see what was going on, and what I found was the most extraordinary group of people—that blissful, fabulous thing that happens when everybody, and I mean everybody, in one place is committed to an art form and high standards and untarnished love for and interest in being alive. The conditions were perfect for a guerrilla-style pop-up newsroom that could be done on a budget of (am I allowed to say? If you are interested, email me and we’ll discuss). Doug and I received such a sum as part of a larger grant from the Doris Duke Charitable Foundation. Then we hired the team.

The Engine31 team members have all worked with us before. We are paying their way and them for their work. Michael Phillips of the Chicago Tribune and Steven Leigh Morris of the LA Weekly were editors for Engine28, and the six NEA Theatre Institute fellowships before that. Lou Harry of the Indianapolis Business Journal, Jenny Lawton of WNYC’s Studio 360, Christopher Arnott of New Mass Media, Inc. and Anthony Byrnes of KCRW’s “Opening the Curtain” in L.A. were Engine28 NEA Fellows. Chris Klimek of Washington City Paper is a NEA Fellow alum, as is Rebecca Haithcoat of MySpace, who with Rachel Neubeck of Nuevo Creative and Suzi Steffen of OregonArtsWatch staffed Engine28.  And both Haithcoat and Neubeck are graduates of USC’s MA Arts Journalism Program.

Actors Theatre is giving us space for the newsroom and has helped us find hotels; we are cooperating with one another in a happy but not too cozy manner, keeping our eye fixed on that editorial firewall. Nobody wants that one down. We are also working with the Louisville Courier-Journal, sharing resources and working with its arts columnist and former NEA Fellow, Elizabeth Kramer. We hope to leave behind the shell or vestiges of something that can be popped-up again next year.

We can do this project now because we have a grant. Is it sustainable? Where there is will there is usually a way. That’s what we’ve learned. The arts give meaning to our lives. And when you are having an existential crisis forced upon you by technology, the economy and whatever other social changes, the best thing you can do I think as a journalist—and as a human being—is wrap your arms around the technology, the economy and the changes and make something. Make it together. What has anyone got to lose?

Next best thing to being there? Will do until hopefully I'm in Louisville with a play of my own. Good stuff in the pop-up newsroom!