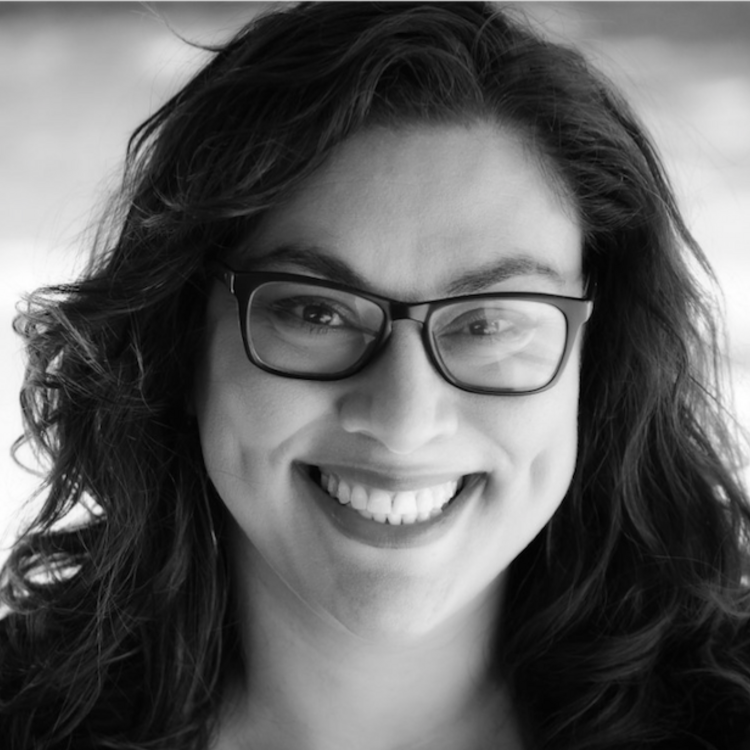 Middle Eastern America and the Theatre of Belonging

While visiting New York City for research, I happen upon a makeshift police checkpoint while strolling up Fifth Avenue. Adjusting my path to avoid it, I hear projected on repeat, “This way for Trump and Tiffany’s.” There stands Trump Tower, glistening atop murky, day old snow. Boasting a redundancy of task and intention in its title—it towers. The view from its highest floors reveals below those denied permission to walk the literal same ground as the structure’s inhabitants. Intense public resources are invested in maintaining patrol of this border—a perimeter guarding symbols of prosperity—and access seems granted only to those possessing the passport of affluence.

In a contrasting NYC experience, I attended a diverse gathering of artists, scholars, and theatregoers who welcomed one another in warmth and celebration. Noor Theatre, recipients of a 2016 Obie Award for their devoted production of Middle Eastern American (MEA) projects, hosted a reading of Heather Raffo’s newest play Noura. Directed by Joanna Settle, and featuring Dahlia Azama, Caitlin Cassidy, Peter Ganim, Fajer Al-Kaisi, Heather Raffo, and Logan Settle Rishard, Noura explores an Arab-American immigrant’s sense of belonging and home. The play’s Iraqi-American envisioning of Ibsen’s A Doll’s House emerged from Raffo’s discussions with women in Arab-American communities of NYC, and their story sharing as inspired by reading the play.

We have a profound experience—together—and stand for each other in a way you don’t often see in media representation of Middle Eastern people. Being in a room together…shifts things. —Lameece Issaq

The event was part of Noor’s Highlight Reading Series. While speaking with Founding Artistic Director Lameece Issaq, she tells me:

[Theatre] puts everybody in a room together…listening, talking, or engaging in similar emotions—it’s impactful and long-lasting…a profound experience in the theatre, it starts to change how you perceive things. We’ve been saying this for a long time—the impact of telling Middle Eastern stories, post-9/11, seeing more clearly how Middle Easterners are demonized in media and television, and seeing that grow—and when we reached this sort of tipping point around the election, it wasn’t new to us.

Issaq continues on the importance of gathering and collaborating on self-representative theatre, especially now in America:

The election is a sort of hyper-representation of what we’ve been talking about for years. So, I think the impact of live theatre is profound. We get in a room together. We grieve together, talking with our Iraqi friends about what’s going on in Mosul, with our Syrian friends about what’s going on in Aleppo, or our Palestinian friends about what’s happening in Gaza. We have a profound experience—together—and stand for each other in a way you don’t often see in media representation of Middle Eastern people. Being in a room together…shifts things. We aren’t stuck behind our screens and in our anger, grief, or fear but are coming together and doing something unifying, healing, and hopefully transformative.

The activism inherent in these gatherings is also reflected in the work they help generate. Heather Raffo, known for her award-winning 9 Parts of Desire, recently wrote the libretto for Iraq war opera Falluja. These previous works, as well as Noura, are deeply political. In a recent interview, she spoke with me about the politics in her plays:

Being Arab and American is being polarized. So, now Americans are polarized for just being American. But, they didn’t know it before. Now, they feel it. So, they know that just walking down the street they can feel torn in two…It’s political to be divided within oneself—or just torn, stretched…you’ve got characters that are pulled taught with all they’re carrying.

The Noura reading concluded with a reception where Raffo mingled and Issaq “dai-ye’fet” (offered) refreshment of “manou’che” to guests—gestures of hospitality also serving as political acts: including, sharing, nourishing, saying “I invite you. You may seek refuge here.”

Theatre exists as replicable relics of sociopolitical moments. MEA theatre includes impassioned stories of diasporic and bi-cultural lived experiences, emerging with significant momentum. My divergent NYC experiences held special poignancy set on the backdrop of that site in this historical moment. Xenophobic sentiment, especially to Middle Eastern and Muslim Americans, awakened with new ferocity post-election 2016, amid media coverage on Syrian refugees, and the recent imperial autographing of immigration bans, demonstrating the vital need and relevance of MEA theatre—the movement’s existence is a form of resistance.

In live performance, the politics of the bodies and voices in the work seep out, read and interpreted by the gaze of audience and society… All Middle Eastern American theatre is political theatre when performed on a backdrop of 2017 America.

Compatriots in my MEA artistic cohort often express concern with the tendency of theatre season selection to consolidate artists of color, forcing all to vie for limited “multicultural” slots. Organizations like Noor, Golden Thread Productions, Mixed Blood Theatre, and Silk Road Rising serve on the frontlines of combatting that, spotlighting the work of MEA artists, with increasing numbers of performers and playwrights  offering their stories. Raffo also shared with me on MEA theatre, “It’s a genre now and it wasn’t. So, this is massive. I think the next round is equal parts main stage productions…and expanding to directors and designers of Middle Eastern descent. That would be radical.”

Others in the MEA theatre community have less interest in work thematically addressing the overtly political, government, dogma, or war. Where do they fit into a politically underpinned theatre movement? In live performance, the politics of the bodies and voices in the work seep out, read and interpreted by the gaze of audience and society. The environment and social climate in which a piece of theatre exists contributes to its radical nature as influentially as its plot. All Middle Eastern American theatre is political theatre when performed on a backdrop of 2017 America.

Not all self-representational works are helpful to a revolution. Not a MEA work but extremely successful, Ayad Akhtar’s Pulitzer prize-winning Disgraced, reveals a man of South Asian and Muslim descent engaging in deception and explosive violence. Its critical acclaim means accepting this portrayal as authentic without regard for its potential as palpably dangerous. Fortunately, much other emergent work reveals a balance of empathy, dignity, and flaws, informing the American theatre conversation on Islam and the Middle East with necessary counter narratives. These works and their creators challenge the commodification of identity, resisting the grotesque commercial potential of making villains out of people. Middle Eastern American theatre as a movement in this social climate, especially in NYC, generates an agent, potent, and audacious proclamation of our presence as Americans.

I was st the Noura reading because I'm on Noor's email list. It was profound to share time in the room with actors becoming Iraqis trying to make peace with loss of home country and need to recreate a life in the country that caused their loss . The individual characters' struggles layered into my awareness as I went back into the streets of NYC filled with people who took that chosen or forced passage themselves or through past generations. Particularly those from countries Mr. T. cintinues to demonize in the hopes of coddling his '16 voters so they re-elect him.

After 9/11 when I knew hundreds of the dead st my job in World Trade Obe, I met hundreds more Muslim New Yorkers all in mourning with their fellow Americans and for their hijacked faith. I hope NOURA gets readings or productions around the country because we need the gatherings together around a play that reveals our shared humanity

Thank you MEA for representing diverse voices at such a crucial time in history. I feel arts administrators now more than ever must learn to program and present work that is truly inclusive. Particularly by focusing on inclusivity and representation throughout the entire year, rather than just when it is relevant to programming. As the author states, "Compatriots in my MEA artistic cohort often express concern with the tendency of theatre season selection to consolidate artists of color, forcing all to vie for limited “multicultural” slot". For many organizations the necessary break away from "slot mentality" is a totally new way of thinking. I would love to read an entire article written on this topic.

Thank you so much for your comment. I wholeheartedly agree. We can all appreciate the challenges faced by those running theatre organizations when crafting a season that will be meaningful as well as salable. I too hope to see a shift towards even more intentional space offered to those thus far underrepresented in American theatre - both on stage, behind the scenes, and in administration.