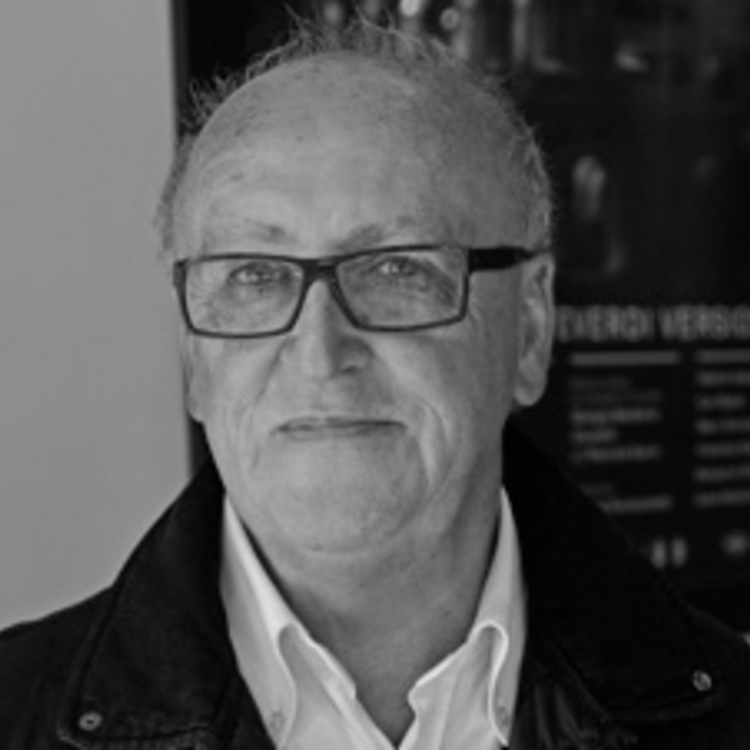 Ian
Burton
Theatre in the Age of Climate Change

An Opera for Climate Change

This week on HowlRound, we continue our exploration of Theatre in the Age of Climate Change, which began last April with this special series for Climate Week NYC. How does our work reflect on, and responds to, the challenges brought on by a warming climate? How can we participate in the global conversation about what the future should look like, and do so in a way that is both inspiring and artistically rewarding? While surfing the Internet one day, I came across the spectacular trailer for the opera CO2. Since I couldn’t drop everything and fly to Milan, I asked librettist Ian Burton if he would share his experience with me. What he writes gives us a sense of the ambitious scope of this project. —Chantal Bilodeau

I started writing the libretto for Giorgio Battistelli’s opera CO2 in 2013, commissioned by La Scala Milan. I was given a generalized briefing of structuring an opera around the theme of Global Warming. I remember that my first concern was whether such a thing had been attempted before.

A number of films, documentaries, plays, and performances dealt with some aspect of the theme. Knowing that Giorgio Battistelli would have the orchestra, chorus, and great soloists of the most famous opera house in the world at his disposal, I wanted to provide him with a text that would both inspire him musically and give him maximum scope for vocal and orchestral expression. For example, big chorus scenes would allow him to show off the vast and brilliant orchestra to the full, while powerful, lyrical and exciting arias, duets (and, in the event, octets) would highlight soloists.

Giorgio and I previously worked together on a production of Richard III commissioned by the Opera of Flanders in 2005. Subsequently, the opera toured in Ghent, Dusseldorf, Eindhoven, Strasbourg, Geneva, and in Turin the next year. For Richard III, I abbreviated Shakespeare’s longest play looking for its most sing-able moments. Then, I composed three big chorus scenes of coronations, which were not in the original play.

When thinking about CO2, I went back to Joseph Haydn’s two great dramatic oratorios, The Creation and The Seasons, for inspiration. Before specifying the disastrous impact of Carbon dioxide emissions, I needed to the wonder and glory of the miraculous design and diversity of our planet, its seasonal changes, and its biological variety. Haydn did something similar by using Biblical texts and James Thomson’s poems.

Structurally and textually, I thought of the libretto as a Postmodernist poem where images, ideas, and themes bounce off each other, provoking new trains of thought and generating new imagery.

Initially, I wanted to divide the piece into twelve sections to represent the months of the year, the Zodiacal signs, and the hours of the day. Within these twelve sections, I would deal with twelve different aspects of the theme, such as Creation; the Kyoto Conference; food miles and supermarkets; CO2 emissions and air travel; tsunamis; hurricanes; the Apocalypse; bio-diversity; and the Garden of Eden—a nod to Haydn’s Creation.

Although thematically satisfying, the twelve sections proved a bit too lengthy and unwieldy. So, I cut my piece to nine scenes on different aspects of climate change with a prologue and an epilogue. The central character David Adamson is a climatologist, sung by baritone Anthony Michaels-Moore, who introduces the project in a rather dry lecture on Global Warming. His lecture is constantly interrupted by trigger words like “creation,” “Kyoto,” “tropical cyclone,” and “Eden.” He also states, “All my life I have wanted to tell the story of an atom of carbon.” We are then taken into outer space, a beach in Thailand, a supermarket, an airport lounge, Eden, and so on.

The frequent interruptions of the lecture are theatricalized with the use of video provided by Tony Award winner Finn Ross, film of Ed Burtynsky’s amazing photographs, and choreography devised by Marco Beriel. Meanwhile, David attempts to discuss sustainability, deep ecology, practical environmentalism, and tropical cyclones. He also discusses the metaphysical and poetic definitions of the Seasons and James Lovelock’s “Gaia Hypothesis,” amongst other things.

In addition, director Robert Carsen and designer Paul Steinberg came up with a device inspired by the Apple Mac computer, which David has at the beginning of the piece. The computer becomes “a stage within a stage” on which all of the sung and danced action of the opera takes place as if it’s on the Internet.

Structurally and textually, I thought of the libretto as a Postmodernist poem where images, ideas, and themes bounce off each other, provoking new trains of thought and generating new imagery. Different languages like Latin, Ancient Greek, Sanskrit, Arabic, English, Russian, and Japanese mirror the global and timeless aspect of the theme. Then, quotations from various sources, such as Shakespeare, James Lovelock, Rachel Carson, and Alfred Russel Wallace along with the Psalms, the Vedic scriptures, the Homeric Hymn to Gaia, and the Kyoto Protocol add layers to the voices in the opera.

Once I structured the scenes, the characters came quite easily. For example, an offstage chorus of boys recite Psalm 18: “Caeli enarrant gloriam Dei.” The audience is also present at the beginning of Creation when the four Archangels Michael, Raphael, Gabriel, and Uriel fly in from the heavens, hovering above a group of four scientists whose texts derive from a variety of twentieth century sources. They first appear when David is talking about the pre-Socratic philosophers Thales, Anaximines, Theophanes, and Heraclitus. Thus, we have an octet of voices, plus a boys' chorus, singing of the wonder of Creation.

In the airport scene, angry passengers briefly talk on their mobile phones, while David talks to his research assistant about figures and data relating to CO2 emissions from air travel and private jets.

Other characters emerge from the different scenes, including Mrs. Mason whose brother-in-law drowned during the Tsunami of 2004; Thai hotel manager Mr. Changtalay who works on a beach in Phuket; and Adam, Eve, and the Serpent in Eden. Finally, Gaia, the goddess of the Earth, sings her threnody on the disaster Man has caused on the Earth, in the environment, and in the atmosphere.