Respecting Tradition In Redefining the Present 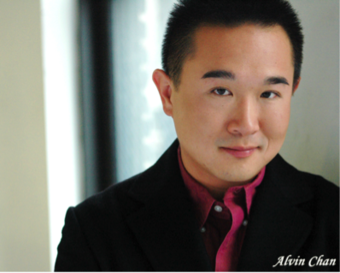 One of the greatest things about living in Hawaii is its cultural diversity. The unique cultural make up of our islands provides a spectacular melting pot of colors for our ethnic canvas. Each culture that resides here is full of history and tradition, both from before its insurgence in Hawaii, to afterwards, its evolution as a culture in these islands. From the native Hawaiians, to the Portuguese, and the myriad of Asian cultures that settled here, each ethnic group that has stayed in Hawaii has added to the multicultural face of these islands.

This cultural layering is perhaps most evident in our cuisine. Here in Hawaii you can find authentic food from Hawaiian fare, to Thai and Vietnamese. You can also find a myriad of fusion restaurants from Eurasian to Tapas with a tropical island twist. I believe that our arts scene mimics our gastro scene. Here one can find many different traditional art forms, as well as new age art forms that pull from various cultural backgrounds in order to create a fresh artistic experience that is still steeped in cultural relevance.

The University of Hawaii at Manoa is home to one of the strongest Asian theater and dance programs in America. Artists from Japan, China, and Indonesia are brought in to teach traditional theater and dance forms ranging from kabuki and butoh, to Bejing opera and bharatanatyam dance. Here students can study in depth many traditional performance forms from all over the world, while also studying the works of traditional western artists from Shakespeare to Brecht. While students tend to study these different art forms in their most traditional modes at the university; this cross cultural menu leads to a wide array of fusion inspired pieces from theater, to dance, and music presented both at the university, and in the community.

A similar approach can also be found in hula. Hula is the most iconic form of story telling in the Hawaiian culture. The hands tell the story which is also chanted. It is split into two main categories, one style called kahiko, which only incorporates traditional movement, chanting, and instruments, and tells stories of ancient Hawaii. The other style of hula is called auana—it uses modern instruments and song, and tells more modern stories. Just as hula is very reverent to its ancient traditions, it can also be very modern and continues to evolve. Halau, or hula schools, have many different styles and schools of thought. Some are fiercely traditional, while others are wildly creative and exploring new ways of expression.

In theater, this idea of melding traditional practices in with modern story telling and theatrical practices has been the backdrop for many new works. At the Honolulu Theatre for Youth, we have been searching for new ways to present young audiences with traditional theater from their genealogical backgrounds, while fusing them with new age pop-culture. In this sense, a child could attend a theatrical performance, and have just as much knowledge to impart upon their adult counterparts and vice versa. For example, when creating a show that is centered around a Japanese aesthetic such as “anime” or “Japanese animation,” we incorporate ideas from traditional Japanese theater forms such as kabuki, and bunraku (Japanese puppet theater) in order to create a world in which tradition and new age can harmonize and add to on another to create a new style of storytelling.

At the Honolulu Theatre for Youth, we have been searching for new ways to present young audiences with traditional theater from their genealogical backgrounds, while fusing them with new age pop-culture. In this sense, a child could attend a theatrical performance, and have just as much knowledge to impart upon their adult counterparts and vice versa.

Likewise in presenting a Korean version of the Cinderella story, we go into research of what traditional Korean theater and dance forms exist, and then unite them under a modern, broader umbrella of Korean pop music in hopes of creating a new arena in which young and old audiences alike can enjoy a new age retelling of a classic piece.

Revisiting traditional cultural theater forms and fusing them with modern material that is culturally relevant to our local demographics has led to the creation of many unique productions that draw in audiences from different ethnic groups that may not usually get represented within the medium of theater. Usually when we think of producing a piece that speaks to a certain ethnic demographic, we tend to drift towards finding stories that come from that region, we look at the pre-existing performance forms that region already presents, and use those traditional forms to tell countless new stories and widen our artistic canvas.

But in this practice of rejoining tradition with modernity, a fine line of respect and due process must be observed. An artist cannot presume to master a traditional art form in a few months or years even—that can take a lifetime to achieve. In this endeavor, conducting thorough research and finding the right collaborators is key to the success of the art. This brings us back to why Hawaii is so special a place to the modern artist. Here on the islands, we can find artists skilled in so many different forms from all sorts of cultural backgrounds. From Korean dance, to Japanese taiko, to capoeira and African drumming, these artists all reside in our islands, and are available and open to collaboration in many avenues of art.

An overview of the Honolulu theatre scene.