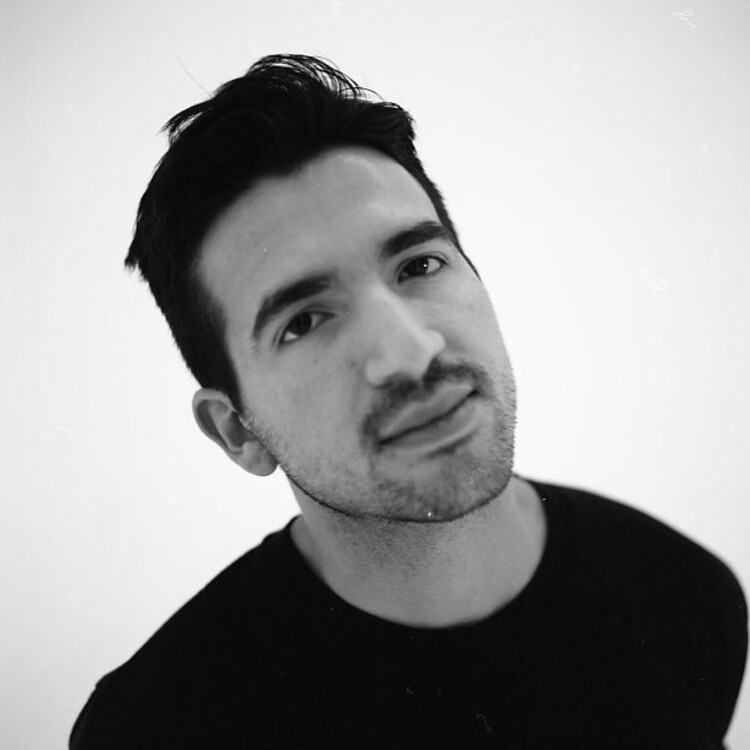 Upon entering the theatre, ushers in white robes offer you warm hand towels out of picnic coolers. Royal Osiris Karaoke Ensemble’s (ROKE), The Art of Luv (Part 1): Elliot, is a 1980s new-age dreamscape, a staged ritual pastiche. Part of the Public Theater’s 2016 Under The Radar Festival, this evening’s young and generally hip audience seems slightly bewildered. There are neatly arranged rows of white electric candles casting a soft flickering glow along the floor. ROKE co-founders, Sean McElroy and Tei Blow are seated on patches of turf, placed over a raised platform. They wear white satin robes and gold face paint while meditatively playing an amplified dulcimer and an electric harp. The Public’s Anspacher Theater, with its beautiful vaulted ceilings, has been transformed into a plastic temple, or a temple to plastic. Nearly everything that could be considered ritually symbolic about this set is in fact made of petroleum. From the top row of the center section, it becomes clear that bottles of Poland Spring and Jägermeister are tucked behind the on-stage sound mixer, manned by technical director Eben Hoffer. As the house lights dim, McElroy and Blow simultaneously hold up unlabeled VHS tapes, before purposefully inserting them into their respective archaic vessels—a VCR and a VHS camcorder—signaling the beginning of their video-ceremony.

ROKE works at the crossroads of American abundance, historical authenticity, and ritual power. Their performances apply the procedural aesthetics of ancient religions to the mundane imagery of contemporary American life. Their latest piece, The Art of Luv (Part 1): Elliot, plumbs the Internet for approximations of love and intimacy, as illustrated by a medley of instructional, dating-advice, confessional, and self-help videos. Over the course of a sixty-five-minute performance, ROKE creates a whirlpool of video evidence to substantiate the theory that, while the Internet and mass media were invented as a means of communication they have, more clearly, brought about growing social alienation and the loss of physical intimacy.

ROKE creates a whirlpool of video evidence to substantiate the theory that, while the Internet and mass media were invented as a means of communication they have, more clearly, brought about growing social alienation and the loss of physical intimacy.

The show is made up, in its overall majority, of silenced, found video clips projected onto three flowing canvas curtains draped behind the performers. The video clips range from instructional home videos professing to teach viewers “what women really want,” to vapid YouTube confessionals about purchasing cheap products, known colloquially as “haul videos.” These seemingly unrelated clips are interspersed with the self-produced videos of Elliot Rodger, the twenty-two-year-old, UC Santa Barbara student who, in May 2014, frustrated by his seeming inability to speak to women, murdered six people and injured thirteen others before taking his own life. Elliot Rodger is the namesake of the piece. In his videos, posted just hours before the murders, Rodger lashes out at the “girls” who don’t pay attention to him, “look at me, I’m magnificent” he says.

Only the bodies and voices of McElroy and Blow make these disparate videos into a somewhat cohesive statement on materialism, masculinity, and love in the twenty-first century. The clips are silenced, and so, in a sort of karaoke format, McElroy and Blow speak to become the voices for the videos projected above them. The spoken text is almost exclusively about what makes men attractive to women. Many times throughout the evening, audience members either cringe or chuckle. McElroy and Blow’s delivery is always neutral, and markedly non-emphatic. They voice women and men in the same tone. They effectively de-gender themselves on stage, which is poignant given the decidedly gendered focus of the show’s text. In doing so, McElroy and Blow become decidedly non-human and so do the videos. As if holding up a mirror to the mundane, by ritualizing trivial manifestations of real human sentiments, The Art of Luv (Part 1): Elliot imbues them with an almost mystical quality.

The three men onstage maintain this supernatural aura, until the video-karaoke format is broken, and they physically touch for the first time. Hoffer kneels down, while McElroy lays belly up over him. Rather than give voice to a video, McElroy simply relays, into a hand-held, gold-plated microphone, a list of the qualities that make a man successful with women, as if summarizing the lessons of the piece in its entirety. While delivering this list, splayed belly up over Hoffer, Blow empties a box of sushi over McElroy’s bare chest, in clear reference to the Japanese practice of nyotaimor —eating sushi off of the nude body of a woman. Blow eats the sushi off of McElroy, offering some to the audience members in the front row, while McElroy finishes off his list with, “a man who is successful with women comes from a paradigm of abundance.”

The Internet, in certain ways, has introduced us to a paradigm of unprecedented abundance. Much less a series of tubes than a murky community swimming pool, the Internet has facilitated an era of over-sharing. For Elliot Rodger, the Internet provided a vehicle for the social attention that he did not find elsewhere. The unnamed people in those YouTube videos, similarly, were searching for vehicles of mass relation and expression. Through ROKE’s ritualized interpretations, these seemingly banal, mostly inward-looking videos, full of platitudes and generalized sentiments, approximate a contemporary worship of self. It is physical contact that eventually breaks the spell.

The Art of Luv (Part 1): Elliot is a conceptually heavy, extraordinarily reflexive, and ultimately mind-expanding piece that questions our contemporary understandings of intimacy and love through our use of the Internet as both a means of communication and a means of reflexivity. As tragic as the murders in Santa Barbara are, not confronting the societal issues that undergird those murders would be even more tragic. ROKE’s work could represent an important step in the right direction.