A Sci-Fi B-Movie for the Musical Stage

Wild Women of Planet Wongo is a "wacky, B-movie inspired sci-fi comedy about two astronauts that land on a planet of beautiful warrior women who have never seen men.” The show was described as interactive and roving, taking place at a Lower East Side bar called The Parkside Lounge. A concept like this could be textbook sexism, but the reality proved a little more complicated.

I oscillated between cringe and hopeful inhale as this immersive show in a bar back room took me on a roller coaster ride of expectations. This started early; a pre-show announcement firmly articulated that “inappropriate advances” toward the performers was a no-no, and would result in expulsion. Though my complimentary neon-green “Wongotini” was so sweet it turned my stomach, there was hope for this show yet.

Wild Women of Planet Wongo follows two straight white male astronauts, Ric and Louie. While on a mission to bring their cargo of snack food to the intergalactic realm, their ship and its control center (a disembodied cartoon eye that speaks) crashes on Planet Wongo.

When the astronaut men land, the Wild Women descend and my eyebrows were raised. In the midst of the skillful, high-energy belting that this chorus greeted us with, I noticed that all of these purple-clad ladies somehow seemed to have the exact same tall stature, flat stomach, curves, and chest size. Which, to clarify, was on the bustier side. Interesting that in this world, beauty standards for women remain the same even when you leave planet Earth.

These women are anything but passive. They’re loud and they take up space. Though intrigued by the men, they aren’t totally eager to fulfill the travelers’ fantasies. Rather, they see the astronauts as potential “man-slaves.” Aided by Wongo Weed, which is exactly what you think it is, they immobilize the drooling men and cart them off to all-powerful Queen Rita.

The bold and brash Rita explains this enslavement is in accordance of the biblical Book of Wongo and its three commandments: “captivate, ovulate, consume mate.” She then sings a song all about the beauty of going “by the book” rather than your own desires. It’s worth mentioning that, for some reason, none of the women understand what the word “ovulate” means.

“Sex with the men is essential and should be enjoyed. Long as you vow not to fall in love,” Rita adds, and all the women titter rather than question the notion of mandatory sexual activity.

Upon learning that he and Louie may soon go from men to meals, Ric disguises himself as a Wongo Woman (an unfortunate perpetuation of the idea that a man in a dress is funny) and tries to convince the others to rebel against their queen.

“It is time to free yourselves, free ourselves from laws and rulers that oppress,” he implores the women, handing out protest signs with phrases like “Eating men is bad taste.” This attempt at liberation is almost inspiring, but ultimately feels more reminiscent of a man using emancipatory lingo to charm and ultimately subdue women he considers a threat.

This campy attempt at empowerment becomes suspect considering who is behind the show…Women may dominate the cast and story, but it’s crucial to consider who created this world they are inhabiting.

After some drama, it is revealed that these women merely misunderstood their sacred text. Instead of consuming the men like choice cuts, they must “consummate.” Even after an entire musical number praising rebellion and revolution, now that the commandments are less cannibalistic and more relevant to the men’s interests, the show ends with everyone celebrating and obeying.

This campy attempt at empowerment becomes suspect considering who is behind the show. Indeed, Wild Women of Planet Wongo’s writer, producer, director, and lyricist are all men. Women may dominate the cast and story, but it’s crucial to consider who created this world they are inhabiting. 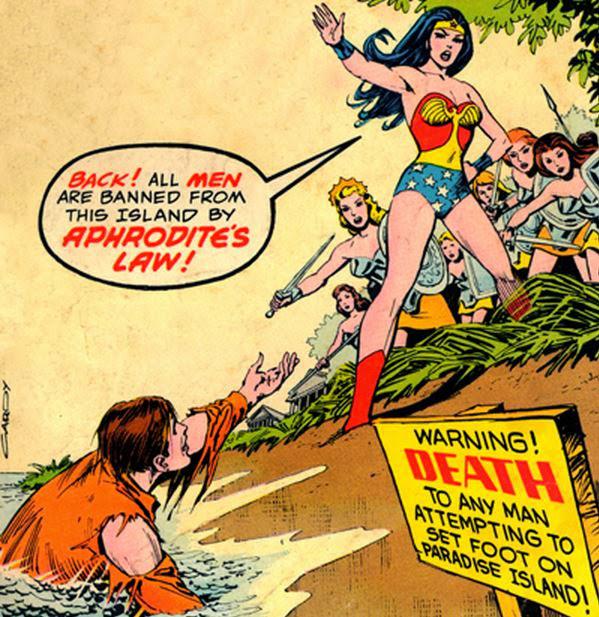 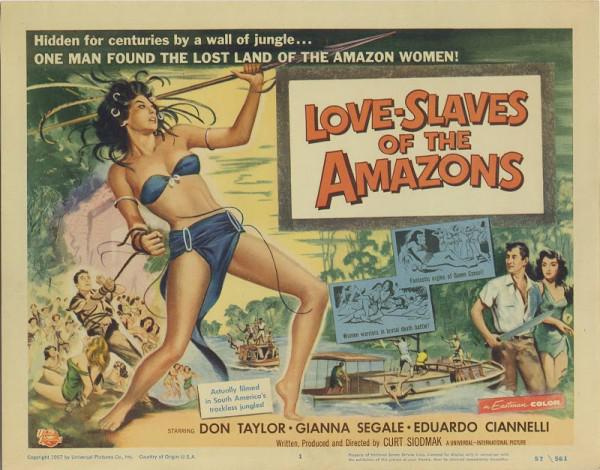 Wild Women pays consistent tribute to sci-fi and B-movies, which is sometimes more obvious than at other times; i.e., Ric and Louie’s space mission is “bringing snack foods where they have never gone before!”

These genres have an insidious patriarchy of their own. In The Guardian, Damien Walter (yes, a man, I know) notes that while the genre of science fiction was carved out by a woman, which Walter traces to Mary Wollstonecraft Shelly’s Frankenstein, this legacy has been poorly acknowledged. Lists and award ceremonies celebrating sci-fi only seem to invite male writers to the party, save for an occasional handful of women. This, he argues, discourages women from joining, and praises male mediocrity.

So it’s a man’s world, but women populate it. These aren’t ordinary women, they’re powerful. This trope is nothing new; the fierce Amazonian woman archetype appears frequently enough in B-movie posters and the like for me to wonder if all these men are really just wrestling with an affinity for fem-dom.

“It seems that in science fiction writing, as in science, women have not always been welcome as equals,” Aya de Leon notes in The Toast. “Instead we have been welcome to play the role of sassy intergalactic cheesecake, helpless interplanetary ingénue, or wanton extraterrestrial sex kitten.”

An all-female planet receiving curious male visitors is another trope the show embraces. Fandor Keyframe’s Catherine Stratton made a video essay all about this B-movie subgenre, showing clips emblazoned with text like “ever-lastingly beautiful and without men for centuries!”

In her video Lady Lands, Stratton compiles excerpts from 1950’s films that feel a lot like Wild Women of Planet Wongo, like 1956’s Fire Maidens of Outer Space, about women on the moon “dedicated to…holding captive all who fall under their spell.”

“Lady Lands are not-so-thinly veiled fantasy stories for men, disguised by female empowerment,” the video argues. “It’s a set up. It looks like a woman’s world, but somehow the men always end up the winners.”

Stratton’s “quintessential example” of the subgenre is Queen of Outer Space, which involves astronauts crash-landing on a strange planet and being captured by a horde of women and their powerful, man-hating queen. Despite their vitriol, some of the women admit a liking to the men, proving correct the men’s assertion that they’re concealing their true attraction to them. Because, deep down, all women just need a man in their life to figure it out.

This retro fun should not cause your brain to travel back to a time in which misogynistic tropes are waved off if they are coated in catchy tunes, silly wigs, and nerdy genres.

Parts of the musical deviate from the subgenre Stratton outlines. In these old films, women end up defeated and powerless. Wild Women ends happily, with a mutual celebration. However, there’s almost something more insidious about a planet of women ultimately welcoming these off-color invaders and accepting that the law of the land now requires them to get it on.

The show got some attention from critics. In a review for the blog Front Row Center, Donna Herman notes “the problem here is that a parody or spoof is supposed to skewer and turn upside down familiar tropes. In Wild Women of Planet Wongo, there are some cringe-worthy male/female and ‘native’ stereotypes that went by without comment.” Still, she recommends the show to fans of sci-fi and B-movies, furthering the notion that these stereotypes remain acceptable when nestled in these genres.

Especially in these politically-bleak days, many have spoken of escapism as a necessary force to keep our brains chugging along. It is undeniable that Wild Women of Planet Wongo allows for escape; many attendees exclaimed with delight or glowed with nostalgic bliss. But this retro fun should not cause your brain to travel back to a time in which misogynistic tropes are waved off if they are coated in catchy tunes, silly wigs, and nerdy genres.

“...It's the publisher brave enough to break from the discriminatory definition of science fiction and reshape the genre around this untapped audience who will prosper. As will the writers who stop reinforcing the inherited prejudices of a patriarchal genre,” Damien Walter writes. He’s talking about literature, but his words ring true for any medium, live theatre included.

Sean Anthony Chia examines the impact of a powerful story—one without spectacle—through the lens of Isaac Gomez’s the way she spoke.