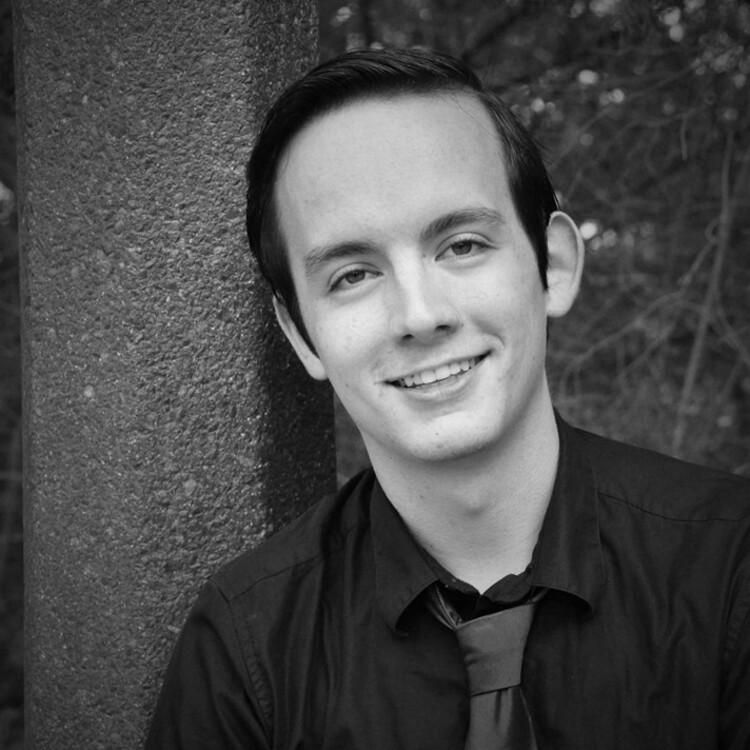 Andrew
Roblyer
Drinking from a Firehose

Why You Failed & Getting People-Focused

Sometimes, the best way to study a theory or philosophy is to implement it and learn from the results. This twelve-part series is the year-long account of one young artist’s efforts to start a new theater company and put into action what he has learned and is learning from the HowlRound and #newplay community.

I’m running behind. I need to adjust. Please bear with me.

These three statements are pretty indicative of my state of mind these days, as well as the status of this blog series. I wouldn’t blame the HowlRound staff if they never wanted to work with me again, considering that I haven’t turned in a blog post in over six months. (In reality, however, they are incredibly understanding and sought me out several times to see if I wanted to finish out the series.) Turns out, starting a theater company from the ground up is as much work as I was expecting…times ten.

But somehow we’ve made it through two full productions, have paid almost all of our bills (including small stipends to all of our artists) and are working on our third and final production in this first season.

So I’ve decided to share some realizations I’ve had over the past six months with you. These are lessons I’m in the process of learning and solidifying; they are templates within which I’m trying to work. I hope you find them useful or thought-provoking, but if all that happens is a knowing nod or grin, that’s perfectly okay too.

Realization One: Trying and failing only become beneficial when you can clearly communicate why you failed.

One of my goals when we started rehearsals for our first show, Going Dark by Elizabeth Keel, was to maintain a much more open rehearsal structure. I have to work very hard to trust my fellow artists sometimes, and so I felt an imperative to put myself in a position where I absolutely had to. I changed my preparation, choosing to prepare in a more abstract way. I prepared, but only in my head. No blocking got written down ahead of time, very few goals found their way through my pencil and onto my script. It was terrifying, not being able to look down and see a map laid out in front of me. It forced me to trust my ensemble.

Unfortunately for them, this was something I intellectually understood but did not successfully communicate. I think that my directorial choices and the manner in which I pushed decisions back onto them was disorienting for my fellow artists. They handled it like pros, and there’s always the possibility that I’m projecting my discomfort onto them, but I think it’s safe to say that inconsistency is never easy to deal with, even when it is understood.

After a particularly frustrating rehearsal (for me) in which I made a decision to move back to a more traditional directorial process to speed through a scene we needed to block, I realized that I had failed to articulate my internal process for the ensemble.  After they had gotten used to a question-based blocking process, I was jumping back to a “go here, do this” process without any warning or explanation. This meant that the small lessons and observations I was learning were nearly useless to the process because my team, shockingly, had no way of reading my mind.

So while no decision I made was a complete failure, the parts that failed were useless in our process until I could start articulating why they failed and what I was doing as we moved forward.

Thankfully, I managed to have this realization before the show went up, and I changed to become much more intentional about how I explained my thought process to my ensemble. This meant that I had to understand my own decisions well enough to articulate them, and that alone was a powerful tool in honing my direction. But what surprised me most was the galvanizing effect that had on my collaborators. The ensemble not only appreciated my openness and honesty about my struggle to find the right balance, but it gave them the strength to start asking more questions themselves, and offering advice.

Now, two productions later, ensemble members who once hesitated to ask questions just for clarification are jumping into the blocking process with ideas and suggestions galore, giving us diverse perspectives and pushing and challenging all of us to be able to articulate why.

Our ensemble has become a community. People are starting to gel, relationships are starting to form. I am just returning from a weeklong trip to a conference in Chicago and three rehearsals took place while I was gone. I credit a significant amount of this community building to a simple mentality: our people matter more than our projects.

Stuff happens. People have unexpected work commitments come up, they have health complications, they burn out, they get tired. In other words, people are human.

So often, I feel like theater I’ve participated in loses sight of that. Yes, there comes a point at which you simply can’t bend, can’t rearrange, and have to stick to your guns.  But that point comes a lot later than most people think it does. This is especially true for an ensemble company like ours. Of course, this means that there are plenty of opportunities to freak out when you discover a last minute conflict, or someone’s work schedule gets changed.

Like when our first production, Going Dark didn’t get a final dress rehearsal because too many people were sick and so I cancelled the rehearsal.

Or when we only got a single tech run through for our second production, Spake by David L. Williams because of space issues.

But what I’m learning is that 90 percent of the time those issues are manageable. No, they’re not ideal, but they’re manageable. After all, This Is Water Theatre’s namesake, a speech by the amazing David Foster Wallace, is about how we choose to view the world around us. And if we can’t be gracious and understanding with each other, how can we hope to speak to our audience?

Thanks for reading, and this time I’m not disappearing. More thoughts to come!

I'm so glad you are back, Andrew.

Andrew
Roblyer
Thoughts from the curator

This twelve-part series is the year-long account of one young artist's efforts to start a theatre company.

I'm so glad you are back, Andrew. As a young playwright from Texas watching so many theater companies start, fail, pick up, and/or fall apart in Toronto over the past year, it has been great to listen to the story of an important, necessary theater company growing up in a place that really needs more quality theater. I hope you can finish the series. It's constructive and I love hearing about your process.

Andrew, I found your discussion of different methods of blocking interesting. I recently performed in a very short piece with two other actresses, one of whom is a very established and skilled director in our part of the world. I expected direction from her, then realized that she had decided that we would direct ourselves collectively. At first I panicked, and then it became very freeing, and it was great to feel that I did not have to worry about meeting a director's expectations, and our result was very successful, I think this approach works quite well for very short plays, or even in longer plays in scenes where blocking is being worked out. There is a point however, especially in full length, in which the lack of a road map (and yes, the director brings that) makes actors uncomfortable and disoriented, and you lose the fun of working it out yourself. I always think what works best is for actors to work out the "smaller blocking" on their own (as long as it supports the production) within a set framework of "larger blocking" if that makes sense, i.e. directing without "microdirecting."