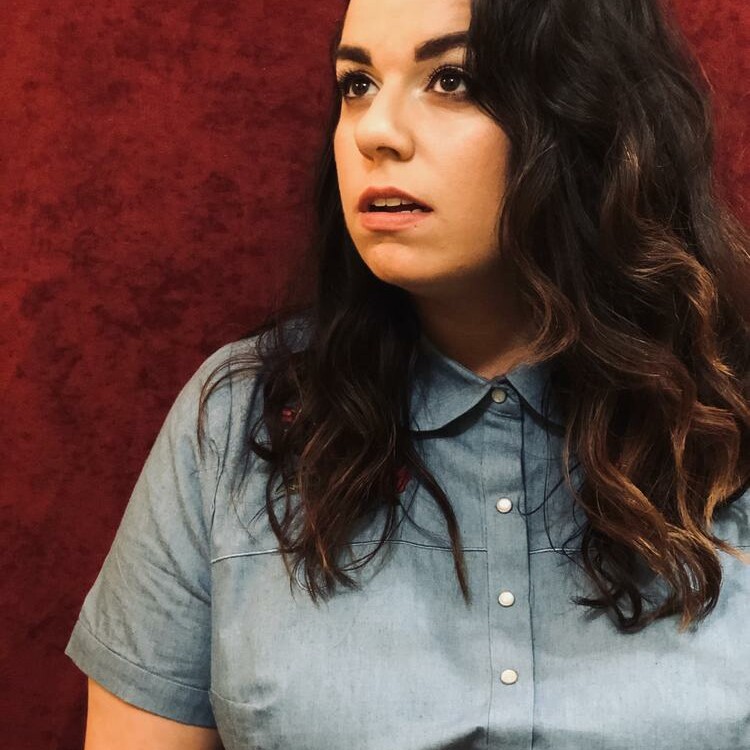 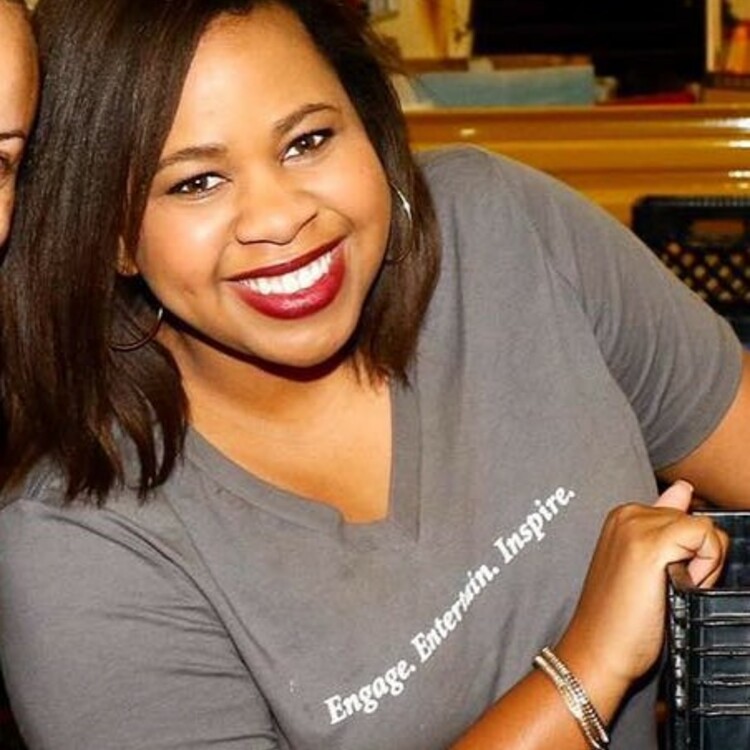 We, two women with intersectional identities living and working within the Dallas, Texas theatre community, write to speak out against violence toward women, gender inequity and inequality, coercion and control enabled by ongoing abuses of power, and other injustices that disproportionately affect women in our community.

We live in a time and space that is suddenly inundated with #metoo and #timesup social media movements, yet as women, we know that there is nothing “new” or “trendy” about sexual abuse. Women have borne the brunt of sexual assault, harassment, and oppression since time memoriam. Despite the ever-presence of violence, this emboldened spotlight on gendered abuse can often feel overwhelming, disheartening, and sometimes even confusing. Trauma, in particular sexual trauma, is a reality for far too many of us, and there is no singular “correct” way to process, heal, and move through (not “forward” or “on from”) traumatic experiences. Hence, we utilize the form of the manifesto, which has emerged historically among artists, writers, and revolutionaries alike to “challenge and provoke” the normalization of oppression, and among radical feminists, as Kimber Charles Pearce states, as “an idiom of resistance against the patriarchy” and rape culture.

We were inspired to write this manifesto to work through our individual and collective experiences as one response to the narratives of violence, sexual abuse, and callous indifference perpetrated by theatermaker Lee Trull, which ultimately led to his termination at Dallas Theater Center last year. We call out his name, but we will not mimic some of our local media by indulging a narrative that rewards Trull’s continued abuses of power and privilege. We recognize he is one of many, both implicit and complicit, actively upholding the tenets of rape culture. Instead, we return to what we believe is and should be at the core of collective efforts to name, locate, and ultimately end sexual violence; we seek to offer space to foreground women’s experiences, knowledge, and narratives.

Women should be valued, women should be heard, women should have spaces where they can speak their truths about personal traumas if they so choose. These basic statements should be uncontroversial; and yet, such basic declarations of human worth and value seem to be under attack from myriad sources. We demand a cultural shift that starts by deeply listening to our/their stories, a shift that will entail thoughtfulness, empathic listening, and informed sensitivity.

In order to activate change within our community, we look to excerpts from Nigerian writer Chimamanda Ngozi Adichie’s Dear Ijeawele, or A Feminist Manifesto in Fifteen Suggestions, to clarify the purpose of this manifesto:

In an era marked by abuse of power in the workplace, what has become evident is that cis and trans women have not been permitted or encouraged to be their full selves, and have had to compromise on parts of their identity in order to remain unpunished within systems of power. We cannot erase the etchings of race, gender, class, and sexuality on our bodies, nor should we have to for the purpose of maintaining a hierarchy that often fosters toxic masculinity, permits white fragility, and diminishes women. This process of identity elimination rings true in the Dallas community, which perpetuates a culture of silence around sensitive subjects; this silence does not protect victims, but prompts assailants to continue their bad acts. Breaking this pattern of silence requires the board, leadership, and staff of an institution to actively create spaces where women are valued and respected daily and a system of practices in place for reckoning with accounts of violence, harassment, and injustice in a swift and measured way. 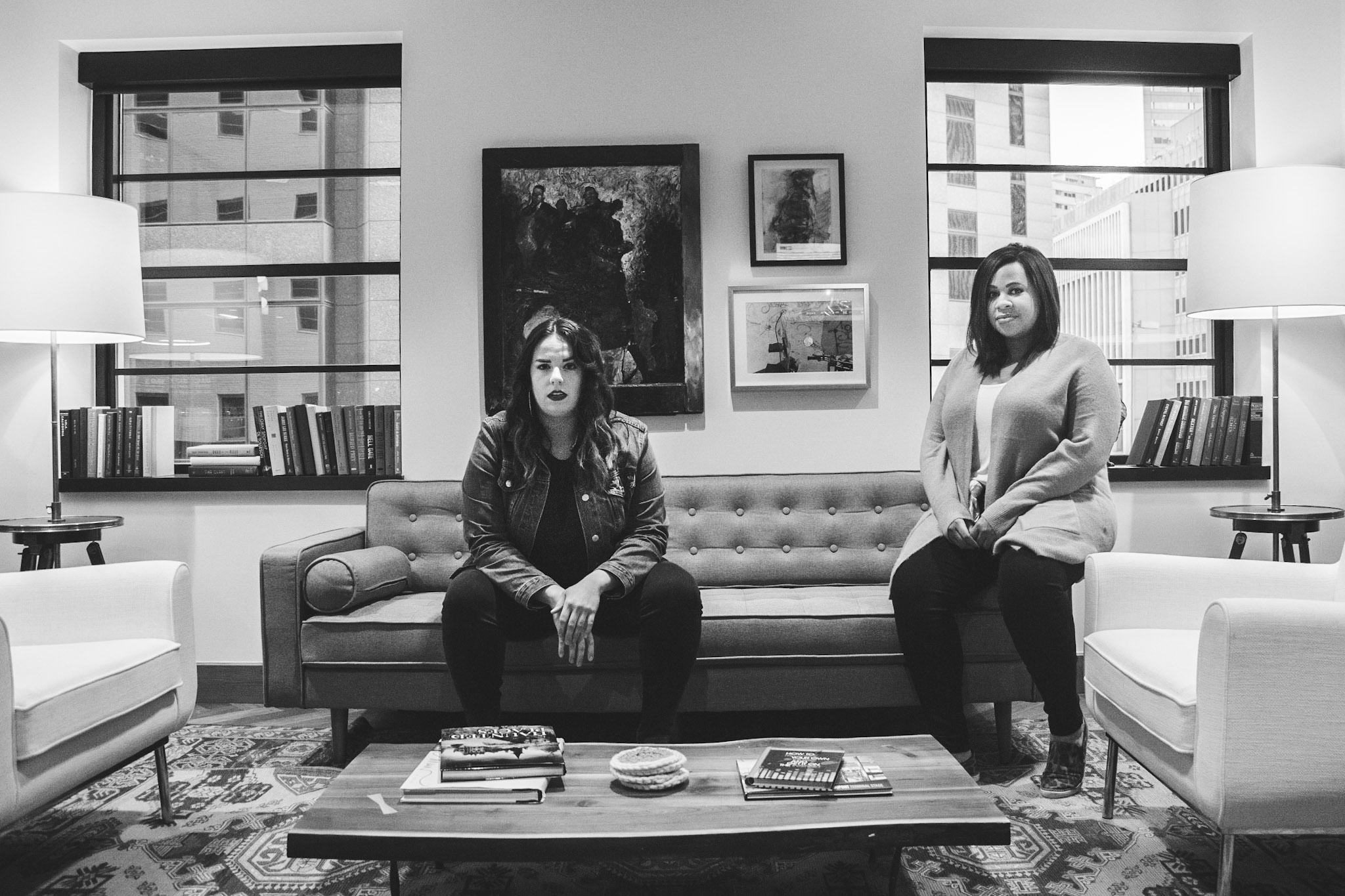 2. “Do it together. Remember in primary school we learned that a verb was a ‘doing’ word? Well, a father is as much a verb as a mother.”

The theatre industry often exemplifies a culture that breeds competition and resentment among women. While we know there is power in claiming our unique and embodied intersections, we also understand that unity is the best way to navigate times, spaces, and figures that seek to tear us down and rely on our silence to flourish. The act of parenting should be an equal, shared responsibility. So too, men, women, and gender non-conforming individuals share the responsibility for facilitating and upholding social change toward nurturing equity and equality. We stand in solidarity to move toward action and away from reaction.

While we know there is power in claiming our unique and embodied intersections, we also understand that unity is the best way to navigate times, spaces, and figures that seek to tear us down and rely on our silence to flourish.

3. “Teach her that the idea of ‘gender roles’ is absolute nonsense. Do not ever tell her that she should or should not do something because she is a girl... Teach her to question our culture’s selective use of biology as ‘reasons’ for social norms.”

Theorist Judith Butler identifies gender as a performative act conveyed “through the stylization of the body.” Women’s bodies have cultural meaning and are often understood through repetition, particularly through mediated patterns that depict women as naturally feminine, fragile, and as objects of desire. Simultaneously, men’s bodies are valued for their displays of strength, sexual prowess, and violence. In some instances, as Michael Kimmel reminds us, “Violence is often the single most evident marker of manhood... it is the willingness to fight, the desire to fight.”

Gender plays a prominent role in cycles of abuse. Sexual assault is always embedded in and enabled through circulations of power. As such, we stand against societal norms that reinforce and place women in positions of weakness. We speak out, with rage and intelligence, against those who abuse power through harassment, assault, and complicit silence, which manifest through our vocabularies, our positionalities, and our relational norms.

4. “Teach her to question language. Language is the repository of our prejudices, our beliefs, our assumptions. But to teach her that, you will have to question your own language.”

Across culture(s), we make meaning through language; thus, language is at the root of our realities. There is power in calling out individuals who have violated others and leaders who have reinforced these actions. We believe that labeling violence as merely “inappropriate behavior” or “lapses in judgement,” undercuts the severity of abuse. Utilizing minimizing language reduces survivors to victimization, places an unjust responsibility on their capacity to rise up and risk further violence, disbelief, and cruelty, and contributes to the reliance on a “whisper network” for seeking safety. We reject messages that communicate that women need to just “move on.” We will not continue to whisper and be silent. We will call out our abusers and encourage others to do so as well.

5. “Be deliberate about how you engage with her and her appearance.”

Consent is an active and ongoing communicative exchange that requires “an agreement between participants to engage in sexual activity.” Consent is not dependent on how much an individual has had to drink. Consent is not given through lowered inhibitions or “provocative” appearance. We cannot provoke you to enact violence on us. Consent cannot be assumed based on previous acts of kindness, flirtations, or even prior romantic encounters. Active, affirmative consent is not driven by how much power and privilege you hold in correlation to your gender, race, or job title. Our appearances are not invitations to violate our bodies. Our appearances do not convey our full stories. Our appearances do not grant you permission to devalue our livelihoods.

We all have identities that weave between race, gender, sexual orientation, class, creed, and more. We have many differences, but we stand together for the common belief that women, all women, should be valued and respected.

7. “Teach her to reject likeability. Her job is not to make herself likeable, her job is to be her full self, a self that is honest and aware of the equal humanity of other people.”

There will be individuals who will not like us for creating this manifesto and for speaking out against our oppressors. Nevertheless, we reclaim our voices knowing there will be social and cultural ramifications. We do not purport to be perfect, and we often fail at fully living out the sentiments we have expressed in this manifesto. Yet we will continue to try and advocate for ourselves and for oppressed and marginalized communities, despite any negative responses we may incur as a result. Our identities and experiences matter.

A Call to Action

The unfortunate truth for some women, past and present, in theatre is that we work within systems that don’t value our voice, our positions, or for some, our humanity. We find ourselves in spaces where we either have to fight for a voice to no avail, or simply be silent. Our passions are easily read as aggressions by our colleagues. Indeed, we consistently watch men exhibit similar behaviors and they are either praised as “innovators” or excused as “outspoken.” We are belittled and sometimes made to feel insignificant in our own success. We are talked over, talked at, talked about, talked down to, and oftentimes not even talked to at all when it comes to decisions that impact our work. We are asked to operate from a place of grace with our leaders when we question their shortcomings. How much longer do we have to wait for this toxic culture to change? How much longer do we have to say “it’s okay,” when we know it isn’t? How much longer are we going to ask that we be treated and compensated fairly?

To individuals with power and privilege, this is your call to action as well. We all have a responsibility to be an integral part of change. The culture of our community must shift and take root for the coming generations of theatremakers.

We all have a responsibility to be an integral part of change. The culture of our community must shift and take root for the coming generations of theatremakers.

This act of protest is part of a larger, collective movement in which we refuse to continue operating in silence. We demand to be heard. We demand our seat at the table. If we truly believe that the culture of theater is democratic and belongs to everyone, we have failed significantly in fulfilling that mission. If we stand by the notion that artistic organizations shape social thought for and with communities, we have been neglectful. If we claim that we are culture makers with a public voice and obligation to our cities, we still have a lot of work to do to ensure that the conversations ignited by a powerful series of hashtags do not remain dormant for years to come.

We would like to thank Dr. Suzanne Enck, Associate Professor and Director of Graduate Studies at the University of North Texas Department of Communication Studies, for editing and research support.