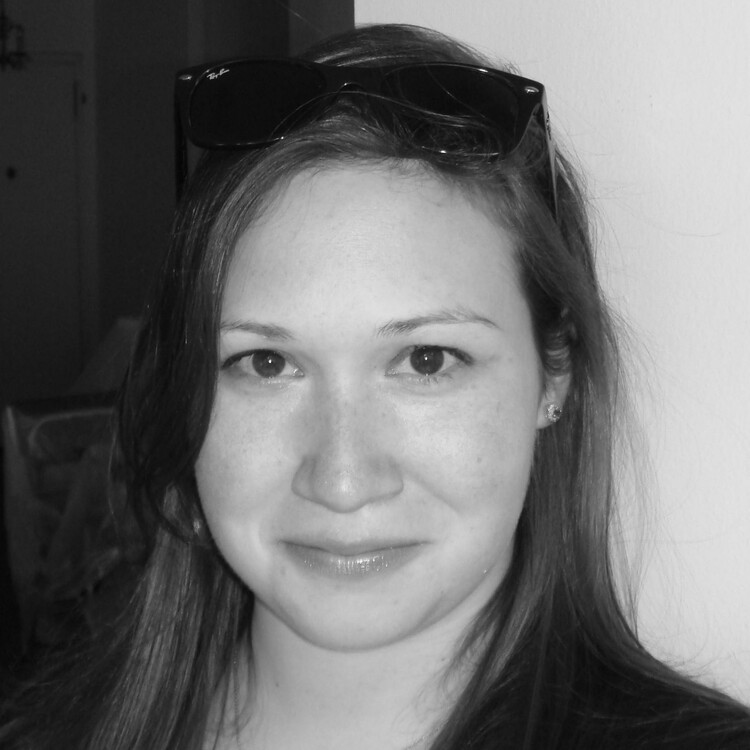 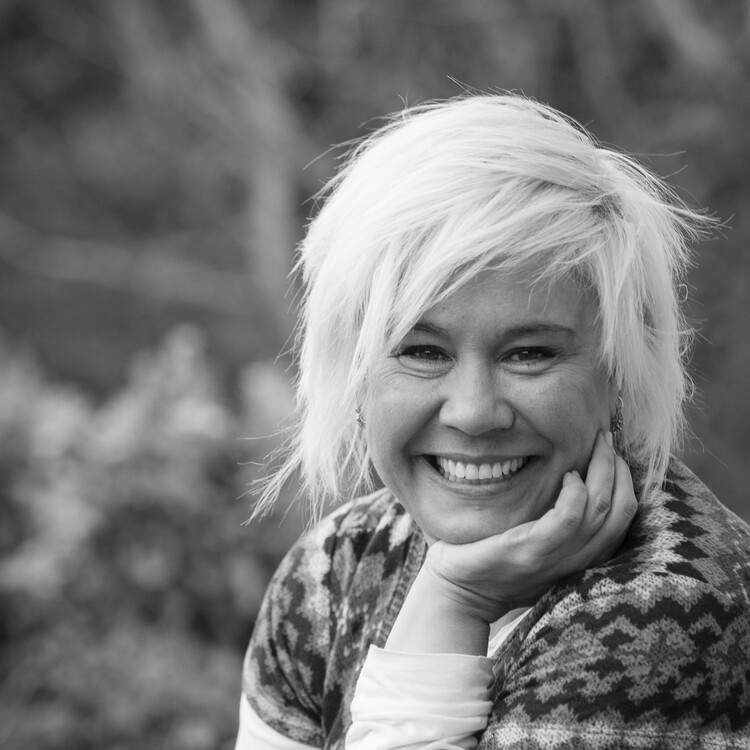 This piece continues a partnership between HowlRound and the League of Professional Theatre Women (LPTW). For many years, LPTW has been publishing an annual magazine, Women in Theatre (WIT). This year they’ve expanded the magazine to include an online format and are collaborating with HowlRound to provide content covering an array of issues and perspectives within the theatre, all highlighting women’s voices. The co-editors for this project are Eliza Bent and Alexis Clements. Look for bi-monthly content from WIT on HowlRound ranging from interviews to articles and blog responses.  Find all WIT content here.

In this digital age, where technology has led to increased globalization and cultural exchange, it is not rare to find theatre companies who tour their work abroad. How does this travel impact an artist and a company? To answer this question, I turned to the impressive experience of Emma Rice, co-artistic director of the United Kingdom’s Kneehigh Theatre.

Though based in Cornwall, Kneehigh often tours its shows from theatres like St. Ann’s Warehouse in DUMBO, Brooklyn to venues in Beirut, Lebanon. Rice has been involved with Kneehigh since 1994, when she joined the company as an actor. She began directing in 1999, became artistic director in 2005, and became joint artistic director with Kneehigh founder Mike Shepard in 2012. Her time with Kneehigh has produced works that show her keen grasp of aural, visual, and emotional aesthetics. Though The Wild Bride is currently playing in New York, Rice is already back in England, rehearsing her next show.

Bess Rowen: I’m interested in what it means to make a show that you know is going to travel abroad and what that does to the creative process. As someone who works in England and America, among other places, what do you have to say about that? Does that speak to a part of your artistic process?

Emma Rice: The simple answer is that I rarely think about any audience. I start with a story that I wish to tell, and that I feel a connection to; and if I don’t have that connection, then it’s probably a mistake (laughs). I’ve made a few of those as well. But the important projects always have something at the very kernel that is personal, relevant, and contemporary to my existence. And that really is the guiding light from the beginning to the end of the project.

It almost doesn’t matter why I do it, because it’s not really an intellectual choice, it’s an emotional choice. If I try to intellectualize that emotional choice, my thinking is this; if it means something to me—and I am able to communicate this connection to the wider company—then we will begin to achieve universality. This then creates work that has a human truth you can take anywhere around the world. If you start to second-guess an audience you’re already lost. My experience is that people are all the same and all different. So it’s the road to madness to try and give them what they might want!

Bess: In our current global economy, touring is expected of certain shows. How do you see this functioning in your own work? It sounds like you’re excited about going to other countries because your own impetus for the work reads through in a universal way—and I agree with that—but has the choice to tour ever been a little foggier?

Emma: I think there’re several elements to what you’re asking me. In terms of the way I creatively think of traveling, I’m very lucky that my aesthetic and my experience are very physical and very musical. I’m not a great lover of text, and I’m not a great understander of text. Of course I get it, of course I have language, but ultimately it’s not what resonates with me. Now that’s very, very lucky when touring work. It’s not a choice as I have been governed by my experience, but it is lucky! There isn’t a bulk of text in my work that has to be translated or negotiated. So by glorious happenstance, my work travels very well, and it travels across languages and cultures alike. That’s on a good day. On a bad day, it doesn’t go very far at all!

They do. All important relationships do, because they expand your notion of home. That, in turn, expands the amount of freedom and bravery you have, because home allows you to jump and be caught. And if you have that in different places on the planet, it becomes very exciting.

That’s one side of touring. Another is very practical. You said I seem very excited by touring the world, and I am, and the company is. But I also think I probably expressed that excitement in an interview, which is when you’re trying to make people feel good about the fact that you’re coming. The reality is that it’s very, very hard for nearly all of us. We’re a mature company, we’re a middle-aged company—we’ve got children, we’ve got partners, we’ve got ex-partners, we’ve got parents, we’ve got all sorts of things which need taking care of. And traveling is really difficult to negotiate on quite a human level. I suppose that navigating the art, the adventure, and the reality is an ongoing path that I tread as a director and as a company director.

When we get it right, traveling is the most exhilarating thing you could possibly do with a theatre show. You have a story and you have a theatre family, you have a meaning and you get to travel. There are, of course, times when I think it’s not worth it; when I think we need to stay home and let our roots grow, and then there are other times when we look at each other and we think, “Let’s go.” We negotiate with ourselves and our families and set sail again.

Bess: The Wild Bride is at St. Ann’s right now, and this is not the first time you’ve worked with St. Ann’s. I feel like there are certain spaces that Kneehigh works with again and again, How have those relationships shaped you and the work and the actors on the other side? You’ve talked about how the audiences can make you see the work differently, but have the relationships with the institutions you’re interacting with shaped the work at all?

Emma: They do. All important relationships do, because they expand your notion of home. That, in turn, expands the amount of freedom and bravery you have, because home allows you to jump and be caught. And if you have that in different places on the planet, it becomes very exciting. On a really simple level, you meet people who you trust. Susan Feldman [artistic director of St. Ann’s Warehouse] is a great friend and fellow adventurer now. And certainly when the work comes to America, I listen very carefully to what she says and what she feels about the work. I love her space and we’re very influenced by her space! I think, “There’s this woman down in Brooklyn who has made a truly flexible space!” It’s the Holy Grail of theatre buildings and she has done it! I love that and we’re very influenced by that.

Bess: It’s nice to hear about this idea of collaboration and trust and the kind of pathways that are built to a show. There’s been a slight cast change for the American tour of The Wild Bride, was that because the actors did not want to tour?

Emma: Yes, two actors changed, both for personal reasons and touring reasons. And that’s both a threat and an opportunity. I always start off thinking it’s a threat, but this time it has certainly become a great opportunity. As we were bringing the show to America, I was able to put two Americans in the roles, which is fantastic. I had worked with both these talented performers before and this was a chance to develop those relationships further. I feel we’re all looking for some sort of meaning in our lives, and as theatremakers, you strive for meaning in the work and process. Sometimes it comes naturally, and sometimes it doesn’t, so it’s an active and sometimes painful relationship. But, by bringing American actors into a show that travels to America, I suddenly look at that stage and see two Americans, one Polish, a French Canadian, and three Brits, and I think, “Well, this is brilliant! This is genuine internationalism.” This diversity is something that has phenomenal power, and also it has meaning. It brings a truly global element to the piece. It allows the work to breathe deeper and wider than it would have done if the work hadn’t had to reinvent.

Bess: What else sticks out in terms of audience reception? Or about your company’s experience in a foreign country outside of the theatre space?

Emma: This isn’t a traveling story, but it’s an interesting one. My production of Rapunzel was performing in London, and the theatre we were working in, Battersea Arts Center, discovered a school for Muslim children that was very close to the theatre. They hadn’t even known that it existed before. The children had never been to the theatre, so the outreach team invited the school to the show. It was a difficult negotiation, but the staff agreed that the children could come see the show on the condition that there be a designated performance and that the teachers come and check out the content before they committed.

So the teachers came in their burkas and they watched the show. I remember it really clearly because I was nervous as to what their reaction would be; but I could see they were giggling and animated. They wanted to bring the children, but asked for the bare flesh to be covered, which was no problem—we could buy leggings. They didn’t want any sexual content at all, which was also no problem—there was only some kissing that was an issue. They also asked for there to be no clapping and or any stringed instruments as it was believed that these actions and sounds could encourage a loss of control.

The theatre asked, “How do you feel about this?” So we had to make the decision: should we completely change a show for an audience, or should we say the show is the show—we don’t want to compromise the work and it’s up to you whether you come. In this instance we decided that we would do it. We cut the stringed instruments—which caused some hilarity. Maracas are funnier than a mandolin! We did all the changes, and we taught the kids how to applaud with sign language instead of clapping. It was really one of the most memorable few hours of my life.

They really didn’t know how to behave, they didn’t know when to sit or stand, they didn’t know what to think about the story. They didn’t know any of the etiquette of theatregoing. They didn’t have the notion of clapping or being silent or being polite. But, by the second act, I had never seen a group of children more engaged in a show. If it had gone on longer, they’d have charged the stage. They were so involved in the story, it was like watching these children go from naught to sixty in two hours. Ah! The power of the story was phenomenal! Here, I’ve said to you that I don’t change the work, but that was an instance in which I did alter the work and would do it again tomorrow! Having such a profound effect was worth every second.