Recommended
Devising Our Future
HowlRound Theatre Commons
Most Discussed
Naming the Trope: A Deep Dive into the Harmful Uses of Disability Stereotypes in the American Theatre
Ben Raanan
Most Watched
A Conversation About the Making of Addressless
Tuesday 11 January 2022
Upcoming
Livestreaming a Convening: The Ellen Van Volkenburg Puppetry Symposium
Saturday 22 and Saturday 29 January 2022
Essay by
Deb
Williams
Vancouver City Series 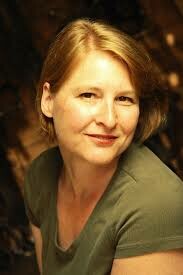 “Living in the most visually stunning city in the world makes it hard to create.” Or, “No one in the outdoor capital of Canada wants to come inside to sit in a dark black box.” Or  “Vancouverites can’t make a living in theater because of funding cuts, the recession, the rain, the sun, the….”—you fill in the blank. The justifications are rampant.

Being a professional arts worker, (the politically correct label and we are nothing if not politically correct) in Vancouver, British Columbia, Canada can bring on a malaise and unless a creator keeps moving, the moss will literally affix and grow, clogging creative pores and crevices, leaving in its wake, a fern-sprouting, quick-witted barista with a surly attitude.

To avoid the mildew that we, the peoples of the rainforest, are prone to, you have to move. Run in fact. One canter ahead of the mushrooms; you can find many of us sowing events and projects at a ferocious rate, in an attempt to have something other than black mold take hold. And, let’s be honest, there is something about putting up a poster (or the modern day equivalent, posting a Facebook event) that lights a fire and dries the room.

I have been postering and earning a living as a creator for the past twenty-eight years. Hard work and luck have made many of the projects and plays I have created on my own and in collaboration, take off and thrive, including the twenty-year-old-and-still-running, annual Queensborough Urban Farmers’ Fall Fair and  twelve-year old Annual Neighbour Day. Along with working as “just an actress” in the region’s large and small theaters, I have written, performed, produced and directed theater for young and old, for thought and entertainment, and mostly to laugh while we learn.

More recently, in a time of economic and artistic recession I decided to put up another poster. I created a monthly storytelling event with my coproducing partner, Joel Wirkkunen. The Flame.

In 2009, out of the desperation to commune with highly-talented, under-employed friends and colleagues, Joel and I invited twenty people to my living room for an evening of sharing. We shared sweaty cheese cubes, pepperoni, and a box or two of Okanagan Valley wine (the British Columbian answer to Napa Valley). Each actor/writer friend shared a true story about themself. Simple.

That cold, wet autumn evening was set alight as people, shaking with anxiety, shared the oldest form of performance art: stories about coming-of-age and miscarriages, from travels to taxidermy. We heard twenty hilarious, poignant tales of revelation and self-discovery. It was stirring to watch and experience such brave vulnerability. People arrived terrified and left exhilarated. Everyone vibrated, “We’ve got to do this again!”

Four seasons, 400 stories and many more learning moments later, we have an archive of one-of-a-kind, first-person narratives; some on soundcloud, airing on CBC (Canada’s version of NPR), video versions online, and compiled on TV.

Four seasons, 400 stories and many more learning moments later, we have an archive of one-of-a-kind, first-person narratives

But the best way to experience The Flame is live, surrounded by 150 anxious humans, shouting the rules we have carved out over the four-year journey. “A Flame story has to be true! About you! And told in a few! Minutes that is!” Ten minutes maximum (although storytellers have gone longer without a hook or loss-of-limb).

The Flame, is a nod to our ancestors communing around a fire and to New York City’s The Moth, the grandmother of the resurgence of storytelling events. We only advertise on social media, an email list, and word of mouth. We have a 900-member Facebook page that stores our “how to” files to make pitching, writing, and performing easier. We encourage everyone to pitch their stories; we are not exclusive to performers. We know everyone has at least one story. We read and comment on every pitch, and work with each chosen storyteller to pull out and shape the best story possible. We don’t, however,  accept every pitch. Over the four years we have become clear on what a Flame story is and isn’t.

We have discovered that a Flame story is about the self but not self-indulgent.  We steer story-pitchers away from seeing themselves as victims and/or heroes; unless there is a change of self-understanding it’s not a Flame story. Like any great play, “how did the character change?”

A Flame story is terrifying to perform whether or not you are a professional: I often get calls from senior actors/writers with a Flame Day onset of kidney disease, and am forced to talk them down and onto the stage. Once they’ve done it they always ask if they can tell another. But most would agree it’s much scarier than a regular opening night.

We pass the hat for donations to keep our recording/video equipment up to date, and to pay for the software and online accounts we need for this endeavor, but we have yet to make any money. We periodically brainstorm ways we might monetize the event, but always come back to the fact that we don’t want to move from our cozy home at the Cottage Bistro two blocks from my house, where my neighbors can eat, drink and then walk home, after a moving theatrical experience. The room is small enough for an ornithologist, veterinarian, stereo salesman, and an 89-year-old librarian, to take their first chance on stage. And it’s the greenest, most eco-friendly entertainment in town.

One-half dozen Flamesters (a coveted label claimed the moment your first story is completed) have parlayed their Flame stories into one person plays. Dozens of Flamesters have been paid for their stories, aired on CBC radio. Annually, we commission some fifteen performers to write/perform their Christmas-ish stories for our annual TV special; The Flame: Holiday Edition, Create Memories Not Garbage, which is sponsored by Metro Vancouver, our regional government. This show airs through the month of December and plays online throughout the year. Award winning writers flog books, musical acts sell CD’s, and this month we’re having our first improvisational dance company performing their piece based on “fire and storytelling.”

And yes, we can say the Vancouver theatrical world has been changed a little as a result of The Flame. Actors want to be seen on the Flame stage, vying for a spot with their pitches, challenging themselves to be seen as more than “just a performer.” Yet-to-land-a-job theater school graduates want to show their ability and vulnerability to the seasoned performers and potential employers that are on stage and in the audience. Writers dare themselves to speak their own words, un-memorized and vulnerable. Non-theater types are thrilled to share the stage with professional performers. I am often stopped on Main Street by colleagues and neighbors, sharing their personal reviews of stories, to apologize for missing a month, or to pitch a new story. There is a sense of ownership by both audience and Flamesters.

Every evening is different and yet cozy and dependable. No one knows, including the producers, what the show is going to look like. We do our best to balance the tried and true with newbies, place stories of pathos carefully, encourage self-deprecating humor and always do our utmost to make the tellers and the audience feel like they are joining us in my living room. Which it almost is; I host in my ‘hood, while my husband technical directs, my twenty-two-year-old son often opens with his music, and my twenty-year-old daughter collects donations.

We are The Cottage Bistro’s busiest night of the month, with an extra three serving staff needed to deal with the evening’s business. Every month we have to turn audience away.  And hey, we’re not complaining; a great problem to have in Vancouver BC, on a Wednesday night in a mossy rainforest city that does not support the performing arts.

The Flame is a fantastic experience for the audience, too. I've never seen people connect with each other the way they do at this event. In the breaks, perfect strangers turn around and chat with each other, happily and fearlessly engaging. It might help that you are sitting tooth to jowl: the venue is packed for hours in advance on flame night.

https://soundcloud.com/joel... for those rainy evenings at home!