What Are Your Prejudices About Theater? | HowlRound Theatre Commons Skip to main content

What Are Your Prejudices About Theater? 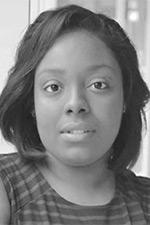 My mind was set on seeing Katori Hall’s play Saturday Night/Sunday Morning. I had read it in an anthology of Hall’s plays, and was ecstatic to hear the Prologue Theatre Company was doing it at the Steppenwolf Garage.

I bought four tickets to the show that day, one for me and the others for my three siblings. I was convinced it was going to be a great night. Only when we got to the theater there was an itty bitty, okay strike that and replace it with huge, problem.

“You bought tickets for the wrong day? That means we came up here for nothing.” My younger sister was livid. Trying to calm the situation the ticket agent suggested we see the show that was playing that night. “It’s good,” he insisted with a smile. Yeah, yeah, I thought. Of course he’s supposed to say that, it’s his job.

Nevertheless, we’d driven quite a distance and already paid for parking, so I bought the tickets. Mind you I didn’t know the name of the show, let alone what it was about.

“You got three strikes.” My sister aggressively brushed past me. “You’re already on strike one.” We entered the theater to a woman sitting on stage singing and playing the banjo. “You got to be kidding me” all my siblings said in unison and cut their eyes at me. I was on strike two.

As the lights lowered and the play began, the actors hurled jokes that seemed to land with everyone but us. From the slumped posture of my siblings I could tell they were ready to go, and I started to regret my decision. “What the heck did I get us into,” I whispered to myself.

Not wanting to be rude or waste the money we’d just spent, we took off our coats, accepted we were stuck here for the length of the play, and decided to give it a chance.

At that point something magical began to happen in us. The yawns turned into smiles of interest. The slumps in the chair turned into leans of anticipation. And by the end of act two, the eye rolls were not directed at me but at certain characters in the play. “He came into the house with this idea and now he wants to bail? I want to go on stage and slap him,” the same sister who was angry with me earlier said. I laughed at how engrossed by the play she was and reminded her he was only acting.

The entire conversation on the drive home was about ReWILDing Genius done by The New Colony. The topics ranged from the phenomenal acting to the relevance and timeliness of the story to our generation.

ReWILDing Genius was an accidental teachable moment for us as both audience members and people. That experience demanded of us to never make the mistake of prejudging something before fully giving it a chance.

In the broader context of theater, this concept of not prejudging a play before fully giving it a chance is vital. This is for two primary reasons.

First, although each and every one of us is different, our humanity is the common thread that connects us all. As a straight woman I may not understand what it feels like to be gay, but if a gay man is on stage trying to get back his lover after breaking his heart, I can empathize with that. Love and heart-break are human emotions that we all experience regardless of sexuality.

I may not understand the beautiful cultural nuances of being Latino, but if a Latino family is struggling on stage with the death of a loved one, I can empathize with that. Death is a human occurrence that we all experience regardless of race or culture.

We cannot be preoccupied before or during a show with differences of race, class, sexuality, etc., and assume because of these differences the lives of those we see before us are foreign territory. When we do that, we rob ourselves of what might be a beautiful and transformative experience if only we gave it a chance. Instead we should keep an open mind and find the human connecting points. When we do that, we’ll find that deep down, we are more alike than we are different.

Second, it provides an opportunity for a wider range of stories to be told. In playwright Katori Hall’s  2012 Fall Forum Keynote Address hosted by TCG, she stated that her play Saturday Night/Sunday Morning was rejected by theaters for several reasons. These reasons ranged from having done a play about a black lesbian, to a theater having already produced one August Wilson play, to yet another’s theater’s contention that “they didn’t know if their audiences could relate.”

We must be willing to trust the intelligence of the audience, and allow them to decide for themselves what they understand or relate to.

Had it not been for the brave decision of the Prologue Theater Company to produce the world premiere of this play, who knows when it would have seen the light of day?

This point is more so for theater practitioners such as literary managers and artistic directors in a position to choose plays. Do not assume that one play represents an entire experience. It does not. Quite frankly it is an insult to belittle these specific people and their experiences, and clump their stories together.

Why is it that we can have a million plays about love and relationships, but a theater can tell Hall, “we’ve already done one August Wilson play” when it comes to the African-American experience?

When we take the limited approach of assuming if we’ve done one story, we’ve done them all, amazing stories like Hall’s Saturday Night/Sunday Morning lie in drawers only to collect dust.

Additionally, it is incorrect to assume that because your audience doesn’t look or talk as the characters in the play, they will not be able to understand or relate. I have heard playwrights from all walks of life say, “audience members who look nothing like my characters say this is their story.”

In theater we must be more courageous. We must be willing to trust the intelligence of the audience, and allow them to decide for themselves what they understand or relate to. You never know, they might have the same experience I did with ReWILDing Genius.

To conclude, from this day forth, I challenge you as both audience members and theatre practitioners to join me in adopting the act of leaving our prejudgments at the door, and entering the theatrical space open to whatever experience lies before us. I’m willing to hold up my end of the bargain; are you?

Theaters keep producing Shakespeare despite there being absolutely no 16th century English people in the audience. Why? Because a play is a communication between the creative team (including the playwright) and the audience. A different creative team will tell a different story, and a different audience member will interpret the story differently...but the essential concept of communication is that it can only exist between people who have different experiences, and is an attempt to share those experiences.

You are exactly right Loy. Our humanity is what connects us all. Theatre provides an important and necessary way of appreciating and embracing our differences. We need more of it. And we need more people who are open to the experiences and that will share what they learn through their theatrical experiences with their friends.

Necessary article. Thanks for your thoughts.
I used to bump my head and question why Theatres viewed African American work in the way they did- I have stopped those thoughts and refocused my energy to creating work that I feel spirited about and then producing it in spaces that I feel good about, not just any space that will do it or a space with a "name". I refuse to continue a conversation of being open with a country that literally is doing what it can to belittle my people. Theatre is a reflection of life, so it's not surprising the inner workings of its spaces. In my opinion, it is wise to figure out why you create and do it. Produce it on your own. Let your siblings help you to gather the people and you got an experience deeper than a theatre offering to objectify you for a month.

There is hope for theatre. Let's be the hope. Hope doesn't linger in the mess- it rises. Be the hope.

From Scarcity to Abundance

A Truly Abundant Moment for the New Play Sector

In this installment of the series From Scarcity to Abundance: Capturing the Moment for the New Work Sector, P. Carl connects the abundance of new plays with the need to embrace diversity in the theatre.

Morgan Skolnik argues for theatre that goes beyond physical accessibility and disability representation to actively center disabled artists and the creative potential the disability community holds.