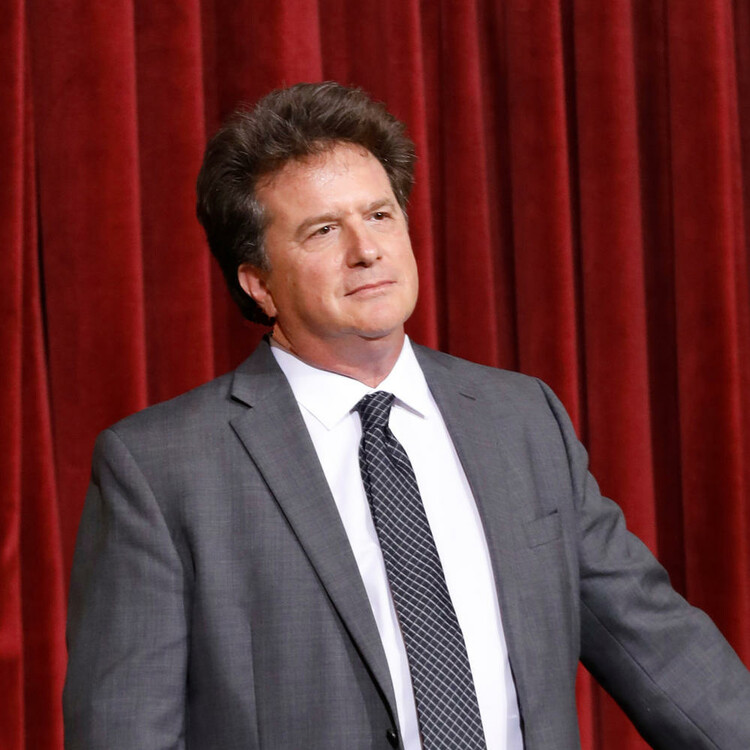 When Joseph Campbell spoke of the power of myth he didn’t have LA stage actors in mind. Yet a powerful and prevailing myth has spread for years in theater centers throughout the country about why actors do theater in Los Angeles. The legend claims that LA actors are somehow less serious and do theater only to be seen by casting directors in “the Industry” and not for the art of the work. This is simply not true. The idea that actors in Los Angeles only do theater for the purpose of showcasing themselves with the hope of being cast in television or film is not only an insulting and disrespectful myth, it is a lie.

As the Artistic Director of a leading theater in Los Angeles for 24 years and a longtime theater director, I have an insider view of the truth. It has been my experience over more than two decades that the hundreds, maybe thousands, of LA actors I have worked with do a play for one fundamental reason: they are passionate and committed to the work. The LA actors I've worked with have been fiercely dedicated, hard-working, highly-skilled, deeply impassioned, and utterly professional.

I believe actors are extraordinary creatures. And actors who do theater in Los Angeles, even more so. They tackle challenges unique to this region, not faced in other cities. Particularly those acting in productions in one of LA’s many intimate theaters like mine where the pay is next-to-nothing and the reward is decidedly artistic.

The LA actor navigates a theater landscape in Los Angeles unlike any other in the United States. There are a handful of large production houses and a collection of mid-sized venues. These, however, are dominated by a network of more than 100 intimate theaters (99 seats or less) webbed throughout the region. And that’s what LA is: a region stretched over 469 square miles, not a city. An immense terrain of diverse neighborhoods too vast and spread-out to be walkable, connected only by freeways. No centralized Theater District.

Intimate theaters in Los Angeles operate under the AEA 99-Seat Plan. This one-of-kind agreement was created years ago to address the unique plight of the stage actor in Los Angeles. Overseen by Actors Equity, the Plan permits Equity actors to work in intimate theaters in LA without the benefit or salary of a formal contract. Actors are paid a ridiculously low stipend. In pure dollars-and-cents, factoring in expenses and wages lost elsewhere over the course of rehearsals and a run, it can actually cost an actor money to do a play in Los Angeles. So why do it? Because much of the most satisfying work and most challenging new plays are being done in these intimate theaters. Actors long to act in these plays for the same reason we ache to produce them: for the sake of the art. Nobody makes any money.

Debunking the myth, the LA actor often commits to a play under tremendous self-sacrifice, not self-promotion. They reschedule or give up Film & TV auditions, change their day-job schedules, cancel shifts as waiters, rearrange travel plans, postpone weddings, fail to attend funerals, miss family events—all to be in weeks of rehearsals  and then months running a play, all for next-to-nothing money in a theater that holds only a few dozen people. Why? Because they are dedicated to their craft.

I’ve seen LA stage actors turn down high-paying roles in movies and TV shows because it conflicted with a play they were doing at my theater. If “getting seen” by The Industry were their true motive for being with us, why would they do such a thing?

Actors may move to Los Angeles with the hope to make money in movies and television. What they find, however, may surprise them and save their artistic lives: a thriving Los Angeles theater scene of generous, talented artists. Actors may book an episodic to feed themselves and pay their bills, but they do a play to feed their souls and pay their dues as an artist. They come to LA to break into The Industry. They stay to be part of a Community.

Hollywood still heralds itself as “the movie capital of the world” despite the fact that fewer movies are actually shot here anymore. More plays are now produced each year in Los Angeles than major motion pictures. Yet LA still fights for its right to be called a “theater town.” The fact is: Los Angeles has more theaters and creates more theater productions than any other city in the world. More than New York or Chicago. More than London. That’s right. Los Angeles. How’s that for irony?

Los Angeles is also home to more working artists than any other major city in the United States, including New York. According to a report commissioned by the Center for Cultural Innovation (CCI), Los Angeles employs the largest pool of artists of any metropolis in the nation. Surprised? Los Angeles supports more than five times as many artists in the performing arts than any other US city, substantially exceeding New York.

I’ve directed actors in cities around the country, in Canada and the United Kingdom. The Los Angeles stage actor is as trained and as talented, as intelligent and inventive as any actor anywhere. A good actor is a good actor, no matter the coast. Sure, I’ve seen bad theater and bad actors in Los Angeles. I’ve also seen bad theater and bad actors in Chicago, New York, and London. I’ve also seen truly extraordinary performances by actors in Los Angeles. In this respect, LA is no different than any other major city. If only it were perceived that way by the rest of the country.

The myth is that acting in a play in Los Angeles is only beneficial as a vehicle or stepping stone to something else more important. But LA theater actors, the ones in the trenches, the ones on the stages, don’t see it that way. To them there is nothing more important. They work too hard and surrender too much to do theater for any purpose other than perfecting their craft. Actors are artistic athletes. They need to work out, stretch their muscles, push themselves, and be challenged.

Actors don't do theater in LA to be seen. They're not on stage to serve themselves. They are here, like actors everywhere, to serve their art.

It would be really great though to see the producers step it up and really support the performer. My friend was the lead in a play in NO HO at a great theatre. He paid dues to be a part of the theatre. He had very limited comps and there were many, many nights when attendees were only his friends, his Industry contacts, his fans, etc. The theatre did not promote the production very well and thus they lost money. It is time for producers to commit to reaching out to directors, agents, managers, everyone and any one else in The Biz (or hiring the right people to do so) to get the theatres packed and the reviewers there (performance time and reviews are 'pay to an actor' it feeds our soul and, gives us something to promote). YES, some places do this, but many, many, many of the performers I come into contact with say they practically "go broke" doing plays. It would be great (and fair) for producers to put in their budget money to pay performers for their parking, mileage and a small stipend (more that $5 a performance). Sure, no one's going to "get rich" off of these smaller productions, but regardless of an actor "paying their dues" they should be taken care of in a bigger way.

Thank you, very useful information - and not at all too long for this reader.

These two issues are not mutually exclusive. In a sense, actors (and people in general) do serve themselves. An actor could work for theater to "be seen" by casting agents yet have a passion for it as well. Other professions do just that. Would you say that all lawyers who attend conferences are doing it "just because" they need to renew their license? They could very well have a passion for law. And does the head of a marketing department sell you a product "just because" he wants your money? Maybe he truly believes in the product.

But the major problem here is that this piece is way too long. As another commentator said, you "doth protest too much." Really, actors have so many other things to worry about. There's issues of exploitation of their name and image, safety on the set (let us not forget the terrible accidents and deaths of cast and crew members because of directors who "want that realistic shot"), harassment and discrimination, and just getting enough work to pay the rent. So stop whining. Actors aren't unique in this respect.

Well said! To be sure, there ARE showcase vanity productions for the very purpose of wanting to be seen by CDs and agents but these by no means speak to the abundance of fine actors, designers, directors and theatre companies doing amazing work for the sake of the work.

I appreciate this article very much, I have worked in LA Theatre for a mere 12 years and have had the same experiences with LA actors. I want to speak to one statement: " An immense terrain of diverse neighborhoods too vast and spread-out to be walkable, connected only by freeways. No centralized Theater District. " As the manager at The Complex Theaters on Hollywood's Theatre Row, I can say there IS a Theatre District and Santa Monica Blvd between Seward and El Centro, is where it is located. This has been Theatre Row for over 15 years, and is experiencing a renaissance due largely to the Hollywood Fringe Festival which is going into it's 5th wildly successful year. The Festival has attracted a diverse, vibrant community of passionate theatre makers from LA, as well as out of state and international artists, all of which converge on Hollywood during the entire month of June. The other 11 months of the year we (The Lounge w/3 theatres, Theatre Asylum w/3 theatres, The Elephant w/2 theatres, The Complex w/5 theatres/5 studios, The Blank and Schapf w/2 theatres/3studios) are all alive with Theatre, Improv, Comedy, Dance etc...I invite everyone to come and check out Theatre Row and all the wonderful work being done here! It is walkable. : )

Methinks the AD doth protest too much.

Great article! I have heard this myth for years (that actors only do theatre in LA to be seen by casting agents) as well and I have discovered over the last two decades or so, that it isn't true.

Fantastic article. And hey, if you ever happen to be in the market for a horror rock musical, I know where you can get one cheap.(because I'm a shameless whore)