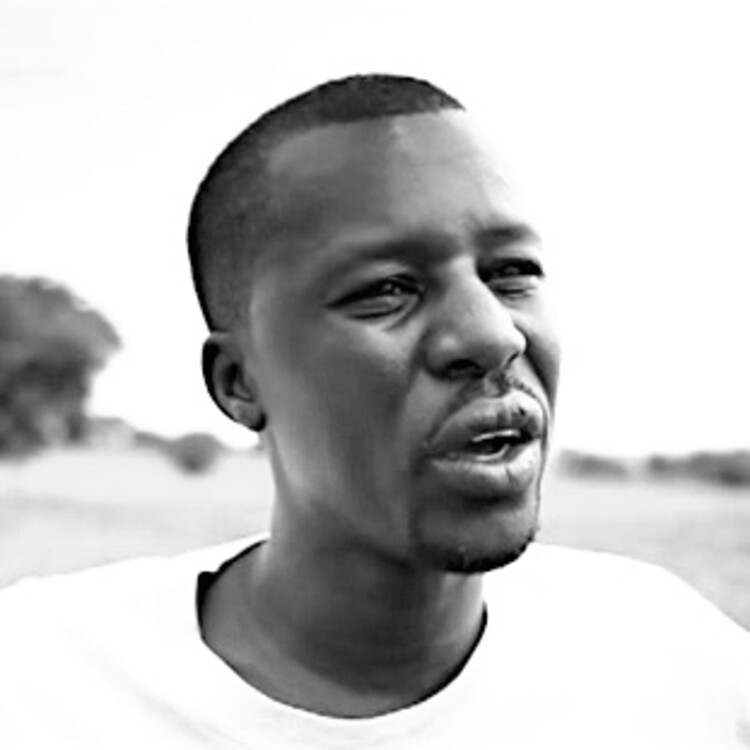 Why Theatre Matters to This Escaped Child Soldier

I was born in northern Uganda to the Acholi tribe on December 8, 1969, the third child in a family that included one father, three wives, and twenty siblings. When I was sixteen, en route to school, a rebel army abducted me and, to make a dark story short, forced me to do terrible things against my will, and very much against my nature. I was lucky to escape with my life.

With northern Uganda in chaos, my family was not to be found. I made my way to the capital city Kampala, where an uncle I had never met was said to live. I found him living with two wives and four children in a two-room house in the slum known as Nguru. They found room for me, and offered a mat on the floor, and I began to earn money to resume my education.

Culture is an important part of human development. It is as important as food, water, shelter, and education—it cannot be ignored. Our values are embedded in our culture.

I found solace and healing through the performing arts. I started a performing arts career that has allowed me to see the world. Whenever I feel a darkness creep into my soul, I sing, dance, and play music on the adungu, a traditional hand-held harp of northern Uganda. It always works, the darkness recedes. You could call art a detox for my soul.

Ten years after my own bitter experience, just as my own career started to take off, my younger brother Godfrey, a special person to me, was abducted and killed by Joseph Kony’s infamous Lord’s Resistance Army. Now that story is also much longer, and he lived for some time in that evil army, the one known worldwide from “Kony 2012.”

My first response to Godfrey’s abduction was to start Hope North, a safe haven and school for young victims of Uganda’s civil war—a place where they can rebuild their lives and heal, as I healed, through education and creativity. Culture is an important part of human development. It is as important as food, water, shelter, and education—it cannot be ignored. Our values are embedded in our culture.

Kony and the warlords that preceded him decimated traditional Acholi ways; his stated purpose was to “cleanse the Acholi people.” For two decades culture was stalled, lost, forgotten. When the Ugandan government responded to the civil war by moving tens of thousands of us into Internally Displaced Persons (IDP) camps, it was the nail in the coffin.

To make one more dark story short, the camps were not a nice place to be. Our culture is very much based in place, each year we celebrate our birthdays at the place where we have buried our umbilical cord. When we were forcibly moved from our homes, this hurt our souls. So, my life’s mission as a performing artist has been to rejuvenate our culture, with Hope North, and most recently with my dance company Mizizi Ensemble.

As it turns out, I needed to remember and honor Godfrey in more ways, and thus created a play with songs, Forged in Fire. (It opens on Saturday, May 2 in Brooklyn.) This might be unique to my culture, but Godfrey was and is part of me, part of my identity and my existence. To find that I can still communicate through him, and to him in this play has been important to me. I could have chosen to write a song, or an essay, I suppose. But theatre has a broad reach and endless life. The basic elements of theatre are universal: poetry, motion, emotion, visual arts, and music. Anyone can relate to these things, even if you are blind or deaf, you will appreciate theatre. Theatre enhances life; it makes me feel more alive, as a performer and spectator.

Forged in Fire is essentially a modern play, but one rooted in traditional Ugandan and Acholi storytelling and musical traditions. The play shows my culture intersecting with an unholy culture of war and violence. Most of the stories referenced above are told in more detail in the play, leavened with music, dance, and humor.

So I am using that instinct for novelty to share a surprising story. I supposed I am also tweaking our instincts to consume the horrors of the world, to seek out the dark stories. There is a character in the play who is a tour guide, taking gaping tourists way beyond gorillas into the heart of the war zone. To me, that character is asking the audience to step beyond looking, and to act when they see something terrible happening, especially to children. Theatre allows others to relate to each other and to stories that are far from their own experience. If others can relate to this story, maybe they will begin to dream about peace on Earth, a planet where no child suffers unnecessarily from a war for greed, or a mania for power. It can be.

At the least, the spectators may find some level of emotional detox themselves, from whatever ails them. That pleases me. Whenever I feel grief overwhelm me, and music and song are not quite enough, I practice good deeds. To me, the formula is simple: do good things, and the grieving will be less.

Dear Okello Kelo Sam, Thank you for writing, I hope to see your work.I am in complete accord with your mission and your belief that art heals and saves. I was in the Acholi region myself, working with a group of youth in the IDP camps to create theater based on their experiences. Many of them had been child soldiers and enslaved by Kony and all were confined to the camps which had completely disrupted their families, villages and cultural values. Working with the youth was a highlight of my experience as a theater maker because it illuminated for me just what you are saying--the importance of telling and listening to our stories as an avenue for growing empathy and re-connection after isolation and sometimes unspeakable horrors. The group I was with, Voices of Uganda made a documentary called After Kony: Staging Hope.

"You could call art a detox for my soul." If only we could convince public schools of the spiritual/cultural necessity of the arts.

I am so glad you've found art, and that you've begun to spread this message. I loved the article, and I wish you a very happy opening tomorrow.