Recommended
Devising Our Future
HowlRound Theatre Commons
Most Discussed
Designing Collaboration: In Search of a Taxonomy of Collaborative Methods
Emily McConnell
Most Watched
The Gathering from the CrossCurrents Festival
Wednesday 4 May to Saturday 7 May 2022
Upcoming
Livestreaming a Conversation: Coffeehouse Chronicles #165: Czechoslovak-American Marionette Theatre
Saturday 28 May 2022
Essay by
Harvey
Young
MFA Series

A Zone of Support 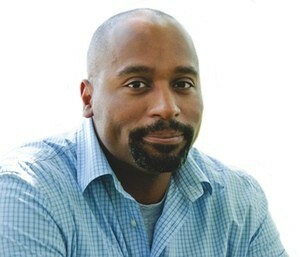 Graduate school was intense. I moved three times in four years. At least twice, someone yelled the n-word at me as I walked to (or near) campus. I was broke. While my friends from college were gainfully employed and taking lavish vacations, I was strategizing how to get the most food from fast food “dollar menus.” There were bleak moments. Nevertheless, I mostly enjoyed being a graduate student. A decade later, I look back upon those years with fondness and think, “I’d do it all again.”

The challenge of talking about the importance or usefulness of a graduate degree is that the experience of graduate school exceeds the sum of the individual lessons taught in the classroom. If I had to guess, I’d say that maybe 25% of the lasting value of my Cornell education rests in the courses that I took. The remaining 75% comes from the less formal relationships, friendships (including those with professors) and experiences made possible by being a member of the academic community.

As others have noted, it is the life and lifestyle of graduate school that changes you—the dynamic of the graduate cohort that you’re joining, the city where you choose to live, the art (of all types) that you have access to, the random events that you attend on a whim, and the many, many conversations that you’ll have at the local bar or in a friend’s living room.

Having spent large chunks of my childhood attending various summer programs that I generally disliked, I think that it’s important not to overly valorize immersive experiences. They’re not for everyone. Indeed, graduate school is not for everyone—not even for every person seeking a career in the professional world of theater. A graduate degree can help in the achievement of personal and professional goals, but it is not the only path to success. Just ask David Henry Hwang, who dropped out of grad school but now holds several honorary degrees—MFAs and PhDs.

The best graduate programs are places where smart, accomplished people with a commitment to teaching make themselves available in an effort to help students maximize their potential.

The best graduate programs are places where smart, accomplished people with a commitment to teaching make themselves available in an effort to help students maximize their potential. There’s a culture of generosity that exists within these places—even if it feels, at times, like one of incessant critique. Every person with whom you interact—staff, administrators, faculty, and fellow students—are there to help you to become your best you.

As welcoming as this zone of support sounds, the prospect of spending two to seven years (depending on degree program) in school is probably the greatest detraction for most people, alongside the cost of tuition. The applicant who is most likely to succeed in graduate school does not pretend to have all of the answers and remains open to being challenged. The best students are those who express frustration at reaching the boundaries or limits of their own knowledge or abilities and want to push—and expand—them.  Typically, they have some previous experience working in and/or thinking critically about the theater and they want to be taken to the next level.

Every student has a unique set of strengths and deficiencies and, therefore, should look for the faculty, university, and local resources that can best meet their needs. To go to a school that’s a poor match just because it is cheaper, deemed to be more prestigious, or located in a comparably more exciting city ultimately is a waste of time and money if you’ve been accepted into another program that’s a better match for you.

The MFA and PhD are codependent. Although the former primarily prepares a person to enter the world of artistic practice (making theater) and the latter to enter the world of scholarly practice (documenting theater), they inform one another. The best artists are those who are knowledgeable about theater history and can clearly express their critical perspectives in the medium of their choosing. The best critics and historians are those who are familiar with the process and intricacies of creating theater. Being in a community of practitioners helps scholars become better scholars. Being in a community of scholars helps practitioners become better practitioners.

At Northwestern University, where I direct the PhD program in Theatre and Drama and teach students pursuing MFAs in design, directing, and writing for the stage and screen, my graduate seminars are a dynamic mix of scholar-artists and artist-scholars. Students push one another, urge classmates to defend their choices, help each other to refine their critical arguments, and, along the way, offer lots of encouragement. The classroom is a nurturing place that prepares people for the “real world.”

The work that I do today connects back to my graduate training and education at Cornell. I mentor students, sit on the executive boards of arts organizations, publish books and anthologies, write op-eds for a major global news organization, and regularly interview prominent artists about their creative process. Each activity is enabled by a skill set developed in graduate school—and one that I try to cultivate in my own students.

Obviously, a graduate degree is not a guarantee of employment. It is not a map leading to treasure: great wealth or shelves filled with prestigious awards. It’s a piece of paper—earned after lots of hard work and sacrifice—that signals considerable investment in a person’s professional development. That being said, it is reasonable to expect that a person dedicated to self-improvement and the cultivation of his or her own talents might be more likely to experience career success.

A discussion of the pros and cons of an MFA program.

Careers
Theatre Education, Pedagogy, and Training
Most Discussed
Designing Collaboration: In Search of a Taxonomy of Collaborative Methods
Emily McConnell
Most Watched
The Gathering from the CrossCurrents Festival
Wednesday 4 May to Saturday 7 May 2022
Upcoming
Livestreaming a Conversation: Coffeehouse Chronicles #165: Czechoslovak-American Marionette Theatre
Saturday 28 May 2022