10 Questions Provoked by Peter Pan Live! and Into The Woods

Is Hate-Tweeting Healthy? What’s the Lesson for Theatre? 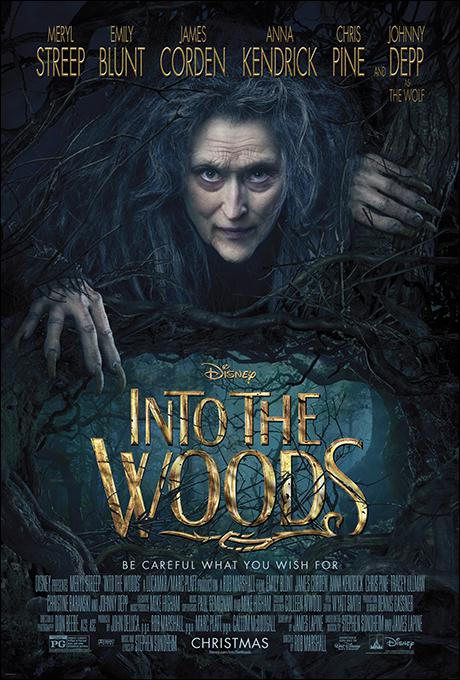 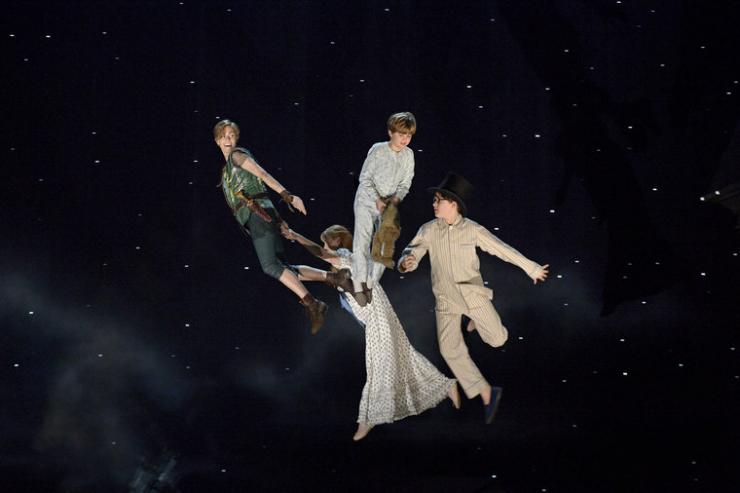 1. What does it say that, once again, the biggest “theatre” stories at the end of the year were about a TV show and a movie? Has the definition of theatre changed? Can you call it theatre if you’re not breathing the same air as the actors?

2. Will live broadcasts of old musicals become a new holiday tradition? Will they eventually replace annual reruns of It’s A Wonderful Life and Miracle on 34th Street? And will new Santa comedies in movie houses be replaced by a yearly grim Meryl Christmas?

3. Is the commercial success of these screen adaptations encouraging to theatre in any way? Have the NBC specials proven the value of “live” in a digital age? Will live TV musicals have any repercussions one way or another for live theatre (the non-screen kind)?

5. Is “hate-Tweeting” healthy? Would fewer people have watched such shows as Peter Pan Live! or Galavant if they hadn’t been able to Tweet about it?

Has the definition of theatre changed? Can you call it theatre if you’re not breathing the same air as the actors?

Shortly before the broadcast of Peter Pan Live! in December, its stars and creative team went on what seemed like a campaign offensive:

“I feel like it's a blood sport,” producer Craig Zadan told The Hollywood Reporter. “If you love something, you very rarely tweet something sweet; but if you hate something or you have something nasty to say, you're going to tweet.”

“Hatewatching is a thing,” Allison Williams told The Daily Beast. “It’s a whole way of watching something, and it’s not an audience that’s natural to a non-cynical performance. Peter Pan, you cannot watch cynically.”

This didn’t sit well with James Poniewozik of Time Magazine, who wrote that he was “rankled by the idea of being told not to hate it, that we should avoid snarking on Peter Pan Live!—not for the good of NBC, of course, but for the good of society itself.”

Perhaps this was a bit of jujitsu marketing, because Peter Pan Live! ranked first on “Nielsen’s social TV ratings,” generating some 475,000 Tweets—slightly more than The Sound of Music—and attracted some 9.2 million viewers. Although this was under half the viewers for The Sound of Music, “we won every hour, which hasn't happened on Thursday with entertainment programming since a year ago,” NBC Entertainment chairman Bob Greenblatt said.

6. Is there a lesson for theatre in the apparent connection between Tweeting and bigger audiences?

7. Last year Charlotte Alter, reviewing The Sound of Music in Time Magazine, outdid some of the snarkiness of the Tweeters: “When Carrie Underwood stepped out on the (wooded, not grassy) hills and started singing, I wished the hills were alive with the sound of hungry mountain lions.”

This year, reviewing Peter Pan Live! in Time, Poniewozik said of Allison Williams, “She seemed more obviously like a grown woman playing a small boy, which lent some of her flirty scenes with Wendy a tension that made her no-snark edict seem like a cruel dare.” 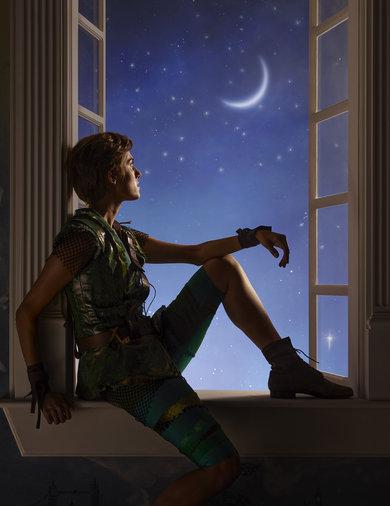 But he also said: “Technically and visually, Peter Pan Live! delivered… In all, taken on its own silly, sweet, weird-British-fantasia terms, it was a good time.”

Were Peter Pan Live! and Into The Woods better than The Sound of Music and August: Osage County, or did they just seem better because…we’ve gotten used to these new genres?

8. Are live musicals on television, a form that lay dormant for fifty years until NBC revived it last year with The Sound of Music, a different genre than a live musical on stage or one adapted for the screen, and therefore deserving of different (more relaxed?) criteria for assessing?

9. In the Broadway Spring 2015 season, five of the nineteen shows opening are either directly adapted from a movie, or based on the source used for the movie but clearly taking advantage of the brand established by the movie: Honeymoon in Vegas, On The Twentieth Century, An American in Paris, Finding Neverland, and Dr. Zhivago. In the 2013-2014 season, there were six. Is this a trend to lament or to appreciate? Is there something inevitably lost in any kind of adaptation? Or does it depend on the result? Has the transition from screen to stage been rougher or smoother than stage to screen?

10. As I wrote in HowlRound recently, everybody in theatre seems to want more intimacy on stage. Wall Street Journal drama critic Terry Teachout has suggested that theatre be marketed for its intimacy—the “immediate physical presence of flesh-and-blood actors”—as well as for its “artisanal” qualities. This was his way to combat the “stay-at-home mindset” engendered by the “on-demand mentality” (e.g. Netflix.) Do shows like Peter Pan Live! (and Into The Woods) encourage people to go to the theatre, or keep them happy with other platforms?

What can theatres do to combat the “stay-at-home mindset”—to stay live and alive?

So many things to think about, thank you, Mr. Mandell.

As a Twitter denizen (Twitizen?), and general online presence I find myself thinking about questions 6. and 10. all the time. Well, more properly put, I assume Question 6 as an axiom: There is a direct link between connectivity, including, though not limited to, Twitter, and a bigger audience. There are times to ask that question and to want to some numerical proof, but I think that leads to hesitation on building connected platforms. Theatres either believe in connecting with their audiences and sell out on that effort, or they do so reluctantly and haphazardly, which leads to the vicious cycle of the network effect. If you don't believe in your network, it will never accidentally be big enough to suck people in.

Question 10 is such a perennial favorite of mine. I've been thinking about the recurrent crisis of audience for several years now and I come back to the same point as Mr. Teachout, though not just from a marketing angle (and he's not wrong). That which distinguishes theatre from the digital world is its immediacy. People want to see live theatre and have wanted it for thousands of years. There is currently no digital or technical replacement for being in the same room as those actors. No one who has ever felt the heat of the pyro from the Phantom's appearance during Masquerade, or watched Elphaba soar to meet their eye level in the balcony, or seen Vanessa Redgrave experience and transmute Joan Didion's grief will ever be completely satisfied by seeing a video of it. It's exactly analogous to seeing a print of van Gogh's Starry Night and seeing the painting. The difference is palpable (and not just because of the aura of originality; it would still be vivid with a high quality forgery). You haven't actually seen Andy Warhol's Elvis until you see the 20' print towering over you. Etc, etc, etc.

I think what we need to content ourselves with is to be just one method of storytelling, amongst many. We can struggle to fight our corner, but that gets easier when fighting our corner doesn't mean doing down anyone else's corner. It's a big old polygon and everyone can have their own corner. The best way to fight and survive as a theatre to be committed to being excellent at whatever scale you are on and that part of that excellence is to be connected to everyone with an interest in what you do, not just with the people who come through the doors of your theatre.

Hate-Tweeting is definitely a thing. I think everyone is a little bit guilty of tweeting something mean for a laugh. And maybe that's what it is? It's more like poking fun at something-- who can tweet the funnier joke? Who can get their joke retweeted the most? It's a game.

I've never tuned into an event JUST to hate-tweet on it. I guess there are some bored people out there who might/would/have. I assume that would be like wanting to watch or see a train wreck. Personally, I'd just rather not waste my time on watching something I don't like. Or, as a general rule, don't care about just so I can hate-tweet.

Do we know that we're not going to like something when we turn it on to watch? No. I sat down for Peter Pan Live! and didn't hate it, but I didn't love it either. I had a good time, though. But I'm a geeky theatre nerd. Things just don't translate from stage to screen. THe same can be said for Into The Woods-- which I truly did enjoy. But was the magic of seeing it on stage there? No.

I think that broadcasting things like Peter Pan Live! WILL bring a form of "theatre" to a new audience. And it will also rile up and provoke the hate-tweeters and encourage the jokemasters. But it also brings together a new community on social media. It gets everyone talking about theatre. And it brings the visual and the talent of an EPIC production to those that might not have a decent theatre community in their area, or who can't afford to go.

I don't want it to encourage the stay-at-home mindset. With some, it will. But it will grab others. There truly is something magical about seeing it live and breathing the same air as the performers, and being in the presence of a live orchestra, or seeing your favorite celebrities in person.

As for the movies being turned into musicals... well. They sell. It will never stop, these days. But I, for one, tend to appreciate the originals more. THat's not to say that I wouldn't freak out like a Beatles fangirl if they made one of my favorite films into a Broadway show-- but you know. :)