Art is Essential to Democracy

“What is the point of culture? Culture functions ultimately to ensure the preservation and continuity of a people.” —Chimamanda Ngozi Adichie

“The precise role of the artist…is to make the world a more human dwelling place.” —James Baldwin

The Federation is a coalition of artists, arts organizations, and allies that are committed to keeping cultural borders open. The idea and the name was sparked by the artist Laurie Anderson. In the early spring, she, the producer Laura Michalchyshyn, and I were having dinner. Laurie talked about her recent experience working in Berlin, the growing refugee crisis there, and the threatened closing of physical borders throughout Europe. This was after the US Presidential inauguration but before the harmful tactics of the current administration, such as the travel ban, had taken effect.

We were concerned by the lack of a collective outcry from the arts community about the threats that were sure to continue and increase, attacks on vulnerable communities and on artists themselves. We thought, How about a federation that is made up of cities, organizations, and people that is defiant of the powers that be that seek to divide us and keep us separate?

We were concerned by the lack of a collective outcry from the arts community about the threats that were sure to continue and increase, attacks on vulnerable communities and on artists themselves. 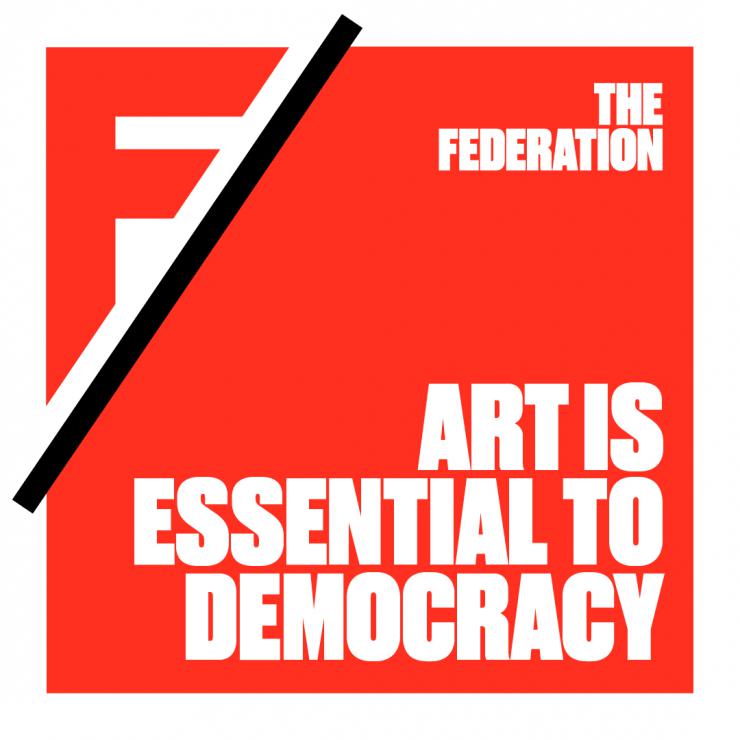 We decided to gather people together and see what would happen. The first session was on 26 April 2017. We started with everyone going around the room and saying a way in which they or their organization was keeping cultural borders open or an idea they wanted us to consider. The camaraderie and solidarity was electric.

I am a big believer in the galvanizing power of bringing people together who are working towards similar goals but otherwise might not meet in person. What’s crucial is that you enter with ideas and emerge with actions. Do more than say.

At the end of that April gathering, Laurie turned to me and said, “Let’s keep going.” Since then, The Federation has been meeting every month to share information and brainstorm ideas and messaging. It’s a random alchemy who is in the room on a particular date, but it’s always a mix of people from different fields, and small and large organizations. The gatherings are in New York, but we set up a Zoom video conference so that members from around the country can participate.

If it sounds unwieldy and loose, it is…and we like it that way. We are non-partisan, voluntary, not a c3 or c4. We support each other’s projects and spark ideas and collaborations for new ones. We are about creating work that fosters empathy, understanding, and joy across diverse communities. Some of it happens with The Federation branding; much more of it happens stealthily or by specific organizations within The Federation family. 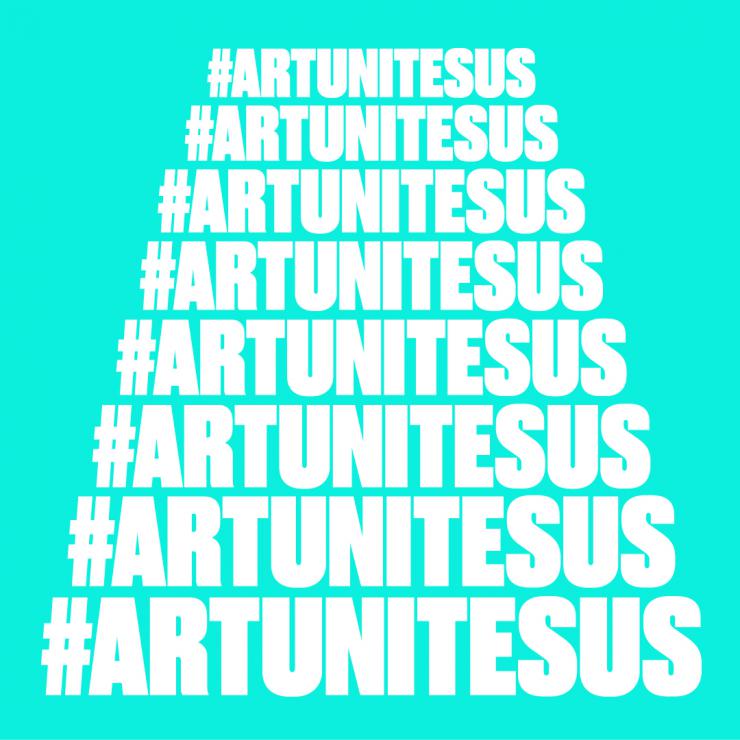 After our public launch at the New York Film Festival on 11 October with the Film Society of Lincoln Center, we started gearing up for Art Action Day on 20 January. We decided on that day because this past 20 January, arts institutions were encouraged to close their doors in protest of the inauguration. For 20 January 2018, we want artists to be more loud and visible than ever. We’ve created an Art Action Day Toolkit on the website for people everywhere to take the ball and run with it. Some of the ideas include a moment of sound where people gather with their instruments and voices and make boisterous noise and document it. For example, there will be a sing-along at The New York Public Theater with MILCK, who created the viral anthem Quiet, that was sung by a flash mob at the Women’s March last year. Another is to project iconic texts on art and democracy onto building surfaces, which will be done this Saturday by organizations such as PEN America, Boom Arts in Portland, Oregon, and Performance Space New York. Laurie Anderson has curated an Art Action Day Playlist that will be broadcast by Spotify’s Creativity Boost Playlist. We have also enlisted the tools of StoryCorps, so that people can record conversations about why art is essential to democracy and what would life be like without art.

[W]e aim to keep the coalition going because the need to keep cultural borders open will never stop.

For Art Action Day and beyond, if as many people and institutions do something to show that they are keeping cultural borders open, that will send a beautiful message. It means supporting programming that features artists from vulnerable communities—in America, this includes immigrants, Muslims, Mexicans, LGBTQAI, and women—and providing opportunities for people to make, experience, and support art in ways that show how art unites us.

Last year, I produced a lot of election-related digital content. I did so not because I wanted to work in politics, but because when Trump announced his candidacy, I was terrified he would win and that the misogyny and racism he was unleashing would become the new normal. I was born in Sri Lanka, a country that had for many years the South Asian version of Donald Trump. Under that president, Sri Lanka became one of the most dangerous places in the world for journalists. He installed his family members in various government positions. His name and likeness were everywhere, like Big Brother. There was repression in exchange for a fragile peace after decades of civil war. So I was terrified by how quickly things could go badly in the US.

Now, in the US one year later, I am still terrified, but I like to say: Trump is the fruit, not the root, of the problem.

And I am heartened because people are awakened like I haven’t seen since I was a child in the 1970s.

After this Saturday, we aim to keep the coalition going because the need to keep cultural borders open will never stop. We have plans to do a fifty-state listening tour with artist-driven town halls. We also have dreams of creating a Federation curriculum that we will distribute for free to educators around the world.