I grew up about an hour outside New York City in Westport, Connecticut. The house I lived in my whole life was built in the 1930s on several hundred acres of land bought by John Dorr, a wealthy mechanical engineer, and his wife Nell, a photographer whose work was included in the 1955 landmark exhibition The Family of Man at the Museum of Modern Art. For reasons lost to history, the couple decided to have the interior of the main part of their house painted to look like a classic Swedish cottage, with Swedish poems on the walls and portraits of themselves in traditional Swedish garb on the doors. The Dorrs were attracted to the vibrant arts community that existed in Westport in the ‘30s and ‘40s; in fact the town itself at that time is regularly referred to as an “artists’ colony.”

Today Westport has one of the wealthiest zip codes in the United States. A hedge fund responsible for $120 billion of the world’s money is nestled in the woods there. A renowned summer stock theater that has long served as a cultural touchstone for the town was recently renovated into a yearlong, state-of-the-art institution, a far cry from the funky refuge for new work and boundary-pushing playwrights it once was. The Dorrs’ land was long ago divided into two-acre chunks that can barely fit the mansions built on them.

In this gilded environment, my family has always been slightly out of place. We inherited Nell and John Dorr’s offbeat Swedish cottage from my grandfather, who came to town in the ‘60s to serve on the faculty of The Famous Writers School, a wildly popular—and ultimately controversial—correspondence course. Though now winterized and expanded, our house is one of a dwindling number of non-mansions on the street. My parents, too, are unusual in that they have both made lives for themselves in the arts, and while they haven’t seen the financial success of many of their fellow townsfolk, I think they would argue that they are spiritually rich. 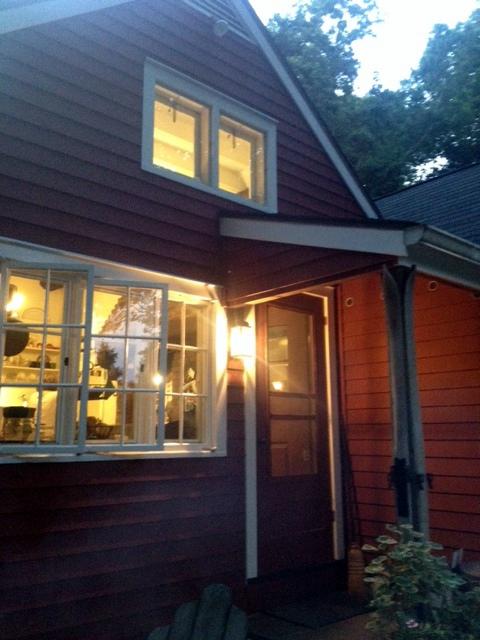 I was lucky enough to be (spiritually) supported by my parents as I struck out for New York after college to pursue a life in the theater. One of the things that keeps me in the Big Apple—despite soul crushing rent and constant questioning of a sustainable artistic life—is the proximity of that support, both spiritual and physical. The house is for me now not only a place to see family, but also to write, to make giant puppets in the yard, to generally spread out. I have begun to think of my house as a legitimate artistic resource.

Recently, my parents and I decided to experiment with sharing that resource, thinking other artists might also benefit from the opportunity to get away and spread out. We invited two dear friends of mine, both of whom knew my family already, to come and stay for a weeklong, makeshift residency. Each individual artist, myself included, would have a bed, a desk, and a door to close. We would all have dinner together, but the rest of the day was ours. The three of us were working in different disciplines: screenwriting, puppetry, and visual art. 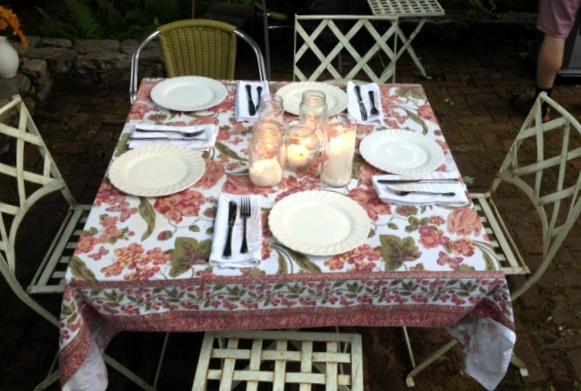 Since paying jobs are necessary and personal studios often financially out of reach, a residency is an opportunity for a young artist to come face-to-face with his or her process in a vacuum. While ours was a pretty casual enterprise, being alone in a room with your thoughts for five days straight is incredibly daunting. It is also a privilege, and we were all excited. Instead of squeezing art-making in around the margins of our New York City work lives, we had a chance to view it as an actual job.

There were no showing or performance requirements for the “West Branch Residency,” as we unofficially called it, West Branch being the original name of the house. We all came with our own private plans and goals for the week, and were under no obligations to share them, or even accomplish them. The point was just to give this side of our lives our undivided attention. 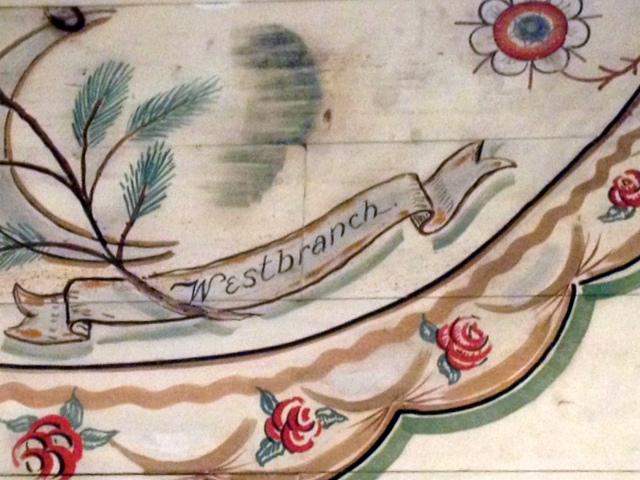 While all three of us got a lot out of our time alone, I was surprised at how non-monastic the experience felt. As the week went on, we started organically congregating in the kitchen at the same time in the afternoon, and on our last day we decided to leave and go to town together. It might sound like we ran away from our responsibilities, but I think we stopped feeling as if we were under the gun. One of the residents spoke to me about feeling constantly burdened by a vague feeling of guilt that I think affects many artists; the “art” we always think we should be making but have no time for follows us around like a storm cloud. During our week together that guilt was alleviated somewhat; a new normal was created in which everyone was confronting their own personal storm cloud. The social moments between the three of us were evidence that we had let go of some of that ongoing artistic anxiety.

Recognizing your own community of artists and making space for that community to grow together is just as much the responsibility of an artist as the creation of individual work.  I am lucky enough to have access to a physical space outside the city, which is an amazing resource to be able to share. If we cultivate a broader understanding of what our “work” really is, we can all create space and opportunities for one another, whether they be large or small, in the city or out. My dad described Westport in the ‘30s to me as a “romantic refuge” for New York City artists. It’s a less hospitable place for the creative class nowadays, just as New York City is, but artists are always going to be welcome at our house.

Emma, this is a great idea. I'm currently on a three-month sabbatical at my family's ranch in western Kansas, finishing my PhD dissertation. I'm living in an otherwise-empty four-bedroom house on the beautiful prairie (saw a dozen turkeys, a red-tailed hawk, and two deer from my writing desk just this afternoon). I've been thinking this would make a great artists' retreat, for anyone who really wants to get away and is willing to drive 4 hours from the nearest major airport. There's also another one-bedroom house on the property a few miles away that would make a good hermitage. It would be interesting to create a network of artists around the country who would be willing to host such "micro-residencies" once a year or more. I'd be interested in talking with you and commenter cherylking3 below, if either of you are interested.

Nicely done Emma, it is a special place indeed, and I often want to sit on the pond bridge with my guitar and my songwriting journal and wait for the breezes to inspire me... Keep on m'dear...!

Bravo, Emma. I am happy to hear about your experiment. I too am suffering from the soul-crushing rent of NYC and will be closing the doors of my small live/work theater next summer and going on the road for a year to do art projects. Then I'll go to Santa Fe and try to do there what you are doing in Westport. I'd love to talk to you more about how it is working for you, whether you intend to continue your invitations.