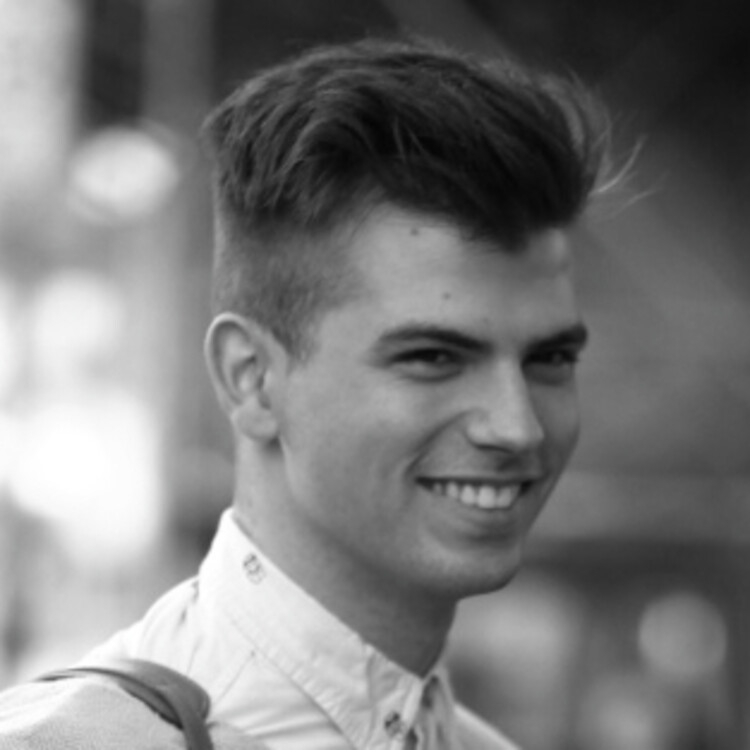 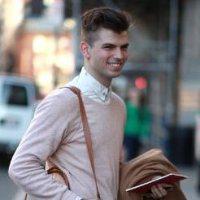 “Yeah, but what do you want to do in theater?”

I’ve been plagued with that question since I decided to leave the comfort of my quaint Iowan home and head out East to pursue a career in theater. Of course, the question came from extended relatives whose relation to me I wasn’t even sure of, but somehow they knew my choice to do something “artsy” was going to come back and bite me in the ass. The worst part was there was roughly an eighty percent chance that they were right, especially considering I was not sure exactly what I wanted to do with said artsy career. I was going into a career and profession blind, but I was (and still am) young, and I knew I wanted to create theater, but what the hell did that even mean? There was something inside of me that was drawn to exploring a question or thought theatrically, but I wasn’t really sure where in this theatrical production hierarchy I fell.

So I decided to go to college for a BA degree in theater studies, which is a degree program as broad as it sounds. In theater studies, you can pick and choose classes ranging from design to acting, from stage craft to direction, and that ambiguity sounded like sweet, sweet nothings to my ears. To me, BA automatically came coupled with the preconceived notion that employers were going to think I didn’t try hard enough to gain the all-mighty F in my degree, but what it also meant for me was an opportunity to experiment within the world of theater, something I hungered for. I mean college is supposed to be all about experimentation, right?

In an industry and educational system that values the more letters you can fit on your degree, it’s ballsy as a twenty-something to enter the workforce as a creator, but it’s a necessary step we must take in order to legitimize the fight for collaborative creation.

I didn’t want to define myself as anything other than a creator, but that’s not the way college works. Luckily for me, I was accepted into the honors program, which gave me the opportunity to explore literature, theory, and scientific thought. If you’d asked me in high school if environmental ethics and theory should play a role in theater creation, I’d likely have laughed you off and strutted back to my encyclopedia of Broadway musicals of the 1920s, but for some strange reason Darwin, Foucault, and Kinsey all seemed like they were speaking to some degree of humanity that deserved to be examined onstage. Whereas my theater classes expanded my understanding of the multifaceted art form I was interested in pursuing, my liberal arts classes illuminated the questions that needed to be answered. Not only was the type of work I was gravitating towards changing, but the way I wanted to create it was changing as well.

With this new inspiration, I started wondering how I could explore these questions theatrically. I wasn’t feeling the typical playwright-director-actor rehearsal room model I’d been brought up with. I needed more. I needed a different way to construct theater. I began researching to see what types of theaters were out there. When I hit the world of ensemble and devised theater the picture began to come together. I began painstakingly compiling all the information I could about pioneering companies like Lookingglass Theatre Company, SITI Company, and Tectonic Theater Project, and I realized this was the creative home I was looking for—a collective of artists with a common goal to create explosive new works of art.

Now, if only there was a way to major in being a theater-maker.

Recently, ensemble theater companies and devised works have taken the spotlight as many theaters across the United States have begun to incorporate devised work into their regular seasons. Moving from small black boxes, rehearsal studios, and hidden deep in New York’s boroughs, ensemble theaters are now filling some of the country’s biggest stages.

So, as a student of theater-making, my question is how do we educate today’s students to be theater artists in an industry and education system which values focused and specific degrees?

I wish I could say I had the answer, but I’m still trying to figure out how to properly format my resumé without saying theater director/producer/artist/creator/maker. But there’s one thing that’s certain, we need programs and educational institutions that foster a student’s ability to create in this experimental fashion and giving students flexibility to explore so that they can develop their own varied approaches to creating new work.

It’s time educational institutions across the country embrace the artistry of the wacky world theater students are throwing themselves into. Yes, we are actors, directors, dramaturgs, stage managers, designers, but above all, we’re theater artists, and unfortunately, it seems that this key component to developing our creative identity is being forgotten in lieu of specialized and extremely focused degree programs which teach us a very specific rung of theatrical hierarchy.

Now, do I think that this means that everyone should be a theater-maker?

If you want to act, and only act, go do it. If you want to only direct Neil Simon plays for the rest of your career, please go direct the next great revival of Brighton Beach Memoirs. That is where the beauty of theater lies, in the fact that we’re beautifully varied. That is what makes this field so exceptionally interesting. In my eyes, we’re all just professional make-believers; our differences just depend on the ways we want to make-believe.

In an industry and educational system that values the more letters you can fit on your degree, it’s ballsy as a twenty-something to enter the workforce as a creator, but it’s a necessary step we must take in order to legitimize the fight for collaborative creation. Yes, my degree may not have a F wedged between it, but hopefully we can come to the point where BA can stand for bad asses—bad asses who want to learn about every aspect of the theater; bad asses who are committed to the theatrical revolution taking place in our country and are fighting to be a part of it; bad asses who want to do things in a new way and don’t play by the rules.

A beautiful essay. I look forward to sharing it with the student theater-makers in the Performing Arts & Social Justice program at University of San Francisco.

I would love to see a greater emphasis on establishing a class of theatre-creators, generalists and inter-disciplinary artists in theatre, but I don't think the problem lies with our education system (as the commenters have been quick to point out; great programs do exist for this). In our industry, we do not think often enough about hiring for skills. Instead, we look for experiences as a proxy for skills. There is nothing inherently wrong with this. A carpenter who has worked as a carpenter for several years will probably be a good carpenter for your theatre. But it means that theatres place themselves in a box, cutting themselves off from great sources of new and innovative thinking and practices. A carpenter can also have other skills that make them excellent at something else in theatre and we don't have a way, as institutions, to identify promising talent who, either by choice or by accident, haven't followed the "normal" paths and haven't accrued the "right" set of experiences for theatres to make sense of them.

Our BA in performance at the University of Minnesota is pretty much what you are describing. Focused on devising, innovation, collaborative creation and new work making. I agree it's a way the future is pointing and our students, faculty and graduates daily make me excited and proud. I love the notion of BA meaning Bad Ass!

Not sure how it is now, but some of the stuff that is happening in the BFA programs at Savannah College of Art and Design fit this bill as well.

I'm happy to hear that we B.A.s at SUNY Fredonias are not the only ones calling ourselves bad asses in theatre. Such a terrific read! I'll be gladly sharing this among my classmates.

This is the most pertinent discussion. D's recommendation of Boston University is a good one. You might also look to Brown's Integrated Arts program as a model. You are calling for a revolution in theatre education. I echo the call. Here's a "Whatifesto" that explores the theme:

Boston University - BFA Theatre Arts...it is exactly what you have described. They're calling it 'the new conservatory.'