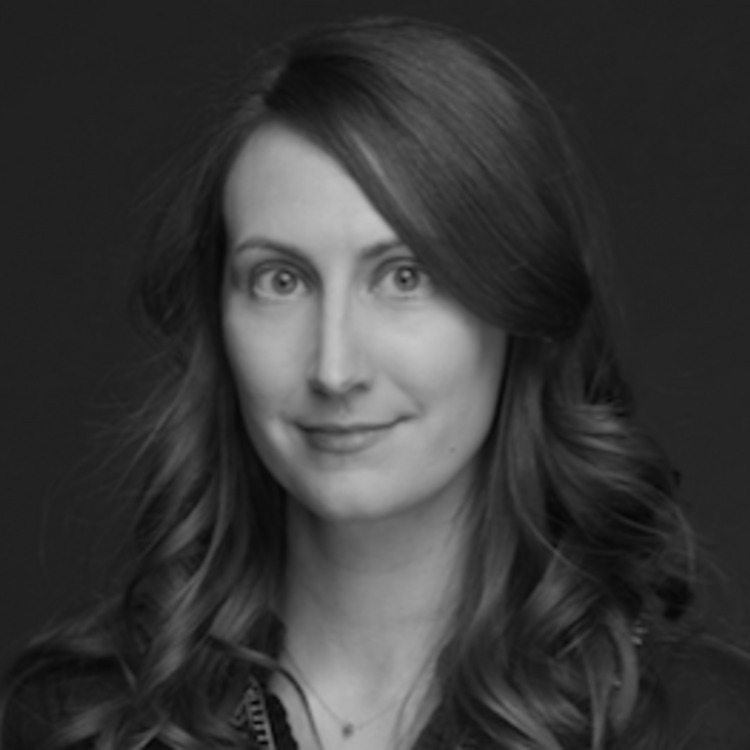 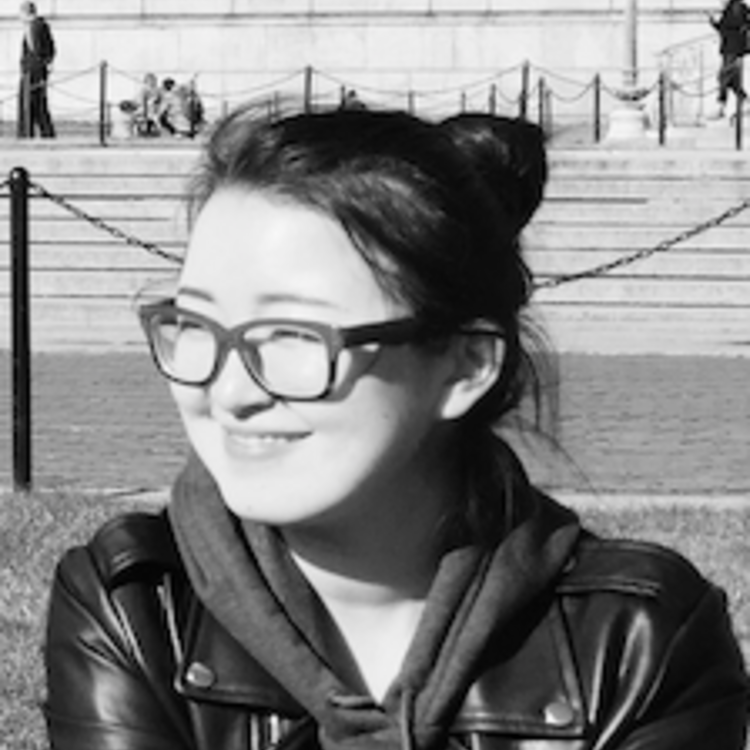 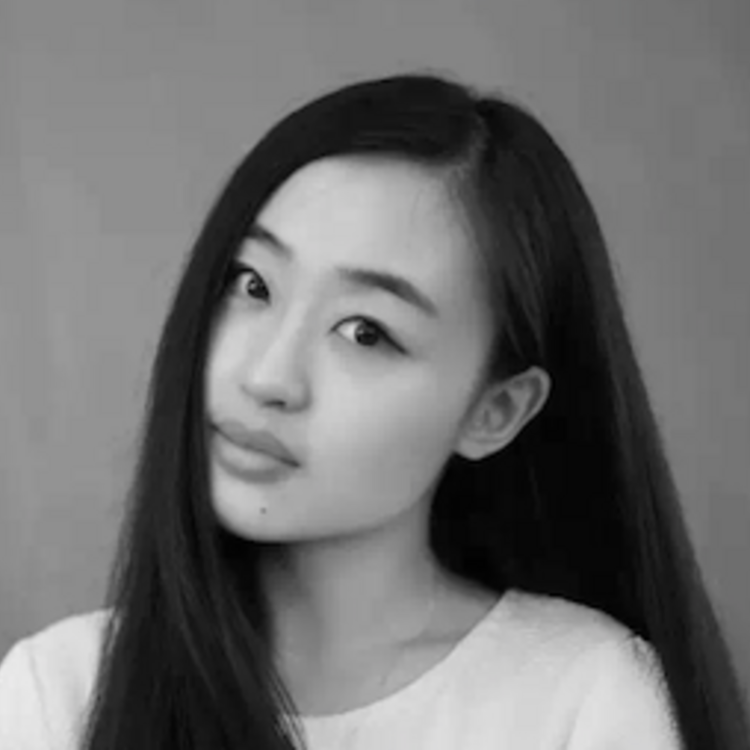 Between New York and Shanghai

An Interview with Brenda Liu and Rui Yang

Kate: How did having us with you guys make you think differently about Chinese opera, or traditional Chinese theatre?

Rui: For me, this was the first time I tried to combine traditional Chinese opera with Western theatre. We had several classes to help you guys understand what Chinese traditional opera is, and determine whether we can just put some [Chinese opera] elements in your scripts.

Brenda: After I received your scripts, I had no idea how they were going to produce them on the Chinese opera stage. It was a huge conflict for me to present Western stories, ideas, and culture. But after we talked a lot in class, we started to find the common parts and tried to add a little bit of Chinese opera elements into, especially Ben Hoover’s play. That’s really dramatic for me to make that happen, and for our audience to understand the ideas in [Kate’s play] The Tutor.

Kate: What was the most surprising thing about our visit to China?

Rui: Our culture’s quite different and we grew up and learned in total different environments, but we’re not that different. Especially when I find that you are really interested in rumors and love stories, too. It’s really interesting for me that our characteristics were the same, and we have the same points of interest and a love of theatre.

For me, language is the first problem because sometimes I’m not fully expressing what I think and what I want to say. —Brenda Liu

Kate: What did you learn from our visit?

Rui: How you structure a play is quite different from us. As you experienced, our professors raise an idea first. If the idea is not so attractive, then we abandon that and just change to another one. But when you felt really enthusiastic about something, you expanded and explored more things after conversations with our professors and fellow students. You asked more about what Chinese culture is and how to combine different aesthetics together. I guess I learned not to judge my ideas the very first time because every story can be better.

Brenda: For me as a playwright, it seems like if you don’t rewrite your play, it seems a little bit stubborn. But it also seems like it’s not your idea if you follow someone else’s advice—it will become the other person’s idea. So we surrender a lot when we pick what should we write, we’re always listening to others’ advice, and then we change our opinion, and then finally abandon that.

Kate: Do you identify primarily as playwrights or as theatre academics?

Brenda: I want to become a playwright. So I’m very excited by the time we spent in Kelly [Stuart]’s class. The way she’s teaching her students and the way the classmates talk together, and the different way they’re describing their stories gave me a lot of inspiration to modify my stories. I think the Collaboration class [taught by Anne Bogart] was really fantastic. We learned how to perform a play from the words on the page to the version on the stage. It helped me figure out how an actor absorbs a character, and how a dramaturg explains to the actor how to understand the play, and how a director understands the playwright’s idea.

Rui: This semester I joined one of the acting classes and it was my first time being an actress and I had the idea of how to figure out my own identity or my own role in the theatre...If you said to me, what do I want to be next? Actually I want to be both an actress and a theatre teacher.

Kate: And so has this experience at Columbia led you to change what you plan to do when you go back to Shanghai?

Rui: Yeah, before I came here I had been a producer for radio programs and I was thinking that after I go back, I’ll get back into the old routine even though I wasn’t enthusiastic about it. But here in the Collaboration class, we see different playwrights and dramaturgs perform [as actors]. They are really clear about their role in the theatre. Before this experience I never thought about what I should be.

Brenda: I don’t think the playwright is really close to the theatre in China. Usually the director is in charge of all the theatre stuff.

Kate: And that was something that we experienced when we were over there. That we didn’t have the same authority that we would have in a rehearsal or in a production in the US.

Rui: And what do you guys think of dramaturgs?

Kate: I like dramaturgs...I am also a dramaturg, so I think that a good dramaturg can make a huge difference. They’re basically the caretaker of the play and of the playwright, if they’re doing their job right. They’re making sure everything makes sense, unless it’s not supposed to make sense. I think they’re important.

Rui: The most shocking or surprising part for us was to find out there is a dramaturg major here.

Kate: Because you don’t have that?

Rui: We don’t. One of STA’s professors was here in the springtime. He came back to Shanghai and wrote an essay saying that our theatre was losing its spirit and soul, chasing the commercial market. He thinks that we should and must start a dramaturg major soon.

Brenda: You said you are a dramaturg, what if you [disagree] with the playwright’s idea?

Brenda: What if you want to work on the show, but you have a different idea?

Kate: You have to serve the playwright. You can say, “This is what I think,” and they can say, “OK!” But, it depends on the playwright. Sometimes playwrights need to be told, “Actually this doesn’t make sense.” But, ideally, you’re there to say, “I’m going to be your friend to help you achieve that as much as possible.”

Rui: Yeah, that’s nice. It sounds professional and sweet at the same time. Sorry, sorry about our questions...We changed roles.

Kate: That’s OK! You can have questions...What’s the most challenging part about being at Columbia?

Rui: Presentations in Arnold [Aronson]’s class! It’s really challenging. In his class you have to show your own ideas and your own perspective on the play. The first part is whether we can understand the play and the second is to raise some questions about it and have a conversation with all of our classmates. To be honest, English is a big problem for us. I mean right now we can talk about something randomly very quickly, but it’s hard to get to the point easily.

Brenda: For me, language is the first problem because sometimes I’m not fully expressing what I think and what I want to say. Also the presentations in the theory of comedy class, especially the comedic moment. Sometimes, we think “that’s funny,” but the other people laugh just for respect. And sometimes when they laugh, people actually don’t know why.

Rui: We showed Chinese traditional opera to the students here. And for the comic moment, we chose two clips from Chinese operas and they did not totally understand. To a Chinese audience’s perspective, “This part is really great and interesting.” But not from a general perspective.

Brenda: Yeah, or when the other students use some line in a play, but it has different meanings...

Rui: Yup, and everyone laughs!

Brenda: I think this is funny, but why? That is the big challenge.

Kate: What were the biggest challenges of living in New York for you guys?

Rui: After I moved to Roosevelt Island, traffic became a problem on weekends. Sometimes we really want to see a show, such as Hamilton, but it’s too expensive. And we really want to communicate with people, but it’s hard. It’s not that hard for me to start a dialogue like, “How are you? How was your week?”—that’s easy. But after that, I don’t know how to continue the conversation.

Brenda: I have that problem too. Because after class I want to get closer with our classmates. But all I can talk about is the play that we’ve just learned in the class, but to them, “We already talked like that. It’s after class time, can we talk about anything else?”

Kate: And did you feel that challenge when Ben and I were in China?

Brenda: It was easier because we had a lot of things we wanted you to know.

Rui: It’s because the program’s different. We had twenty people for you. But [Brenda and I] aren’t that easy to communicate with here. We stay together and speak Chinese. We didn’t really do our best to try to communicate, so people might just think, “These visiting Chinese scholars don’t really want to talk, we can just do our own things.”

We will talk about Collaboration class because it’s the most interesting thing that people from STA may be interested in… And we’ll talk about what a dramaturg is. —Rui Yang

Rui: I believe it’s because the culture’s different. Chinese people really want to do a lot of things to make you feel comfortable and provide hospitality, so you think, “Oh my gosh, these people are so great.” But for here, “You’re already a grown up, you can speak English, and we’ve already sent you an e-mail about the curriculum.”

Brenda: We have to give a presentation on what we learned this year.

Rui: For the academic part, we will talk about Collaboration class because it’s the most interesting thing that people from STA may be interested in. We only do that when we’re about to graduate, but we don’t have a class or activity for people to just cooperate together. And we’ll talk about what a dramaturg is. For the amusing part, I guess we will show something we learned from stage combat class.

Brenda: We don’t want to make it so theoretical...

Rui: I was going to say serious, but I’m thinking serious is maybe not the right word...

Rui: Yeah, or more formal. But I believe the professors will want us to talk more about history, structure, and theory of comedy. We’ll make a presentation that shows that we did learn something here; what we learned was really larger and bigger than what we can talk about.

Brenda: Right that’s the stuff on the surface, not the deep part.

Kate
Mulley
Thoughts from the curator