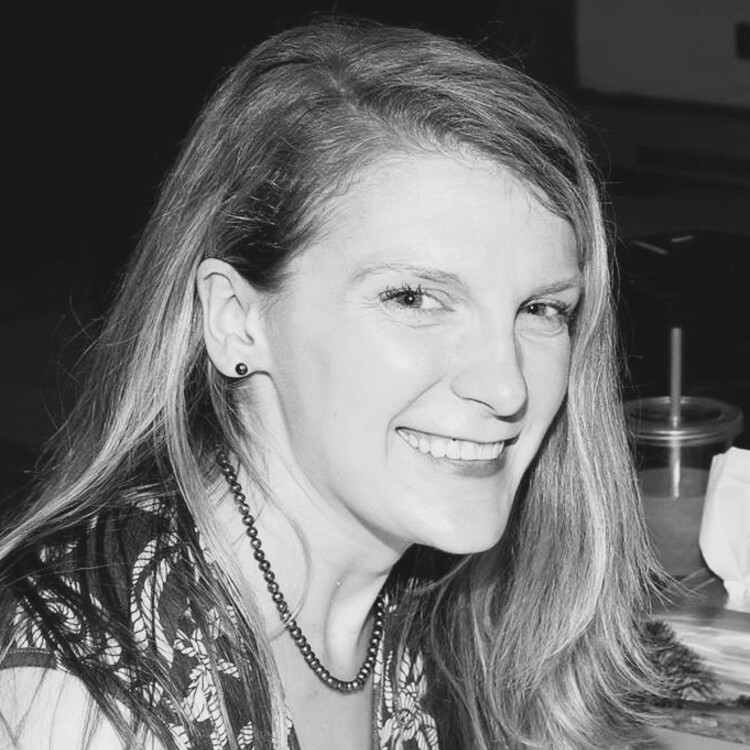 Cat-Calling and Crashing the Set

Performers Sound Off About Street Harassment

Standing ovations and bouquets of roses are common for many performers at the conclusion of a show, but during a recent performance, singer-songwriter, and actor Diana Oh experienced nothing of the sort. Instead, she was the recipient of vulgar comments, physical threats, and other forms of harassment.

Oh is the creator and star of the outdoor performance My Lingerie Play, a series of ten underground performance installations that chronicle the lingerie she has worn throughout her life. The motivation of the show, she said, is to inspire a safer world for women, but Oh has been harassed—verbally, physically, and online—throughout and following her performances, encountering men making kissy faces and slithering sounds and being forcefully grabbed by strangers.

‘I felt like he took a piece of my soul. It was this creepy thing out in public where everyone can see what he’s doing, but something has taught him that it was completely OK for him to do that.’—Diana Oh

The show was inspired by a “holy shit” moment that cemented Oh’s decision to challenge the norm of trivializing women through sexuality. She had originally planned to present My Lingerie Play in a theatre, but she moved it to the street in an attempt to reach the people she thinks need to witness her performance and its pointed message.

“I felt like he took a piece of my soul,” Oh said recalling a man who attempted to grab her while making hissing snake sounds. “It was this creepy thing out in public where everyone can see [the harasser] and what he’s doing, but something has taught him that it was completely OK for him to do that.”

It was encounters like these that motivated Oh to create My Lingerie Play, which is staged in crowded and popular public areas in New York like midtown’s Times Square or Union Square Park, where Oh stands on her (literal, labeled) soapbox, holding various pieces of artwork or writing that detail her motivations for presenting the play.

“[I was thinking], ‘What is the most unapologetic way I could essentially make my own commercial, my own announcement to the world?’” she asked. “I needed to deliver the message of this play to the public in a really big unapologetic way. I felt like New York City was at a breaking point in general. This is enough, and this is fucked up. We just can’t take it anymore.”

Watch a video of Oh’s first installation of My Lingerie Play below.

Street Harrassment of Women
What drove Oh to present My Lingerie Play was the continuing objectification of women’s sexuality in public spaces—especially street harassment, an occurrence that has become so common in New York that activists have banded together to fight it with technology and community organizing. The international nonprofit movement Hollaback!, which was begun to counteract street harassment, encourages people to document their experiences and respond through a smartphone/web application. Hollaback! states on its website, “Street harassment can be sexist, racist, transphobic, homophobic, ableist, sizeist and/or classist. It is an expression of the interlocking and overlapping oppressions we face and it functions as a means to silence our voices and ‘keep us in our place.’”

A research study conducted by Hollaback! and Cornell University in 2014, reviewed data from the United States as well as 42 cities around the globe. Released in 2015, the study surveyed more than 16,600 respondents—the largest analysis of street harassment to date.

According to the study, 71 percent of respondents from around the world reported being followed, and over 50 percent of women in twenty-two countries reported being groped or fondled; 85 percent of women in the US report experiencing street harassment for the first time by the age seventeen, before they are legal adults and able to vote or buy alcohol.  When contacted for an interview for this article, the New York Police Department press department said no one was available to respond.

Harrassment as a Street Performer in New York City
New York City is home to dozens of outdoor performances each year, with countless Shakespeare productions filling the city’s parks during the months of June to September—everything from the star-studded annual Shakespeare in the Park productions at Central Park’s Delacorte Theater to low-budget performances scattered throughout the five borough’s outdoor spaces. Weather and other elements of performing outdoors pose threats to the performances, but the casts and creative’s also face harassment, from passerbys and figures of authority.

When performing in Theater for a New City’s Street Theater tour, actor Alex Simmons witnessed and experienced various forms of harassment, including shouted comments from passerbys, as well as intoxicated people climbing onstage. And the cast members who had to change their clothes were constantly commented on.

“The actors mostly changed right out in open air behind the stage,” he said. “Some of the women wore swimsuits or leotards [and] I heard plenty of ‘Hey baby’s’ or ‘Oooh nice’ while waiting for an entrance.”

During an outdoor performance of Much Ado About Nothing, actor Paula Galloway encountered audience members who were under the influence of drugs as well as teenagers riding bikes through the scenes and interfering with costumes. One of the challenges of outdoor performances, Galloway said, is that it can be difficult to put safety precautions in place.

An official from the New York Department of Parks & Recreation declined an interview and provided the following statement: “Requirements to stage an outdoor productions in City parks depends which parks (i.e., Central Park events are managed differently than events at Morningside Park and for various reasons), and on the size and type of event. A permit is needed if a specific location is desired and if more than 20 people, including the organizer/production, is expected to gather.”

“They started driving through our playing space, asking over and over again to see the permit and basically treating us as though we were criminals,” she said. “They refused to discuss the situation, they didn’t care that we’d been authorized by our park liaison and they seemed hell-bent on ruining the show. I literally had to perform a scene and then run backstage to get the permit. It was awful, my cast was angry, and my audience was confused.”

To ensure protection from harassment during My Lingerie Play, Oh asked a friend to be present for the entire performance. While numerous women have thanked Oh for her performance, she said she has been approached and threatened during the installations and after their conclusion.

Oh described her reaction to being cat-called by a van filled with men while riding her bike after a performance, saying, “I went from this incredibly empowering experience to then being faced with that… I always talk back. It’s gotten to the point where it’s, ‘You can’t do that. Women don’t like that when you do that to us. It’s not nice.’ Sometimes people are like, ‘Oh, my bad, sorry’ or ‘What? It’s a compliment.’ We get into a fight about it. They call me a bitch. I call them an asshole. It ranges from ‘My bad’ to complete aggression to ‘Don’t tell me what to do!’”

While NYC Parks & Rec said anyone being harassed should report it by calling 911 and requesting assistance from any nearby NYPD or Park Enforcement Patrol officer, the harassment has also continued online, where Oh shared videos of her installations, and, she said, actually feared for her safety due to the comments that were posted. In response, she presented the video “Cross Stitching Mean Comments,” where she shared some of the threatening comments alongside visuals of feminine floral needlepoint.

“That’s where I felt the most unsafe because people were saying, ‘She deserves to be raped.’ Violent shit. And that’s why I was like, ‘Oh my God. If this continues, are people going to go for the lingerie girl and stage a whole fucking gang rape?’

The effects of that lesson’s absence are felt every day by victims of harassment, and responding to the harassers can be a difficult and dangerous decision.

Galloway, Barton, and Oh all said they are regularly harassed on the street, and they each emphasized that they had never been physically harmed, which they described as being “lucky.”

“I’ve been relatively lucky,” Galloway, who has heard comments like, “I smell tits,” as she has walked down the street, said. “I’ve had incidents where I’ve walked away, because it just wasn’t worth it. Other times, I’ve mouthed off before walking away. The point is, I’ve managed to walk away each time.

“I’ve read stories where women could not walk away. They were beaten, injured, even killed, because they said ‘no,’” she continued. “The idea of rejecting someone has now become so… dangerous, that a woman is in jeopardy, no matter what she does. I wrote something some time ago about a street encounter I had recently had. And, one woman’s response was, ‘Oh, you shouldn’t have said anything. It could have gotten worse.’ I’ve been in situations where I’ve said nothing, and it started to escalate, anyway.

“This is the world we live in, now. How did we get here? And, how do we get to a point where a woman is free to say no, without her life being in jeopardy because of it? Where does that start?”

As a man, I have never understood catcalling. I was raised in a family that was heavily populated with women, but the men always had the sense of power. It has disturbed me. I have been walking with my mom when a group of guys, my age, made comments to her. It disgusted me and I am so fed up with this behavior as are so many others and some may say beyond fed up. Oh is so respectable and she is brave for putting herself up on that soapbox to advocate against this obscene behavior. I think that It was funny how one man in the video commented on how deep it was. I disagree with this statement that her words were in fact deep. For a woman to say that because she wears a certain clothing item, she does not deserve to be objectified or harassed is not deep. It is logical and it is moral. Although not in person have I been catcalled, I have been messaged on apps to where I honestly am uncomfortable and feel objectified. I hate that there is a part of the sex culture that is emphasized on how we need to act as human beings. Yes we are sexual animals and we we designed to replenish our population, but this does not entitle others to act out as if it is their duty to attract a mate and ridicule others who do not wish to participate in the disgusting gesture. We should not fear that someones uninvited words can turn into an assault case. We should not have to define no. I am glad to see that people are using new mediums to make this issue seen and talked about. I am glad that their is progression for safety but I wish we could flip a switch because people sadly do not know between right and wrong.