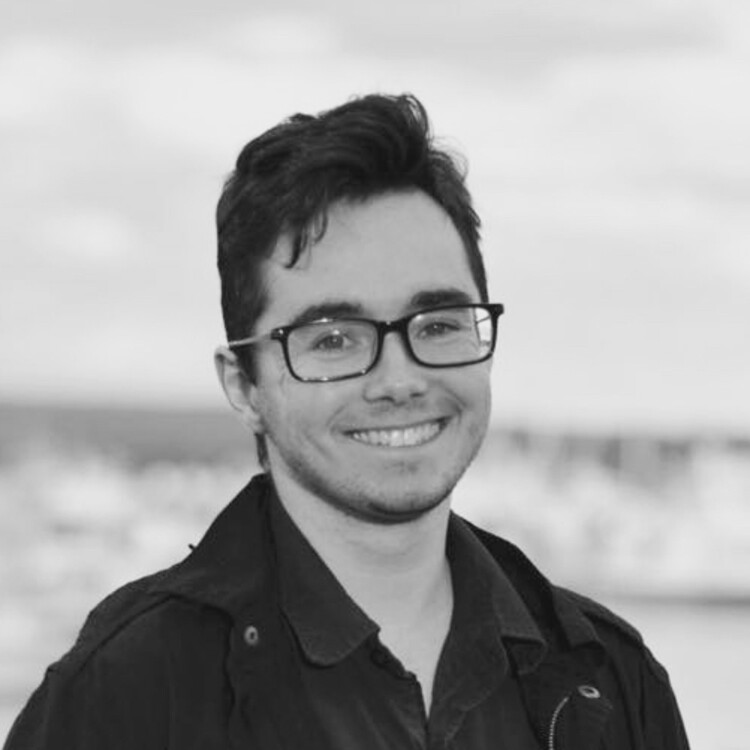 After two successful events with Artists From Suburbia, a community-based theatre initiative on Boston’s south shore, I sat down with my fellow co-founder and artistic director, Andrew Child, to decide how to shape our future programming. We knew we wanted to continue blurring the line between community and fringe theatre, but we weren’t sure what that meant for our artistic choices.

At first, it felt like we needed to choose sides—until we realized we had a unique opportunity to build a bridge.

Situated in suburban East Bridgewater, Massachusetts, we find ourselves in between two distinct communities. We are close enough to Boston to attract liberal-leaning urban theatre enthusiasts, but we perform in Massachusetts' conservative-leaning south shore. At first, it felt like we needed to choose sides—until we realized we had a unique opportunity to build a bridge.

This is a fine line to walk, and we’re still figuring out how to do so effectively. We don’t want our work to be preachy and we don’t want to tokenize marginalized communities by turning their stories into “teachable moments.”

The conversation Andrew and I had led to “The Suburban Summer Theatre Surge,” our summer season with three events on Boston’s south shore: an evening of locally-written original one-acts, a multimedia children’s adaptation of A Little Princess, and workshops of Les Nuls, a new play by a local playwright. We shaped this programming knowing we wanted to build a bridge between conservative and liberal communities, and so we decided to keep four major principles in mind during our decision-making process:

1. Deliberately choosing programming that is inclusive of marginalized communities

This sounds easy at first—after all, so many theatre companies say they’re committed to diversity and inclusion. But this is much easier said than done. As our artistic director points out, “There is so much more work to be done than installing a ramp out front for a theatre to be considered accessible, and so much more work than casting an actor of color for a theatre to be considered inclusive.”

In choosing this year’s one-acts, we continually confronted our own biases to curate a selection that represents marginalized communities other than the ones we’re personally invested in. As we adapt A Little Princess, we ensure that we aren’t falling into the colonialist trappings of the original story, and as we develop Les Nuls, a new play about the French Revolution, we’re cautious that our examination of eighteenth-century French classism isn’t too far removed from contemporary politics.

2. Ensuring our programming involves the community in all aspects

A traditional community theatre involves the community through casting its members, but not everyone feels comfortable performing. We take this into account and find other ways to bring the community into our work, such as inviting the public into the workshop process of Les Nuls. Instead of making workshops exclusive to actors, directors, and other artists directly involved with the piece, we’re presenting the play as a series of staged readings at three venues across the south shore. At the end of the two-month process, feedback and reactions will culminate in a piece workshopped by the community.

We work with local libraries, museums, and galleries to ensure community is at the forefront of our programming. When we consider venues, Andrew and I think about the places we used to frequent as south shore residents. These venues already foster a sense of community, providing a familiar space to engage conversation about topics that may be unfamiliar.

4. Making theatre possible for everyone

While we have the privilege of working with established writers, directors, and artists, we also work with first-time performers from the south shore community. Anyone can take part in our performances and explore new perspectives, whether they want to commit to the longer rehearsal processes for our multimedia productions or the quick two-day rehearsal runs of our staged readings.

Additionally, we create performances that are as accessible as possible. We provide open captioning at most of our events and all our venues are accessible for people with physical disabilities. Events are typically free, and where there is a charge, it’s minimal so we can include as many people as possible in our conversations.

We don’t intend to solve all the world’s problems through our programming, but we hope to bridge a gap between liberal and conservative communities. We acknowledge that these are small steps, but we’re optimistic that telling stories about oppression through community-based theatre spurs much-needed conversations.

We market more to the south shore than we do to Boston, since that's our target audience, but we do some limited social media outreach to the Boston a

But how will you get people from Boston to come to South Shore? Especially when there is already plenty of theatre in Boston? What kind of marketing are you doing? I'd be interested to know what one-acts you curate, since the other two projects are quite Eurocentric.

The production of A Little Princess will not at all be "Eurocentric"...it will actually be quite the opposite. Check it out

We market more to the south shore than we do to Boston, since that's our target audience, but we do some limited social media outreach to the Boston area for those that can make the commute. However, we do bring in artists from the Boston area by paying stipends. Our focus is more on the south shore community, though, and bringing the kind of fringe theatre seen in Boston to that community.

Our marketing is a mix of content marketing, social media, media/influencer relations, and the tried-and-true putting up posters around town (which has actually brought in the most success). It's very tailored to the south shore, which is a bit old fashioned - so traditional ads in newsletters and the like do well.

I'll admit, our programming can be a bit Eurocentric, which is something we're actively trying to do something about. Although much of our material, including plays,is sourced from the community, so it all depends on what we receive for submissions.

You can learn more about our one-acts from this year here: http://artistsfromsuburbia....

Would love to hear more about how you are bridging this gap and what happens when folks get in the room together. As a fellow Boston born theatre maker, I appreciate this effort. Respect.

It actually goes quite well - even though we were nervous at first! We find that people are willing to stay for talkbacks, interested to hear what playwrights and artists have to say, and are willing to engage with the material. Granted, many of the performances we produce are surface-level examinations of these issues, since it's the first time many people are confronting them. But it at least opens up the conversation.