Recommended
Devising Our Future
HowlRound Theatre Commons
Most Discussed
Designing Collaboration: In Search of a Taxonomy of Collaborative Methods
Emily McConnell
Most Watched
The Gathering from the CrossCurrents Festival
Wednesday 4 May to Saturday 7 May 2022
Upcoming
Livestreaming a Conversation: Coffeehouse Chronicles #165: Czechoslovak-American Marionette Theatre
Saturday 28 May 2022
Essay by
Adrienne
Wong
Vancouver City Series 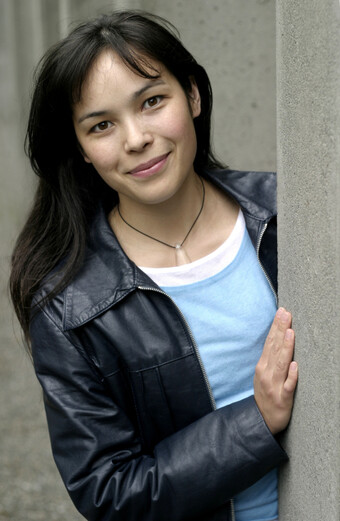 It’s strange to be writing about Vancouver’s theater community right now. The movers come tomorrow and my little family starts a trek to Ottawa, Ontario.

Leaving Vancouver is very difficult for me. The city is perfect for multi-taskers; the producing context demands a combination of entrepreneurialism and artistic invention. I imagine these qualities are integral to independent artists and freelancers in every city. But this move does have me thinking: what is so different about theater in Vancouver and how did it get to be this way?

Vancouver’s theater scene is often characterized as creation-based, engaged with non-traditional sites and forms, and crossing traditional disciplinary boundaries. This is by no means the only type of theater happening in the city, but it is where a significant amount of the community’s dynamism and energy is found. Vancouver is not a playwright’s town. Just ask the playwrights— they’ll tell you how you need to start your own company to get produced. This is the situation: to make work happen, you pretty much have to do it yourself. The community is populated by numerous small companies, all of which have been founded by artists who chose to develop and self-produce new works. Most of these small companies are still led by their founders.

How did it come to be this way? Here’s my theory. I call it the “perfect storm.”

But this move does have me thinking: what is so different about theater in Vancouver and how did it get to be this way?

First off, lots of talented folks willing to work hard. There are five or six post-secondary theater training schools in Metro Vancouver. The three most significant—University of British Columbia, Simon Fraser University’s School for the Contemporary Arts, and Studio 58 at Langara College—pump out graduates with a DIY-spirit. Each of these programs integrates creation and/or self-production into curricula. The result? Passionate (and talented) grads with the skills to harness that post-grad energy and make shit happen.

The thriving film industry of the 90s. Oh, remember those days, Vancouverites? When our city was referred to as Hollywood North? Remember how Johnny Depp founded The Alibi Room because he needed somewhere cool to hang out while filming 21 Jump Street? Remember MacGyver, and then later, X-Files? With the thriving film and TV industry, Vancouver artists had income. Time that would otherwise have been spent serving coffees was devoted to dreaming up projects, writing, and starting theater companies.

Chronic lack of performing spaces. Nowhere to put on a show? No problem! Why not do it at a bar, an empty storefront, a community center basement, or better yet—outdoors in a park, under a bridge, or at the beach.

Funding decisions by BC Arts Council that prioritized the founding and development of small, artist-run companies. Most Canadian theater companies are not-for-profit charitable organizations. Arts and culture are considered part of the country’s social fabric, and activities are funded through federal, provincial, and municipal arts boards—at arms-length to government at the federal and provincial levels. This gives funding officers the power to shape policy and affect the types of art being made—and by whom. Sometimes these strategic priorities are used to address historic inequities. In BC, funders chose to prioritize investments into artist-run companies, and these companies developed Vancouver’s thriving indie scene.

The perfect storm of energized individuals, free time, creative responses to limited resources, and support through funding agencies. These forces combined to spawn a dynamic community of creation-based artists and a culture of entrepreneurialism and collaboration. It didn’t take long for the collaboration to extend outside of the rehearsal studio and start to color the very way we do business. For example, the See Seven joint marketing initiative (now CIA). In the early 2000’s Electric Company Theatre gathered together an ad hoc group of creation-based companies and coined the name “Progress Lab.” What started as a place to talk about the challenges of producing devised work quickly turned into a producing collective. The HIVE projects are produced, theatrical smorgasbords of short installation-based works clustered inside party atmospheres. Four of the Progress Lab organizations with more administrative capacity then founded PL 1422, a 6500 square foot development hub in Vancouver’s east side that houses a tricked out rehearsal hall and admin offices for all four companies. Currently the wider Progress Lab group is in the midst of Obstructions, a series of presentations of new works stretched over eighteen months. One by one, each of the eleven participating companies’ work is ruthlessly (and lovingly) analyzed by the Progress Lab peers, who then devise three obstructions designed to push each other to create work in new ways, outside of established comfort zones.

This is the community I’m going to miss. A community that is rigorous and generous, and seeks growth. The place where I learned how to talk about my work. Where I learned that theater isn’t just about words, but also about bodies in space. That theater doesn’t just happen in darkened rooms, but in treetops, and old factories, and behind chain link fences, in basements, and on the shore of the Pacific Ocean. This is the place where I learned that my brain can take me far, but that my brain together with yours can take us places neither of us could imagine alone.

As artists who trade in liveness, the several thousand kilometers that separate Vancouver from Ottawa seem insurmountable. How could we possibly continue to collaborate at this distance? But the Vancouver artists I know have never been daunted by the seemingly impossible. That is the spirit I’m counting on. We live in the age of instantaneous messaging and free video conferencing. Surely we can figure out how to make theater and performance events long distance. Surely we can stretch the boundaries of our city far enough east to hold me. I may be leaving, Vancouver, but I haven’t left.

Canada
Most Discussed
Designing Collaboration: In Search of a Taxonomy of Collaborative Methods
Emily McConnell
Most Watched
The Gathering from the CrossCurrents Festival
Wednesday 4 May to Saturday 7 May 2022
Upcoming
Livestreaming a Conversation: Coffeehouse Chronicles #165: Czechoslovak-American Marionette Theatre
Saturday 28 May 2022

Fantastic piece. So comprehensive in your description and so inspiring in your tone. Enjoy your new adventure in Ottawa. We are told that the city has much to offer in its small but spirited art scene.