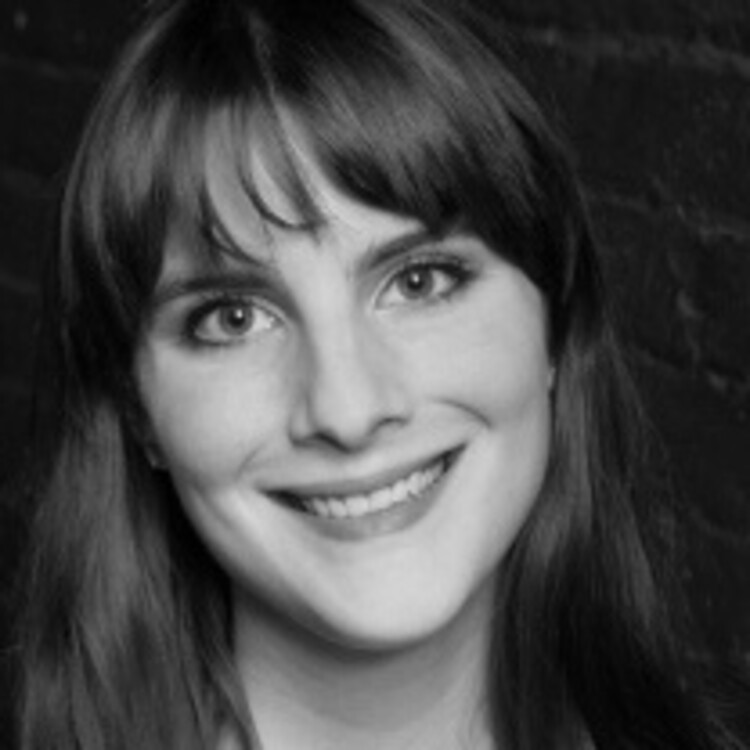 As many (if not most) of us working in theatre know, being posed with that seemingly baseline conversation starter—“what do you do?”—can send us into the stratosphere of far fetched examples, false oversimplifications, and instantly regretted comparisons that receive glazed over stares or polite nods from the questioner who, more than likely, works in a non-arts sector. Occasionally, the questioner will proclaim their admiration for art and, even more occasionally, will ask substantive questions about the work or the field at large. I can’t say, however, that these wobbly interactions are limited to conversations with non-theatremakers. I recently realized that prior to 2011—the year I co-founded and became managing director of Sleeping Weazel, a Boston-based multimedia theatre company—the way I described my work to other theatre artists in casual conversation was much more clear-cut: I was an unaffiliated playwright who wrote plays and collaborated as a writer on multidisciplinary projects. In other words, I’d create a work, and then another, and then another—what’s commonly known as “building a body of work.”

Me, Mine, Yours, and Ours
Now, when I explain that I still write plays and curate, administrate, and produce my own work and that of other artists through a company structure (and not just theatre artists, but also video and installation artists, poets, musicians, composers, and so many more), the conversation frequently heads toward confusion. I’m not surprised by this. The do-it-yourself umbrella of theatre-making (no matter if the chosen structure is a company, collective, or solo project) is widely viewed as one that encompasses committing exclusively to your own plays, exclusively to other peoples’ plays, or to your own plays with the occasional production of another person’s play. This past year marks Sleeping Weazel’s first full season, and while some colleagues knew that the company produced a workshop production of my play, Tryouts (and that I would therefore be investing an enormous amount of time and energy in it), they scratched their heads and asked just what work, exactly, I was responsible for in mounting our previous and future shows (including Artistic Director Charlotte Meehan’s Real Realism, our season finale)—why would I commit so much time and energy to productions that didn’t have my name on them? The unspoken questions: “What does this do for you? How is a piece that’s not yours count as your work?”

Though I couldn’t predict this two years ago, it’s become abundantly clear to me that producing for Sleeping Weazel is as fundamental a part of my artistic practice as the actual writing of plays. Considering the work of artists who puncture genres, championing artists who defy and expand formal expectations in favor of fulfilling marketplace pressures—these are acts of deep learning and discovery that constantly push the boundaries of my desire to communicate through art. Building a company that prioritizes staging my works and those of our thirty-one affiliated artists who are attuned to our aesthetic and logistical terms also emboldens my artistic practice. When Charlotte Meehan, playwrights Amanda Weir and Jess Foster, and I started the company, we all agreed that we wouldn’t abandon our goals of developing and showcasing our own work while producing the work of others that we believe in. To be an active artist, to showcase adventurous artists, and to celebrate the power of critical mass through cross-cultural, genre, and generational exchange has forged a path for me to understand what it means to cultivate a life in art instead of a decidedly singular career trajectory. A life in art means that I purposefully make room for the indefatigable pursuit of the expression of the ineffable: the moments of individual and universal expression in (and between) joy and suffering, the harrowing and the celebratory. It’s a path that I invent and reinterpret every day.

Young Darlings and Product Over Process
In making my way along this path, I address head-on our society’s preoccupation with productivity and youth. It’s no secret that the United States is in the throes of a long love affair with youth culture, and we (even those of us who are considered “youthful”) seek, on various conscious and unconscious levels, the panacea for maintaining its elusive aura. Journalists, corporations, and society at large delight in the success stories found in “Thirty Under Thirty” (or younger) features, in people hailed as “prodigies” and “protégés,” and in the increasing amount of expert advice available to those for whom time management is (or supposedly should be) their ultimate professional driver. When I talk shop with my peers—particularly with other women artists—the conversation invariably ends up at that halting, quiet, ferociously self-doubting question: “Am I doing enough right now?” And no wonder. From the time we enter the workforce, let alone the artistic sector, we’re immersed in the transactional language of currency, product, and profit. And as with the broader culture, the theatre experiences its own growing pains and troubling setbacks with institutional and individual forms of subtle and blatant discrimination that prize privilege and hierarchical value systems over others.

Forging my identity as a playwright and a producer for Sleeping Weazel has sharpened my perspective of my artistic life without stalling my personal creative impulses and obsessions. It’s led me to invest more energy in the long-term evolution of my craft and avoid focusing on a vague sense that rapid ascension through traditional acknowledgment and prestige is the path of the individual artist. By shifting my focus, I am better able to trust the unknown in my development while facing the fact that I, too, will keep aging and will confront our sector’s entrenched insistence on categorizing and measuring the intangible nature of creativity. I challenge all of us to begin or keep thinking about our collaborators and colleagues (and even theatremakers we admire from afar) primarily, in terms of how their aesthetics unfold over time, and secondarily, in terms of their externally defined achievements. When Charlotte Meehan and I were in the midst of planning Sleeping Weazel’s first week-long festival, Women In Action: a new wave of art, theatre, music, and performance, our curatorial strategy was to feature artists who’ve been making work for decades and younger artists who’ve been making work for a much shorter time. While the cross-genre emphasis of the festival is clear from its name, another goal was to highlight works-in-progress and process-based discussions—process as a field, process in a global culture fraught with gendered and social justice issues, and process as individuals working in a multiplicity of intimate and larger communities.

Autonomy of Scale
When you position yourself within a lateral ethos of playwriting and production instead of within a vertical chain of command that presides over the bulk of our daily interactions, you truly become accountable for whether or not you meet your artistic goals. As countless blog posts and larger dialogues reveal, there are as many roadblocks to catching the attention of a theatre as there are playwrights. However, I’m working to diminish the allure that the scarcity angle of this oft-told story holds, and to remember that all playwrights can create just as many avenues for generating new work, collaborating with others on it, and drawing an audience to see it. When I think about the autonomy that grows from this mindset, I concurrently think about scale. At this point in my life, I’m creating an avenue via a small nonprofit theatre company; at other points, I’ve done so via bare bones festivals and informal, free, one night performances. While each moment has done much to elucidate my answer to important questions such as, “Why this play/collaboration/style? Why now?” it has also pushed me to more honestly identify for whom I’m making work and which impulses, questions, and threads I’ve decided are intrinsically worth exploring in the process. In this sense, I view scale as both a physical measurement and a personal barometer of empowerment.

Autonomy can be learned to a limited degree from mentors and fellow artists. In a culture steeped in praise-reproach and reward-disqualify dichotomies, it takes an incredible amount of internal commitment (“convincing” is the more accurate word on some days) to work, create, and converse in theatre with the fundamental, underlying belief that creative growth cannot be charted in an all-encompassing way. That’s not to say that growth can’t be achieved through acquiring skills or fleshing out new vocabularies for structure in a work. Rather, I’m giving weight to the growth factors that are less tangible than reading countless plays and maintaining a finely-tuned writing regimen: becoming aware of your relationship to privilege and disenfranchisement; recognizing your capacity to be cruel to a loved one; developing the humility to accept that as artists and humans we fail over and over again in our various quests toward betterment, however we define it. And within these struggles, we sometimes discover—in an inexplicable convergence of events—we succeed on every level we’d hoped for.

I wonder what kind of seismic shift would occur in our field if we measured impact beyond percentages of resources and audience members.

I often think of a very early draft of an introduction Sleeping Weazel planned to post on its online cyber art gallery—a space where we present monthly exhibits of video, visual, and sound art by artists such as Erwin Wurm, Lauren Kelley, and Suzanne Bocanegra. Our curatorial emphasis is on showcasing works that extend the meaning of the theatrical. The introduction read, “Welcome to our cyber art gallery where we are offering access to art as experience rather than acquisition. As with our performance events, we want to give you a piece of ephemera that you will long remember.” We decided to launch the gallery without this leading statement. Instead, we post interviews with the artists that can be read alongside the featured piece. That way, the visitor is free to experience exploration and spectatorship on her own terms of political and cultural engagement. One might watch and read the work on an iPad at home, while another might do so during a thirty-minute reserved session on a computer at the local library. These works have the capability to be viewed anywhere in the world with an Internet connection. Though my plays are currently staged for small audiences in one region of the United States, I keep attempting to infuse my writing, process, and production with this intention of enormous possibility and access. I wonder what kind of seismic shift would occur in our field if we measured impact beyond percentages of resources and audience members. How can we better value the deep reverberations of generosity and surprise? How can we stand taller with the vulnerability and courage that elevates our creative instincts and our relationships—the spirits that propel us, little by little, toward expressing the contradictions of nature and civilization?

Adara, thank you for this fantastic essay. It really struck a nerve.

Adara, thank you for this fantastic essay. It really struck a nerve. My practice, too, is moving from something easily defined (freelance director, sometime performer) to something that, like you, induces confusion in others ("uh, I'm a theater director/writer, sound artist, installation maker..."). Similar to you, I'm realizing that creating group where I'm not always at the helm is the best way to evolve my own practice. Looking forward to checking out Sleeping Weasel.