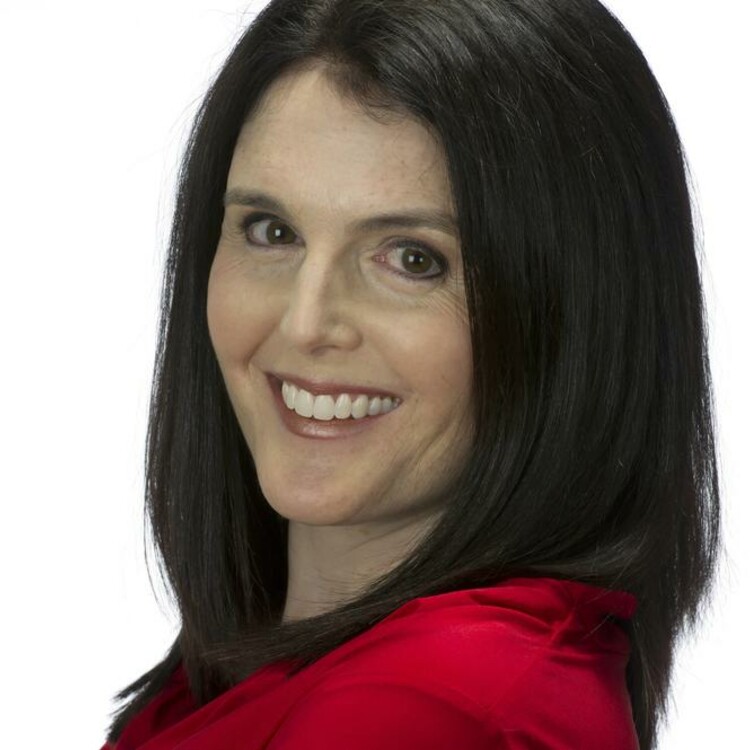 In August 2012, I wrote about the genesis of the Latinx Theatre Commons. Since that time, our initiative continues to grow and expand. As we approach our first national convening this month, I offer the following overview of our efforts to date.

Expanding Our Circle
In March 2013, the Latinx Theatre Commons held a meeting of our new Steering Committee in Boston, with support from the Andrew W. Mellon Foundation. We’d received a grant from the Doris Duke Charitable Foundation to fund our Fall 2013 convening so we met for two days on the campus of Emerson College to brainstorm, plan, discuss, strategize and continue to expand our circle. We formed three sub-committees: Programming, Outreach, and Fundraising and began to plan in earnest. We forged ahead with the continuing support of HowlRound and the considerable expertise of Jamie Gahlon, Associate Director at HowlRound.

Outreach
Clyde Valentin, Former Executive Director of the New York City-based Hip-Hop Theater Festival and newly appointed to the Southern Methodist University's Meadows School of the Arts staff in Dallas, Texas, chairs our outreach subcommittee. Clyde contributes his substantial experience as an arts organizer and innovator to galvanize our outreach efforts. Our initial convening could only include 75 participants, due to our funding parameters, as our event covers travel, lodging and meals for each attendee. We wanted the widest range of participation possible with diverse representation of gender, artistic disciplines, US regions and career stages. Our entire steering committee recommended individuals and we began the process of inviting convening participants. While we could only include a limited number, we worked to establish satellite sites in Los Angeles, Dallas, Miami, New York City, and Chicago that would participate in the convening via Skype conferencing as well as engaged HowlRound TV to livestream most of the events. We also included an official tweeter and blogger for the convening. Our outreach committee created a series of surveys in preparation for the convening, in which the participants could provide reflections on the state of the field. Our outreach committee includes Christopher Acebo, Jacob Padrón, Richard Perez, Anthony Rodriguez, Patricia Ybarra, Karen Zacarías, Olga Sanchez, and Tlaloc Rivas.

Programming
Kinan Valdez, Artistic Director of El Teatro Campesino in San Juan Bautista, California, chairs our Programming subcommittee. Kinan spent the last two years traveling across the country, connecting with Latina/o theatre artists who are organizing coalitions in Los Angeles, Oregon, Dallas, New York City, and Miami. Kinan shares his considerable knowledge of the Latina/o theatre field and his expertise as an artistic director to envision and shape our programming for the convening. A plan began to take shape utilizing the frame of the four directions (North, South, East, and West) as a gathering point, leading into a series of listening circles comprised of the various artistic disciplines and ending with strategizing sessions to create concrete actions and goals that continue to further the growth of Latina/o theatre. To support the shaping of the program, we engaged Dr. Roberto Vargas, a group facilitation expert, to consult and share best practices with Kinan, Juliette Carrillo. and Dr. Jorge Huerta. With this training, Kinan and his committee generated a program that honors our past, engages our present and envisions our future. Committee members include Luis Alfaro, Juliette Carrillo, Diane Rodriguez, Clyde Valentin, Jorge Huerta, Karen Zacarías, Olga Sanchez and Tlaloc Rivas.

We worked with HowlRound’s design team to create a logo that reflects the spirit and vision of our efforts. Our logo’s aqua blue letters and spherical lines across the word onda echo the bodies of water we’ve traversed, captures the reverberation of our present energies and reflects the waves of our future outward expansion. Café Onda contains articles, blogs, and live streaming of theatre events and is linked to HowlRound, an online journal of the Theatre Commons.

Fundraising
I’ve served as our fundraising sub-committee chair, collaborating with my committee members José Luis Valenzuela, Artistic Director of the Los Angeles Theatre Center, Abel Lopez, Associate Artistic Director of Gala Hispanic Theater, and Lisa Portes, Head of MFA Directing at DePaul University. We’ve focused our efforts on five funding areas: national, corporate, regional, individual, and academia. Our Duke Foundation grant stipulates that we match a percentage of our award. We applied to a variety of funding sources, with additional grant writing assistance from Tlaloc Rivas and Karen Zacarías. While fundraising for a new initiative with no previous track record has its challenges, we began to make contacts and receive funding from national and regional organizations as well as individual donors. Also, many of our convening participants work in academia and their institutions were able to support our efforts. At present, we are continuing our fundraising efforts and are very close to completing our match. Thus far, we have received funding from the Ford Foundation, The City of Los Angeles Department of Cultural Affairs, The Joyce Foundation, The Aetna Foundation, the following individuals: Christopher Acebo, Juliette Carrillo, Jorge and Ginger Huerta, Sandra Islas, Abel Lopez, Anthony Rodriguez, Diane Rodriguez, Olga Sanchez, Kinan Valdez, Evelina Fernandez and José Luis Valenzuela, Karen Zacarías and the following academic institutions: CalArts Center for New Performance and the CalArts School of Theater, California State Polytechnic University, Pomona; College of Letters, Arts and Social Sciences,  Dartmouth College, Emerson College, The Theatre School at DePaul University, Lewis Center for the Arts, Princeton University, Scholar's Travel Fund, University of Illinois, Urbana-Champaign, The Department of Theatre Arts and Performance Studies at Brown University, Theatre Department and the Tómas Rivera Endowed Chair, College of Humanities, Arts and Social Sciences, University of California, Riverside, UCLA School of Theater, Film and Television and The Institute for Latino Studies and the College of Arts and Letters; University of Notre Dame.

Documentation
In addition, we’ve formed an ad hoc committee to plan ways to document this historic convening, the first national gathering on this scale since TENAZ (Teatro Nacional de Aztlán—The National Theater of Aztlán) last met in San Antonio, Texas in 1986. Brian Herrera, Assistant Professor of Theatre at Princeton University, will author our convening report, a document that chronicles the events of our gathering. We’ll also engage various participants to write brief reflections after the convening, which will provide more material for the report. Further, Dr. Huerta and Dr. Tiffany Ana Lopez plan to edit a scholarly, peer-reviewed volume of articles reflecting on the convening and the state of Latina/o theatre in the twenty-first century.

Café Onda
Tlaloc Rivas, Assistant Professor of Theatre, The University of Iowa and editor of Café Onda, continued to prepare our platform to create an online community and conversation about the current state of the Latina/o theatre. We worked with HowlRound’s design team to create a logo that reflects the spirit and vision of our efforts. Our logo’s aqua blue letters and spherical lines across the word onda echo the bodies of water we’ve traversed, captures the reverberation of our present energies and reflects the waves of our future outward expansion. Café Onda contains articles, blogs, and live streaming of theatre events and is linked to HowlRound, an online journal of the Theatre Commons.

Collaboration
Tlaloc Rivas and I serve as co-chairs of the Steering Committee, as we help shepherd our committee’s efforts. Utilizing the online Basecamp platform, the committee works together to share information, plans, and documents. Through monthly, bi-monthly, and weekly conference calls, moderated by Tlaloc and myself, the members of the committees continue to work in earnest on our plans. To date, there have been over fifty conference calls in which we’ve discussed, planned, shared, dreamed, and forged ahead together to realize our convening plans. The LTC Steering Committee members are all volunteers. During these past months, we’ve also been writing, designing, directing, and producing plays in Los Angeles, Ashland, San Juan Bautista, New York City, Washington DC, Iowa City, Chicago, and even Norway. We’ve been teaching classes and engaging in scholarship at institutions such as Princeton, Brown, University of Iowa, DePaul University, UCLA, and the University of Notre Dame. Thus, with our very active professional lives, I’ve been continually struck by our committee members’ spirit of generosity, endless hard work, visionary leadership, commitment to service, and passion for the field of Latina/o theatre.

Future Convenings
We continue with our plans for two future convening. In Fall 2014, the Latinx Theatre Commons is organizing a National Encuentro, a series of productions by Latino/a theatre companies from across the United States, at the Los Angeles Theatre Center (LATC) curated by José Luis Valenzuela. The companies will also be in residence during the Encuentro to share work, connect with the community, and foster new collaborative relationships.

In Summer 2015, The Theatre School at DePaul University in collaboration with the Latinx Theatre Commons will host a festival of new Latina/o theatrical work, spearheaded by Lisa Portes. The festival will serve as a third national gathering which will continue to explore the progress of the Latinx Theatre Commons and investigate new theatrical works. Like the Encuentro, this gathering will be open to artists, scholars, and advocates from across the country.

Onward
As our first national convening approaches, I’m grateful for all the remarkable work that our steering committee has accomplished this past year. I’ve been honored by the opportunity to serve with this outstanding group of theatre artists and scholars. I’m hopeful that the gathering in Boston will be the start to many more expansive conversations and connections that continue to advance the field of Latina/o Theatre in the twenty-first century.

Thank you Ann and allon the steering committee for your leadership. I am very grateful for the space you have envisioned and created.

Thank you Ann and allon the steering committee for your leadership. I am very grateful for the space you have envisioned and created. I await our gathering with great hope, focus, and fullness of heart. Mil gracias! Pa'lante!

This all is so amazing. It's killing me to not be able to be more deeply involved, but it's undeniably gratifying to see the community rallying together so powerful. I'm with you all in spirit, and can't wait to hear what amazing stories come out of this weekend!