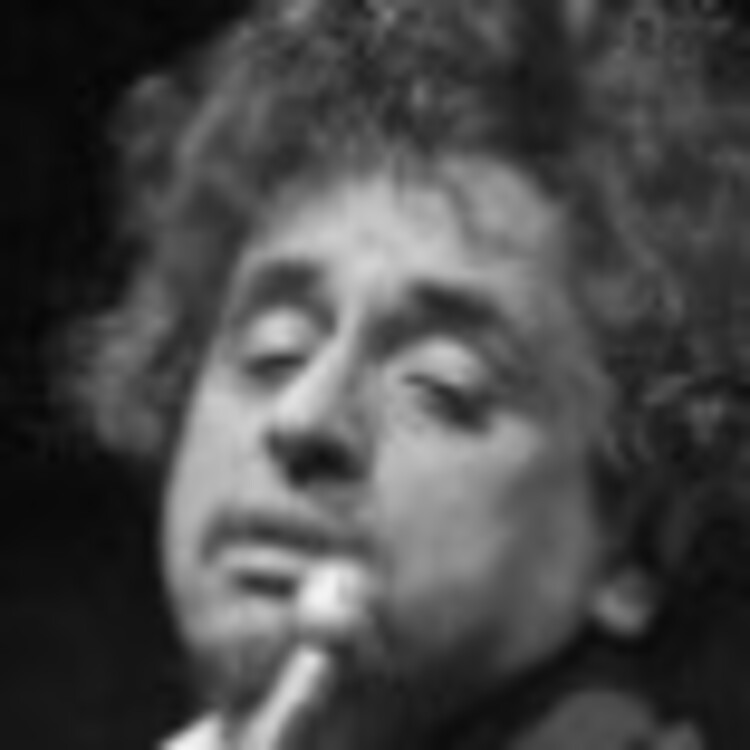 Anthony Werner: So we’re in the middle of the convening, what have you heard that you can’t stop thinking about?

Richard Montoya: Gosh, that’s such a great question. Well, I think partnerships is a good one. I’m really fascinated when they work and I’m equally fascinated when they collapse. And where the role of the playwright lies when the icebergs are melting around you. I’ve been struck with the idea of partnerships and my lifelong crucible of diversity. I really struggle, not just in the playwriting ranks, because I think people of color have done pretty well there, but I struggle with it in the technical fields, and even in house management and administration. Are we reflecting the country?

I think that’s a question for all of us. It’s a complicated question and it might even need a new skill-set or a new set of parameters or new language. I don’t think we need new labels, because I’m not ready to swap out the word diversity yet, or African American yet, or Latino, or Pacific Islander. I think we might need a new framework in which to have that conversation because this conversation has been around a long time and I understand that people are fatigued and tired about it. But it’s cyclical and won’t go away until we’re doing better.

Anthony: You have such experience as both a playwright and devising in groups. So with your perspective from both the individual and the group in mind, would you say the field of new work is in a period of scarcity or abundance?

Richard: You know we’ve come from one to the other and we’re going to go back and people need to brace up. The word in my head since I’ve gotten here is “cyclical.” and I just wanted to talk to every playwright and say, “You know, you might be the funded granted artist at the moment, but you’re going to go back to that little room at some point and you’re going to have to write that play that you must write or you will die. Whether you’ve got a government dollar or not.” So, that’s kind of the fun roller coaster ride. We’ve been in scarcity, there’s kind of an abundance now, there’s never been so many theaters, so many commissioned writers, but we’ll go back. We’ll go back to scarcity and that’s okay. Just brace up for it.

Anthony: So one propels us into the other?

Richard: It’s cyclical. The Mayans talked about 2012 as the end of the world and the funny thing is, economically, looking at foreclosures, it is the end of the world for many people. But it’s the beginning of a bunch of other worlds also. What is the role of the artist? We can dance and sing and do musicals, which is fine, because we’re going to need that, or we can be artists that reflect our times.

If you’re in a small room with a hotplate and a computer, you’re going to write. And if you’ve got artist housing at Arena, you’re going to write. You’re going to write it out. I really feel that and I really wish there was a way to express it at both the conference and maybe through this interview. It’s still hierarchical and the tragic part is that there’s still a selection process—you heard that from some of the older playwrights this week. They’re a little bit out of the loop, and I wish we could bring them in. Because in Europe, the older you are, the more valued you are. The seventy-year old playwright isn’t thrown into the same bin as the twenty-year-old Ivy League graduate. It’s not to put down one or the other, there’s something innate in us that wants to value the elder statesperson.

Anthony: Especially in a field that has such an opportunity to value experience, to learn from it.

Richard: Edward Albee is a tough motherfucker, and he should be. He’s as tough as any gangster, hip-hop theater artist there is. He’s unyielding and unflinching, and there’s a lesson to be learned in that. Sam Shepherd will not be fucked with. And David Mamet will not. Those are stars, but there are lesser stars that we should be placing a high value on as well.

Anthony: We’ve been talking a lot about groups and individuals and the institution and the artist. You spoke to writers having to write, and if you put them in a room, they’re going to write. What can we learn from artists?

Richard: I think it’s something that goes back to the first thing I mentioned when I spoke after Rocco Landesman. There are writers and voices struggling outside of the structures, outside of the new play network, outside of the ensembles. And I keep hearing the same names and the same theaters here. That’s fine, we’re at a conference here. But it’s not going to play in Peoria. Our ear, our responsibility as artists and administrators is to be also trained to the voices deep in the margin like off a reservation, or a black kid in Philly, or a Jewish kid on Fairfax in Los Angeles. It’s a ghetto. There’s some kid writing a rap or writing a poem or writing a play in his head and we’ve got to tease it out. There are a lot of voices in the margins that aren’t finding the tributaries, rivers, and streams that are available to so many people that are here this week. And that worries me.

Anthony: But what can we do to make that better?

Richard: Anthony, you know, when I was commissioned here almost ten years ago, I’d go over to the Channel Inn, and I just went back to pay my respects. I was sitting at the bar with six African American gentlemen that, I’d guess, frequent the bar there every day. And the amount of wisdom I heard at that bar and the way that they spoke was right out of an August Wilson play. I wish I could take five of these playwrights over there and just sit and listen.

I think that’s the gulf, that’s the Grand Canyon, that sits between us, privileged creative class people that we are, and the people in Greenleaf Housing Project between here and Southeastern College, or whatever that college is over there. Someone’s going to bridge that gulf and Molly and Arena are going to provide support for that but it’s going to take an artist to actually cross that bridge.

I remember trying to do that with Anthems here, almost ten years ago. I’m still going to go over there at the Channel Inn and listen to that wisdom. There’s still something there. I just heard a political discussion from an older African American gentlemen—and I mean they covered everything from Egypt to Haiti to the Dominicans to the Mexican drug war to Obama—in such a wise, humorous way that I don’t care about Rude Mechanics or Culture Clash or Mixed Blood. There’s so much work left to be done. So much work.

Anthony: Finally, what’s your dream for the theater in the next fifty years?

Richard: Wow. Wow, man. I’m at the mid-century mark in my age and I just had a son, so it’s a daunting question. You want to hope that you live forever. In a way your plays and your stuff does live forever. But I guess with theater, I don’t think we’re going away. I don’t believe that we’re shrinking to the point where five people will be going to the theater in 2030. I think we’re going to have to rethink some stuff.  I don’t know if the internet’s a part of that, or live-streaming, or sex tapes. As long as five people gather on a beach or in the woods and light a fire and do sonnets and do monologues, other people will come…

You know, I don’t mean to be so end of the world about it, but we’ve spent so much time spending money and building these beautiful temples and rightfully so, I think. For example, to house Arena Stage under one roof is such a beautiful thing. Molly and the Arena history have earned that. I have no qualms with that. But in a hundred years, these might all be empty cavernous places. People might light a fire and people might come. I don’t think the future is that bleak. But I’m ready for that. And I’m ready for a mansion on the hill. I don’t know which one is coming, but I’ll be writing plays still.

About wanting to hear from Marginal Voices -- the big theater companies won't. The system feeds the system, the system seems only to want to hear from people who have MFAs. (Look at the Emerging Artists Group who are selected for the NY Public theater - every one has an MFA from a "name brand" school.)

Theater companies talk about diversity but practice screening via the programs purport (but don't really) bring in outsider playwrights in. People who have MFAs from these schools are people who are " the privileged creative class people" are the people they bring in. To use one example. If you pay 60,000 for an MFA at NYU you too can have your plays read. But the guy who does hip hop and outsider and new voices and is diverse or anyone really who can't come up with the 60,000 - and who didn't go to the right schools in the first place won't get into the system, or get an MFA and his plays won't be done. Some will, the upper middle class for the most part will make it, and some of those may be diverse, but the other classes won't.

Anthony did a great job -