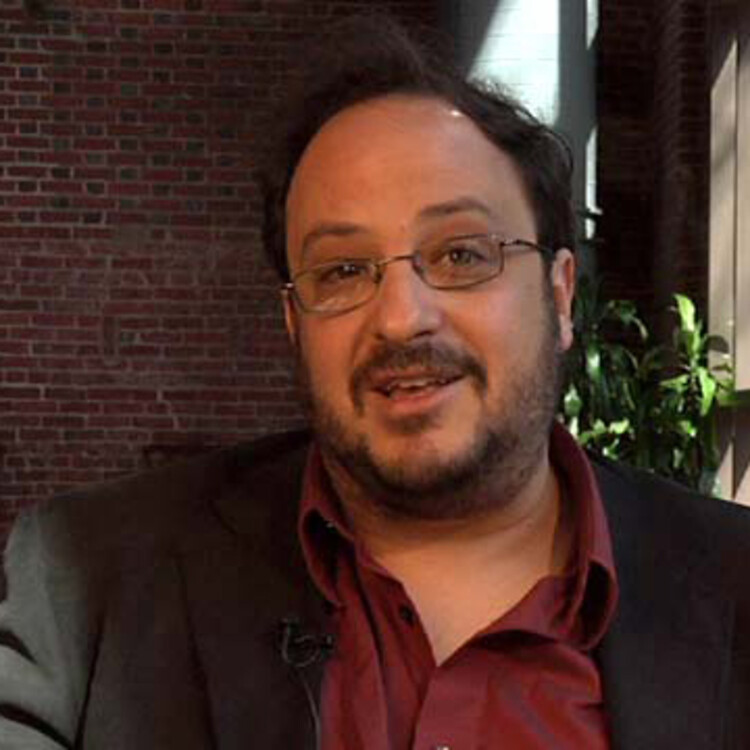 Derek
Goldman
From Scarcity to Abundance

Anthony Werner: What’s the relationship between Arena at Georgetown?

Derek Goldman: To contextualize for folks, we have a relatively new, but fast-growing theater and performance studies program. I’ve been there for five years. The program has been timed with the opening of a new performing arts center in the center of campus. We have been interested in developing a program that focuses on new work development, and adaptation of literature. It has some ties to the Northwestern tradition of Performance Studies, also political and international work, which is a focus of Georgetown’s more broadly.

The Arena partnership began as we were growing our program around shared relationships and recognizing some shared commitments and Arena was thinking about the Mead Center and that trajectory. The program has many facets. We have actually been hosting and co-producing a fair amount of work. We had a two-week workshop with Moises Kaufman several years ago on 33 Variations that, of course, then came to Arena and went to Broadway. So one component has been a whole range of new work development and workshops.

I think one of the things that’s made the work distinctive is a real insistence on the student-centered nature of it, so that it’s been not just “Here’s some space, we’ll stand on the sidelines.” But because we have faculty who are very active as artists at Arena and other professional theaters, a whole range of projects has developed naturally and organically. I think there are now six or seven Georgetown alums on full-time staff at Arena in different roles. So shared commitment to community engagement, lots of back and forth now that the Mead Center is open, lots of nights where we are over here, hosting the convenings that have happened over the past couple of years, and trying to have our students be a part of this incredible conversation that Arena is part of about new play development nationally as well.

Anthony: How are you thinking about the role of producing as a possible part what you teach at Georgetown?

Derek: Arena has these Producing Fellows, who have been very active in helping enable the partnership, and we have within our program, students, undergraduate majors, who we’ve been mentoring who have become active with Arena, Jamie Gahlon being one of them. So while there’s not a formal producing program, there is all this shared energy as we build relationships through partnerships and co-productions with other organizations: Synetic Theater, Sojourn Theatre (Michael Rohd’s company).

We are certainly training young producers, as well as young directors, adapters, and devisers in development, and working towards what we think will be a very distinctive Masters Program focused broadly on the kind of study and practice of New Work Development. We’ve wanted to make sure that what is a really distinctive, and still pretty new undergraduate program, is secured and that we’ve got a core faculty that can move back and forth. It’s been exciting with David and Molly and Arena and some folks at the Mellon Foundation, just to begin to conceptualize exactly what that program might look like.

Anthony: So you’ve been watching the convening online and reading up on it. What have you heard that you can’t stop thinking about?

Derek: That’s an interesting question. The snow usurped my plans to be here, so I’ve been following as best I can online with our strange thundersnow situation here in D.C., and of course, because we hosted this set of convenings at Georgetown last year, many of the conversations feel, in a very productive way, growing out of those conversations.

What have I heard that I can’t stop thinking about? I think this conversation about partnerships in general and the distinction between partnerships and relationships and the tension, productive tension, between trying to speak, for lack of a better word—globally—how folks can connect and get together and the realities of how that does or doesn’t happen. I tried to be as articulate as possible about the implications of the Georgetown partnership as a model, but I’m also incredibly aware that it’s so specific to the particular individuals and relationships and talents and skills, even timing. If we were a big, established program with a faculty of thirty who have been doing things a certain way for years and years, probably this moment of being able to forge something with Arena as they’re redefining who they are, couldn’t have happened.

So I think the interesting thing about bringing people together is that I think there’s really a limit to the degree to which the stories can inform our own experience. We can take a little of this and a little of that, but there aren’t really templates or models. So I think that’s something I grapple with as I talk about what we’ve been able to achieve at Georgetown. It’s not that no one else came to this great partnership that we’ve learned from, but I also think, without telling stories about why people on our faculty, like Karen Zacarias, who is teaching playwriting and being produced here at Arena and how that’s informed a whole set of young playwrights. That’s very particular in a way you can’t just move somewhere else and go “Oh, we’d like to try that too.” That’s something I think is very dynamic for me in listening to the conversations: how to move between the global and the very individualized.

Anthony: And the relationship of community, too.

Derek: Exactly. The particulars of DC, even, and this moment that Georgetown’s program is growing up in, happens to be a moment not just of Arena, but of Wooly Mammoth and other companies looking inward at the identity of who they are and where they’re going next. It’s been fortunate that we’ve been able to learn from that and be a part of that conversation.

Anthony: So, “From Scarcity to Abundance,” Rocco Landesman said that maybe there are too many theaters vying for too few resources. From your perspective, is the field of new work in a state of scarcity or abundance?

Derek: Both. That’s a lot of what’s being jockeyed about—how to calibrate the ways in which an incredible amount of new work is obviously being produced and generated and new relationships are being formed and new models being created. For example, Jason Loewith and the National New Play Network. There are so many incredible examples of the fruits of a generation of artists and thinkers at these kinds of conversations—I think things are really happening.

But I think this conversation about vertical and horizontal alignment and places that have really different sorts of resources—and obviously the sort of larger economic climate—so it doesn’t feel to me like the problem is a scarcity problem or an abundance problem. It feels, to me, like it’s a calibration of where the abundances can be, and how they can be shared and better allocated, through, again, with individual relationships as a way to make up for the scarcities. And candidly, of course, that’s a calibration that will never happen, but we can get better at it and there can be great examples and models.

I feel overall that where there’s abundance is in the dialogue... That becomes its own kind of incredible abundance, because people’s relationships and networks deepen, and that’s the foundation for really meaningful partnerships and relationships

Within scarcity and abundance, I think there are other really interesting tensions in the conversation, just even about the local and the way in which so much of the most felt work is particular to a given place. And devised work that’s growing out of relationships to community organizations, to issues that affect a certain community, and some of those pieces may not have the aspirations to go around the country, or if they’re going to go around the country, it’s going to be in a different model than a play that everyone embraces and says “We’ll produce this.” It’s an exciting time.

I feel overall that where there’s abundance is in the dialogue, actually, and in places like Arena committing to these conversations and to building a field nationally of folks who are thinking about these issues and meeting each other at events like this. That becomes its own kind of incredible abundance, because people’s relationships and networks deepen, and that’s the foundation for really meaningful partnerships and relationships that can work. If we’re all stuck in our communities, having these sort-of conversations, in enclaves of sorts, then scarcity is going to rule.

Anthony: There’s been a lot of talk about the artist and the institution: what do we have to learn from the artists?

Derek: It’s important, and it’s been said at this forum, that the artists have to stay at the center of this conversation and, of course, in general we tend not to always recognize in these conversations that most people are walking hyphens. The artists and the producers, are certainly an example, but I look around the room and most people are in this category. They’re participating in this conversation as producers, or potential presenters, or as educators, as people even being here with access to the forum of conversation, and they’re artists. So I think we have to be careful not to overstate the different categories.

Obviously, in some cases it is about a playwright trying to get their work produced and the producers making that decision, but I actually think in many cases, the conversation we’re now in is much more layered and complicated than that. What we have to learn from artists is what stories are they wanting to tell and how, and maybe make that the source for conversation about partnerships. We know plays are different. Plays are built differently. And if we leave that out of the conversation and just talk about the business models and the money and the travel, then we’re missing the center.

Anthony: Finally, what’s your dream for the theater in the next fifty years?

Derek: Wow. My dreams are about the work. That my work can speak to more and more people, and not just try to preserve or protect a self-identified elite who already see themselves as understanding the power of theater, but how can theater lead a charge in a world that’s increasingly carved up into little bits and little moments and so mediated. How can the theater, as an essential live event, bring people together in ways that can bring more and more people into an understanding of the essential nature of human interaction? Which is something we’re more and more starved to understand. We have our rituals and our places where we come together and we can do it, but I think that’s something theater provides, and frankly there’s still a very small percentage of people who have access to and a way of participating with it. That’s my hope. My kids will look and the theater will be as least as essential and hopefully much more essential as an art form and as something that matters in regular lives and not just culture with a capital “C” for the few people privileged enough to experience it.

From Scarcity to Abundance: Capturing the Moment for the New Work Sector brought over 120 theatremakers to discuss the state of the new work sector, and to attend the #NEWPLAY Festival. The convening was hosted at Arena Stage under the auspices of the American Voices New Play Institute (the precursor to HowlRound), and coincided with the official launch of the HowlRound Journal.

From Scarcity to Abundance