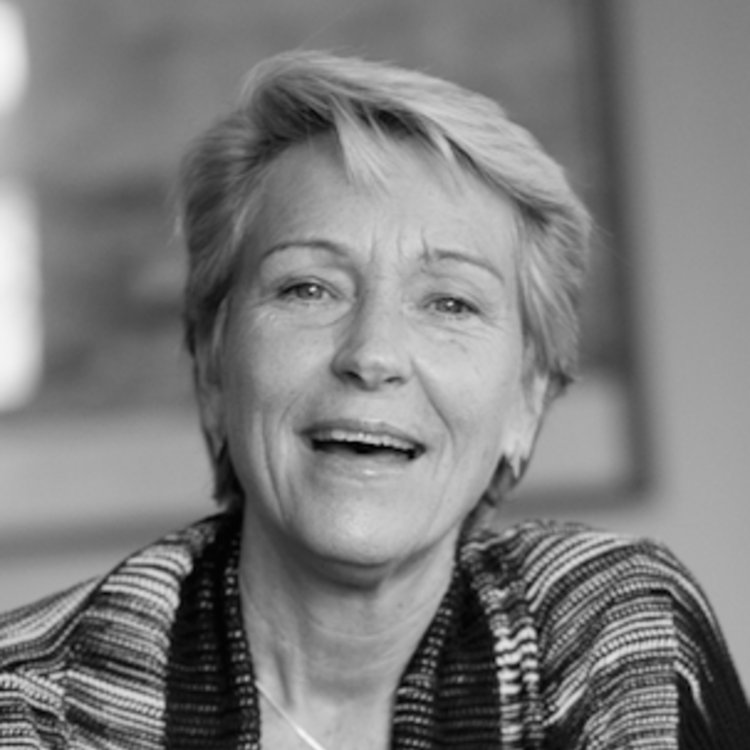 Sharmon
Hilfinger
Theatre in the Age of Climate Change

The Story of Luke Cole and Kivalina

This week on HowlRound, we continue our exploration of Theatre in the Age of Climate Change, which began last April with this special series for Climate Week NYC. How does our work reflect on, and responds to, the challenges brought on by a warming climate? How can we participate in the global conversation about what the future should look like, and do so in a way that is both inspiring and artistically rewarding? I became aware of Sharmon Hilfinger when I heard about her play Arctic Requiem, which premieres at Z Space in San Francisco on October 23, 2015. Sharmon reminds us that the U.S. is not immune to severe climate change impacts and that we don’t have to travel to Bangladesh or Tuvalu to find climate refugees. —Chantal Bilodeau

A requiem is a mass with music for mourning the dead. The idea for this play-with-music arose after I attended the memorial service for Luke Cole. At age forty-six, Luke was ripped from his extraordinary life in a car accident in Uganda. He was a pioneer in the environmental justice movement, an attorney known and revered throughout the country.

A few months before his death, Luke entertained me with an outrageous story from a recently settled case in which he represented the people of Kivalina, Alaska against the world’s largest zinc mine—a story about collusion between the mine and the EPA. At Luke’s memorial, an Inupiaq from Kivalina spoke of their Tribe’s indebtedness to Luke.

Composer Joan McMillen and I had previously written and produced Imaginal Disks, a play about GMOs, and Got Water?, a play about water issues in California. I felt we had to pursue Luke’s story about Kivalina and their environmental struggles. I didn’t know that the last arrow shot from Luke’s quiver was filing one of the first major Global Warming cases in the US—Kivalina versus Exxon et al.

When Joan and I started our research, there was so much to learn. For instance, the mine pollution lawsuit was long and contentious, and the Global Warming suit was receiving national attention. We had to get up to speed on the history of indigenous people in Alaska, the Alaska Native Claims Settlement Act, Inupiat subsistence customs, and whaling traditions.

In the summer of 2013, we spent a week in Kivalina, a small barrier reef island with a population of 396 Inupiat. There are no hotels, no restaurants, no running water, or flush toilets in the homes. Janet, an Inupiaq woman who knew Luke, was gracious to host us. We were definitely a curiosity: two white women who weren’t sent by any agency, social service, or law firm—we had arrived on our own.

We came with our computers and tape recorders, but we never took them out. Three seals had been hunted the morning we arrived and Janet’s extended family spent most of the week processing the catch. We spent much of our time watching the butchering of the seals, the stretching of skins, the cooking, and the hanging of meat to dry. This was all done outside and different family members tended the process. Stories were shared while they worked. We found that our directed questions were deflected, often answered with a story that came forth days later. We bought our drinking water at one store. We also dipped a pitcher into Janet’s large water container to take baths and wash our dishes. We noticed that we used much more water than our hostess did. I had to keep reminding myself that we were still in the USA, but it felt significantly foreign.

We were told that we needed to bring our own food, which we did. So, we felt honored when we were invited to the family table filled with their subsistence food: dried seal and whale, dried fish, and wild celery. We followed in Luke’s footsteps and ate the food. We understood that the family we were staying with was wealthy in this community because they continue to practice their subsistence living and do not rely on buying expensive, packaged food at the store.

And as we ate of their bounty, we learned that every aspect of their life has been affected by the pollution from the mine and the rapidly warming climate of the arctic. We listened to the VHF Radio, which announced the arrival and departure of prop planes—the only way to get to the island, except by boat. We heard stories of the storms that are more and more severe because of climate change. Attempts to evacuate people from the island during storms are futile. How do you do evacuate when the only exit is by prop plane, which is unable to navigate in a heavy storm?

What we heard the most was the resounding lack of response to the village’s decades-long plea to be relocated off an island that is rapidly eroding due to climate change. It was in response to that urgent need that Luke Cole and a national team of lawyers filed Kivalina versus Exxon et al, a suit against twenty-four major energy companies responsible for contributions to global warming through emissions of large quantities of greenhouse gases.

This work is about humans on the frontline. Luke attempted to move the national discourse on global warming by filing a major suit. In addition, the Kivalina Inupiat have struggled to feed themselves with their traditions, while their home is being destroyed by pollution and climate change. Arctic Requiem mourns the death of Luke, the death of the Arctic habitat, and consequently the slow death of the Inupiat lifestyle. There are no clear triumphs in this story. So, what do we want our audience to take away?

After I attended the memorial for Luke Cole, something creative fired in me. He had given me a story to carry, which as a writer I felt meant amplifying, sharing, and giving it away. As a result, I wrote Arctic Requiem with Joan. We hope that out of mourning, the phoenix rises and we make a vow to act positively, creatively, and move one step in a new direction.

So inspiring! Thank you for doing this work.

So inspiring! Thank you for doing this work.

This sounds like material for an entire cycle of plays! What a wonderful topic--and, of course, what an important topic. I'm so glad you're doing this.

So surprised and delighted to find an article about Luke Cole here, let alone a PLAY about him! Never really imagined the worlds converging like this around him and his work. Luke was a friend, a deeply inspiring colleague, and an unfailingly kind and indefatigable person. He was also a very big supporter of theater in the Bay Area and a constant presence in it. I will write separately to get a copy of this script so that I can visit with him again. Thank you for sharing news of it with all of us.

We wish you could be here to see it!

With the President's recent visit to the Alaskan Arctic coastline bringing the ecological and social justice crisis of the Inupiat's plight to the light of our consciousness, this play could not be more timely. Luke Cole was an unsung hero of the environmental justice movement. With this play, may his courage, wit and deep humanity be celebrated by many. I am so looking forward to another poetic, powerful Hilfinger-McMillen play-with-music.

Thank you, Bear! It is amazing that the premiere of this play comes right after all the press about Kivalina and Obama's visit. The Global Warming case that Luke initiated definitely put Kivalina on the map!

I'm very excited about seeing what you've put your talents to this time, Sharmon and Joan. I'm already convinced that you can do in an artistic fashion what often fails to get off the ground when presented as "more bad news" by the media. Climate change, corporate injustice, American refugees, personal heroism - wow. You've taken on a big one this time. Can't wait.

many thanks. i was just writing about the challenges of mourning our world for my Kenyon Review blog in the run-up to artcop21...and needed to know others who working with such grace to give voice and shape to what is.

Excellent article, prompting my own extended reading and research-- and I can't wait to see the play!

Reality strikes again: a small tribe of native american folks fighting against the Big Guns... What are the odds?