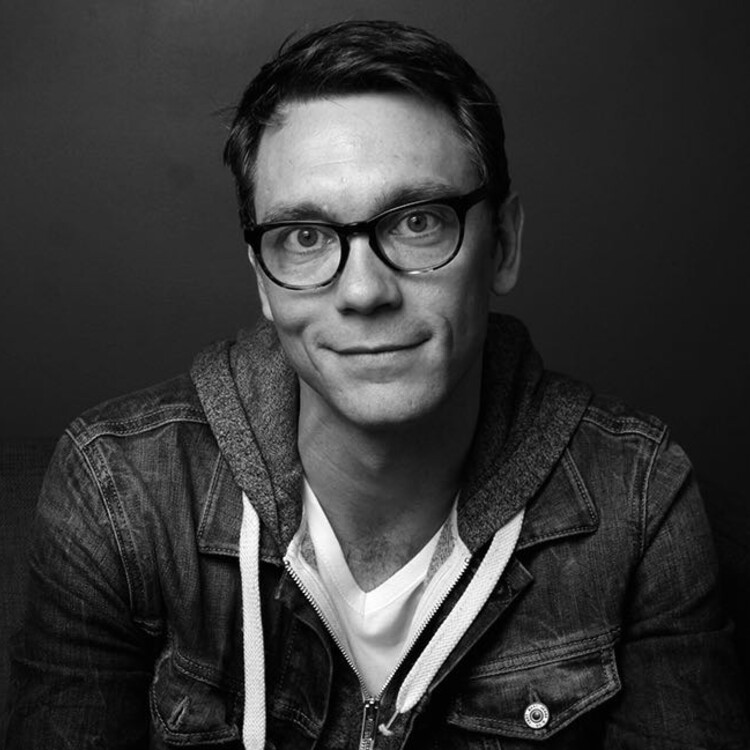 Confessions of a Sexist Playwright

Thanks in part to the #MeToo movement, mansplaining, gaslighting, and privilege have become familiar terms in theatre communities. Whether in the rehearsal room, the office, onstage, backstage, or in the scene shops, straight, white, male, cisgender, and temporarily able-bodied privilege is being called out. Up and down the lines of production, people are challenging inequity and speaking truth to power. And while calling out oppressions and isms is crucial, for many theatremakers the call needs to come from inside the house.

Learning I was a sexist playwright didn’t come easily. It came—like many of life’s hardest lessons—in the form of a one-act play festival. After submitting a ten-minute piece to a popular short-play series, I was thrilled to get a call from the producers. The woman who would direct my piece asked if I was open to making adjustments. Specifically, she and the company’s artistic director, also a woman, wanted me to make the female character stronger—as strong as the two male characters.

I agreed to work on the script, but something twisted in my guts. I was mad. Despite the company’s desire to produce my piece, both the director and the artistic director thought my play was sexist. Did that mean they thought I was sexist? It didn’t make sense. I respect and admire strong women. If there was a problem with my play, then it had to be a technical mistake—a slip of the pen that I could solve by analyzing the script. Yes, I thought, the play’s the thing. 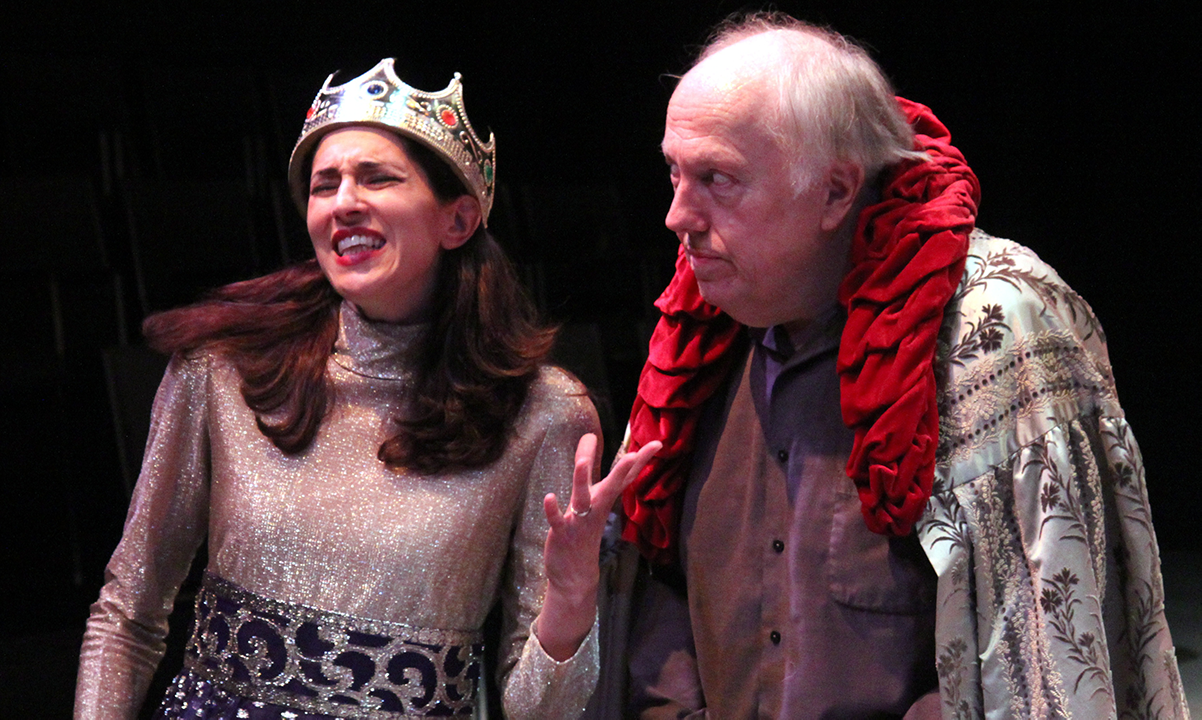 The play in question is a light farce set in an Elizabethan-inspired royal court. In the draft I had submitted, the royal advisor tried to convince Queen Helena to fire an inept court jester who could not juggle, dance, or even tell a joke. The jester only retained his job because of the queen’s loyalty to his deceased father. The conflict stemmed from the queen’s difficulty in firing the wretched comedian.

Queen Helena was the lead character, and she was royalty. So what did they mean by making her stronger? Did they mean she had no moral fortitude, or her backstory was shallow? Was her role too small? I considered each notion carefully, but I was no closer to understanding what kind of “strength” was wanted. I thought if the queen were “stronger,” she would simply give the jester the axe, and there would be no conflict.

Learning I was a sexist playwright didn’t come easily.

I explained to my girlfriend what was going on. She responded by showing me an essay by Peggy McIntosh called “White Privilege: Unpacking the Invisible Knapsack.” In her seminal essay, McIntosh listed the conditions of her daily life that are unique to her as a white person. I related to these everyday conditions of whiteness, such as the ability to buy Band-Aids in my skin color. Until then I had been entirely oblivious to these unearned advantages, this privilege. If there was this much I’d never considered about being white, how much was I blind to about being male? And was this ignorance blinding me to the truth of my characters and my writing?

I decided to unpack my own knapsack and examine the conditions of my maleness. I devised a list of ten conditions in my life as a theatre artist—a director, writer, and actor—that my female-identifying colleagues cannot consistently count upon.

The first thing I noticed after making this list was the disparity in the theatre world. And not only was I totally complicit, but I also benefited—and continue to benefit— from it through no overt actions on my part. In conflict situations, my goodwill is assumed while others are suspected of being catty. My ideas are often moved to the front even when they’re not necessarily the best. My booming male voice is more likely to be heard and my ideas given a chance. For all these reasons, I am more likely to persevere in this competitive industry while others meet more resistance. I’d never seen this advantage before because I never had to. The quintessence of privilege is not knowing you have it.

The quintessence of privilege is not knowing you have it.

Blinders off, I took another stab at the puzzle of the queen’s strength. I asked myself, What makes her less (of a person) than her male counterparts? Was she seen as a patriarchal mouthpiece, a symbol of feminine servility, or just plain dull? Still drawing a blank, I decided to ask the least dull and least servile person I know—my mother. I told Mom about Queen Helena’s attempts to fire her court jester and how her royal advisor pushes her to make the final cut. My mother responded, “So, who’s really in charge in this play?”

Was it that simple? Did it come down to the credibility of the given circumstances? Even in the fictional world of my play, it seemed that all the ideas came from a man. The royal advisor, a man, was trying to convince the silly queen to do the hard work of firing her employee. The queen had no agency in her own realm.

I put the queen in charge. I made it her plan, and not the advisor’s, to sack the jester. Her character remained a softy at heart, but her softness no longer made her ditzy or passive. Instead, in the revised version, she enlists her advisor to do the dirty work, and when she can’t bear to see the jester fired in the end, she makes the irascible advisor improvise a story about why they put the jester through the ordeal. Her strength comes from how she contends with the opposing sides of her personality. By recognizing her weakness and altering her course to save face, Queen Helena became multidimensional, and, hence, the strongest character in the play.

The play was produced. The audience laughed. The producers were happy with the adjustments, but the biggest adjustment wasn’t to the play. It was to me as a writer and as a person. To grow beyond my sexist writing—writing in which a queen can’t rule and needs a man to protect her from her silly heart—I had to see the sexism in myself.

The women of this company challenged me to look beyond my worldview, and my first response was confusion and anger. Being challenged to do better is uncomfortable. But if we want to grow as writers, we must become comfortable with discomfort, question our resistance, and probe beyond our understanding for the truths lying just out of sight. If we believe that theatre has the power to change people, then we must let it change us as writers. In the process, we may discover—like good Queen Helena—that our true strength lies in recognizing our weakness.

I really appreciate the fact you took this criticism as constructive instead of shutting the idea down.

I really appreciate the fact you took this criticism as constructive instead of shutting the idea down.

[NOTE: This was posted after a private conversation between myself and Jerrod, and he asked me to share my thoughts in the public forum for him to respond publicly, so I'm sharing a condensed version of some of what I shared with him here.] Hey Jerrod! I don’t know if you remember, but you also discussed that play of yours with me (and that conversation with the theatre) - and I tried to talk with you about it and work through some of what you were dealing with, with you. I just want to highlight that even if you don’t remember that, at the time you also spoke to at least myself (one other femme person) about it and contributed emotional and mental labor to trying to explain an alternate point of view. I wanted to share my memory of that experience because that feels in conversation with your privilege (at the time, and now). I wanted to share my POV, and the reminder that others sometimes contribute labor to our learning (which they aren’t obligated to do) even if we aren’t aware at the time. 🙏🏻 Regardless, glad you’re able to try and reflect and grow based on this experience! xo

Amy, I am so glad you reached out. I do remember our conversations about this play. Your insight was invaluable. And the point you're raising is an important one. This essay truncates my reality at the time, a reality in which I turned to all the brilliant women in my life for help, and most of them were patient enough to help me puzzle this thing out. (I also spoke to the brilliant men, gay and straight, but I confess they were less helpful. They only reinforced the notion that the ladies were incorrect about the play's issue.) So--no--the process of recognizing the faults of the play and my own unconscious biases was not as simple as reading one essay on feminism and a talk with my mother (like the essay may unfortunately imply).

To your point: It is not the job of the oppressed to educate the oppressor. And yet they find themselves in that predicament all the time and for any number of reasons. Sometimes the reason is frustration or anger. Often the reason is love and hope. In either case, we all benefit from their selflessness. How is educating someone about sexism or racism selfless? Because it seldom goes well and can even be traumatic. Yes, educating your oppressor can be traumatic. It can reopen old wounds. It can even be dangerous, inspiring anger or rage in the person holding the power. So, as we all get better at Google (duh), I invite those who are curious about their place in the oppressor/oppressed relationships to do a little searching, keywords/phrases such as: oppressed educating the oppressor; how does privilege work?