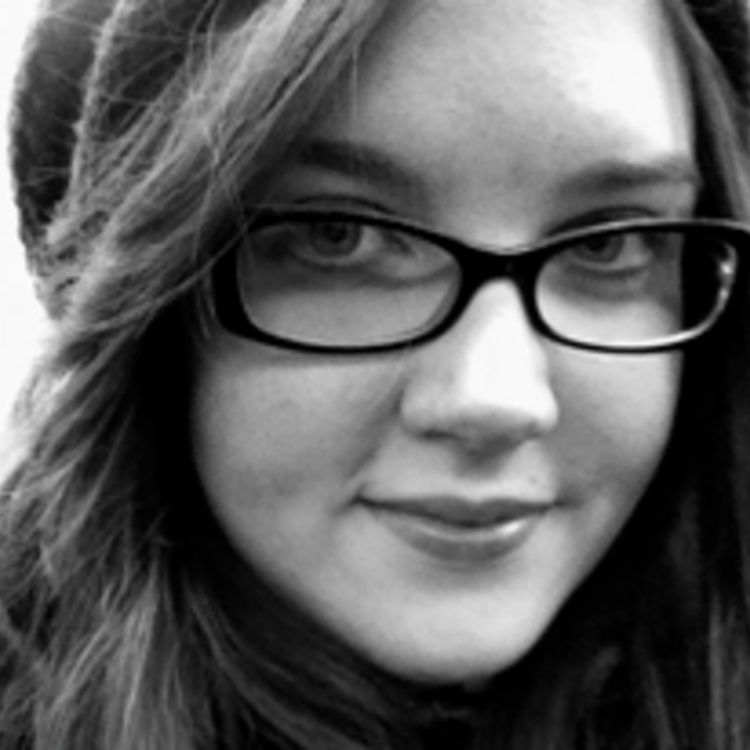 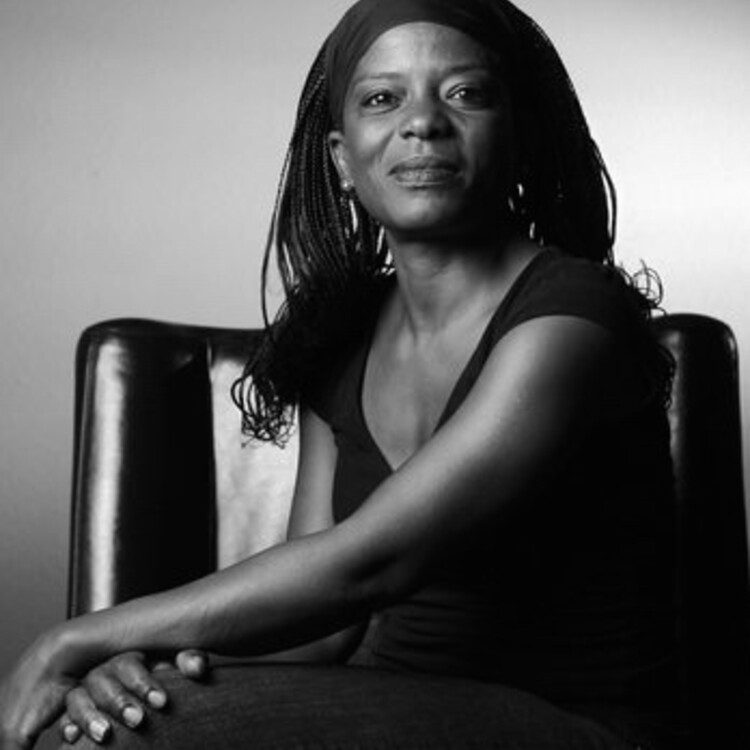 Founded in 2004, MOXIE Theatre was created to shatter stereotypes of “women’s work” and to bring new women’s voices to the American stage. In its short history, MOXIE has received rave reviews, national notice and awards, and has been recognized several times as one of the small companies making a major impact on the theatre scene in San Diego by The San Diego Union-Tribune. Currently embarking on its tenth season, MOXIE is an artistically adventurous company, diverse, and partnership-oriented. Since its inception MOXIE has produced thirty works of theatre, including seven world premieres, a new play festival, numerous readings, and four co-productions. Programming includes a subscription season and play readings, as well as education and outreach programs.

The mission of MOXIE is to create more diverse and honest images of women for our culture using the intimate art of theatre.

I have seen a number of productions at MOXIE during my relatively brief tenure in San Diego. I have always been impressed by the complexity of the work and moved by the nuance of the performances. Many of these productions were directed and produced by executive artistic director Delicia Turner Sonnenberg, who helped form the small, plucky theatre company and grow it over ten seasons into the San Diego favorite that it has become. Speaking with her recently, I gained an even stronger sense of this company’s goal to tell women’s stories in a landscape that tries to dictate what a woman’s story looks like.

Jennifer Lane: Tell me a little bit about your path, how you started out in the theatre, and how you ended up in San Diego.

Delicia Turner Sonnenberg: I’ve been in San Diego for fifteen years. Before then, I was working in New York, doing a Van Lier fellowship at Second Stage Theatre Off Broadway, and then the Director’s Project Fellowship, a summer project at the Hangar Theatre.

Jennifer: How long were you here before you started MOXIE?

Delicia: About five, six years or so. I had an Equity card, I was working as a stage manager mostly with San Diego Rep, and then I was funded by a TCG New Generations Grant to work with Sam Woodhouse at San Diego Repertory Theatre, because I always wanted to be an artistic director. So I did the mentoring grant with Sam for a of couple years. Toward the end of that time, MOXIE started to develop. I was directing locally around town for different companies also during that time, and working a lot with the women who would eventually become the co-founders of MOXIE.

Jennifer: Tell me a bit more about the genesis of MOXIE—why and how you got started.

Delicia: I was working with people like actor and director Jennifer Thorn (MOXIE’s associate artistic director) We started meeting a year before we actually officially launched MOXIE to plan, to dream, to come up with a mission, to just think about what kind of work we wanted to do, what need we could fulfill.

Jennifer: How long have you been at your current space?

Delicia: We moved in here in 2010. We did five seasons homeless, and we’re in our tenth season now.

Jennifer: Right, this is your celebratory tenth anniversary season. Has the mission changed or evolved at all over the last ten years?

Delicia: Our mission hasn’t changed at all. We’re very fortunate that we can always program for our mission, and our mission is so necessary. So there are a lot of ways to exercise that mission. But producing primarily female playwrights hasn’t chang­ed at all in ten years.

Jennifer: In your mission, you state that your goal is to “create more diverse and honest images of women for our culture.” I know that includes plays written by men. Can you talk to me about the decision not to produce exclusively plays written by female-identifying playwrights?

Delicia: It really has to be a play that we love, with juicy female characters, generally a female protagonist, and the women have to be the central characters in the story. Every now and then a play will come to us that’s by a man that we produce.

Jennifer: So often we hear that stories by women are for women, and stories by men are for everyone, which I definitely don’t think is true. We’ve also heard that there aren’t a lot of good plays by women out there. How do you go about seeking out these stories and creating an audience for them?

Delicia: We always say here that women’s stories are human stories. We’ve found that stories written by women are not necessarily always about women. Producing female playwrights is a need that we try to meet, but sometimes those plays have male protagonists. So one of the things that we are conscious of is not doing work that is already being done. There is a place for work that is about women’s relationships with their bodies, for example, so we tend not to do those plays because they’re already being done. We are trying to redefine what people think of as women’s work. We tend to do a Liz Duffy Adams sci-fi post-apocalyptic tragedy, for example, because we want to change people’s minds about what they think women are writing about. So that’s one part.

I read a lot of plays, people send me plays, I go to play readings. These are some of the ways I form relationships with playwrights or come to know about playwrights. And because of our mission, we are more likely to read a play by a woman. They’re not hard to find. Women are writing plays. Women are winning awards. They’re just not always being produced. 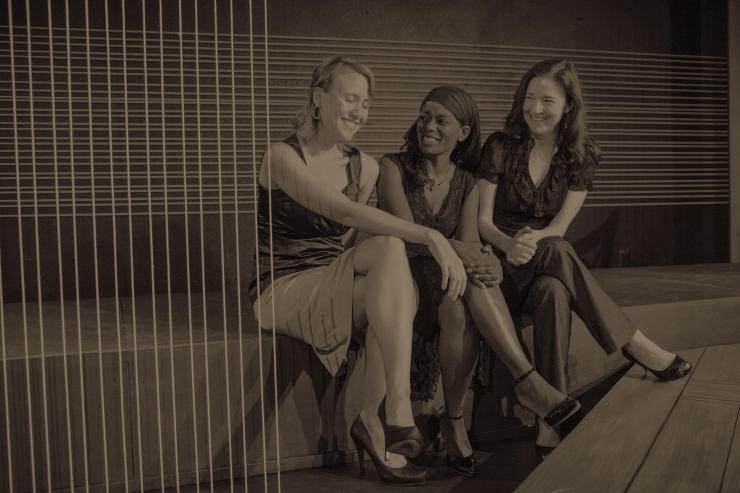 Jennifer: Are you able to take in a lot of the other work being done in the area?

Delicia: Yes, some years more than others. And I also direct for other companies around San Diego every now and then. I haven’t really for the last two years, just because of my schedule. Plus I have kids. I really have to balance how much I do outside. But among the whole team here at MOXIE, we see a lot of work on local stages. We cast almost exclusively local actors. And so someone will see a play, and they’ll say, “Oh, you have to see so-and-so, check out this actor.” That’s one of our obligations, to see the local actors.

Jennifer: That’s how you build your community.

Jennifer: How do you balance the demands of running a theatre company with the artistic demands of directing productions?

Delicia: It’s not easy. I think I’m just now getting good at it, after ten years. I first had to learn how to negotiate being a mother and a director, and then later a director and an artistic director. But I find that I actually really enjoy producing, and I have to rediscover the love for it. When we first started, I did a lot of directing for MOXIE just because of the financial need. But now we’re in a position where I can direct less and produce more, and it’s been a sort of natural evolution. The balance has been sort of working itself out.

Jennifer: Over the course of the ten years that MOXIE has been around, do you think women have gained ground in terms of gender parity?

Delicia: Obviously, we’re not close enough, because we are still having this discussion nationally, which has led to some exciting groups. I think we are still working toward gender parity. MOXIE is doing its part to ensure that playwrights that should be seen and heard are being seen and heard.

Jennifer: Looking back over your ten-year tenure, what are some stand-out productions that come immediately to mind as representative of your aesthetic?

Delicia: I think our very first play by Liz Duffy Adams, Dog Act, really sort of set the aesthetic of the kind of work we like to do. We like bold characters and beautiful language and story. The thing that really ties all of our productions together is this idea of “moxie”: is it represented in the characters, is it represented in the style of the play and the way the actors have to tell that story? So as we are thinking about the plays that we program, that’s the question that we ask about the play: does it have “moxie,” is it courageous, gutsy, plucky?