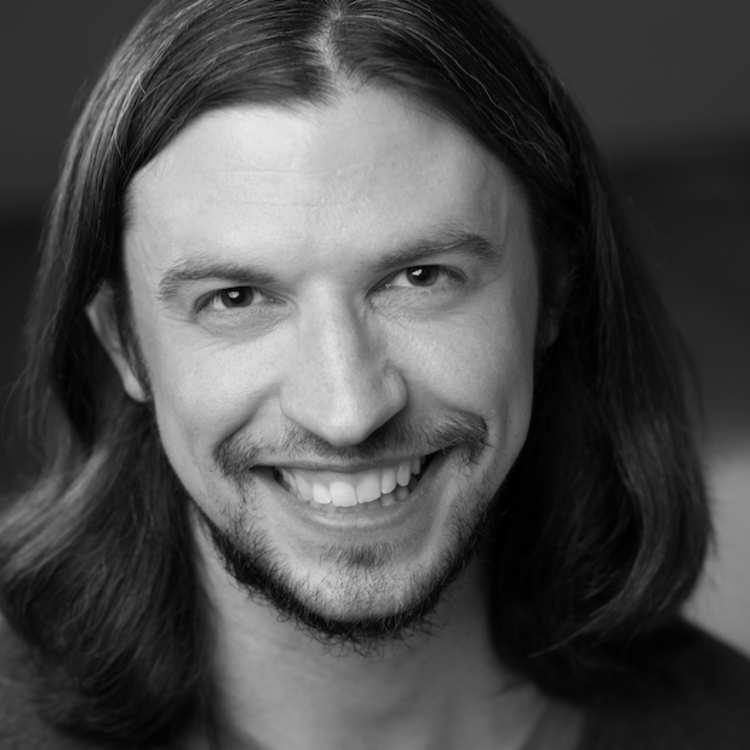 The word “disability” carries a negative connotation, and I think the fact that it’s used so much as a way to describe people is problematic. I prefer the term “ability-positive,” which offers a realistic and constructive way of looking at different ability statuses in society.

When it comes to classifying theatre, “ability-positive” indicates a production that offers equal access to opportunities and celebrates all abilities within the presentation and execution. Stories that are ability-positive center around real or fictional characters with different ability statuses, not for dramatic reasons, like an abled character experiencing a new struggle, but simply to show humans, in all their complexities, who make up the fabric of our world.

I am a theatremaker with Asperger’s Syndrome, and, growing up, I rarely saw myself reflected in characters on stage or in other entertainment. I had to make do with seeing actors who did not have a differing ability status “own the challenge” of portraying a “disabled” character. I had Flowers For Algernon as the distinct “disability” play, and I couldn’t relate to an abled image of who I was in the character of Charlie Gordon.

“Ability-positive” indicates a production that offers equal access to opportunities and celebrates all abilities within the presentation and execution.

Through my love of classic film, I found The Miracle Worker and was taken by the way Helen Keller and Annie Sullivan were portrayed, but also how they were seen. I loved the moment where Annie holds Helen to the same standards as everyone at the dinner table and advocates for their shared humanity by asking that Helen’s parents discipline her. I saw the ability-positivity in Annie’s order: Helen was just a kid who was misbehaving and needed to be held accountable.

Later, I became familiar with Children Of A Lesser God. What I loved about Marlee Matlin’s character, a Deaf woman, was that she rejected an able society’s demands that she sign; she wanted to be respected for who she was. As a teenager, I could relate to that; I didn’t want to fall into the stereotypes of what someone with Asperger’s was like, I wanted to be who I was authentically. I had a hero in Marlee’s character. I also had Shelby Eatenton Latcherie from Steel Magnolias, who wasn’t going to let diabetes stop her from living her life and pursuing her goals—even though everyone was scared for her, wanted to protect her, and idolized her for living her life despite it all. I longed for an image that represented me.

During this time, I found and starting working in theatre. After college, when I had owned the fact that Asperger’s was a part of me that I could not change, a friend of mine, Allison Garrigan, started a professional children’s theatre company in Cleveland called Talespinner Children’s Theatre. There, local playwrights, actors, and directors could create original plays for children that celebrate the world and all its beautiful complexities through multicultural, respectful folktales.

A couple of years ago, Talespinner started a new plays workshop series called PLAYground. I thought about writing an ability-positive play that would center around a character with a different ability status, what I had longed to see portrayed. I thought about one of my favorite folktales growing up, Hans Christian Andersen’s The Ugly Duckling, the story of a duckling who was thought to be ugly by others, but, in a happy ending, finds out he’s a swan. I thought about how Andersen was said to have had Asperger’s Syndrome, like me, except his time period didn’t have that medical term, just “eccentric” and “awkward.” I thought about how people with differing ability statuses are treated as ugly, and how some, like myself, are prone to internalize that feeling each time we experience it. I also thought about conformity and the unrealistic expectations created by perfectionist standards, which are impossible for anyone with differences to live by. 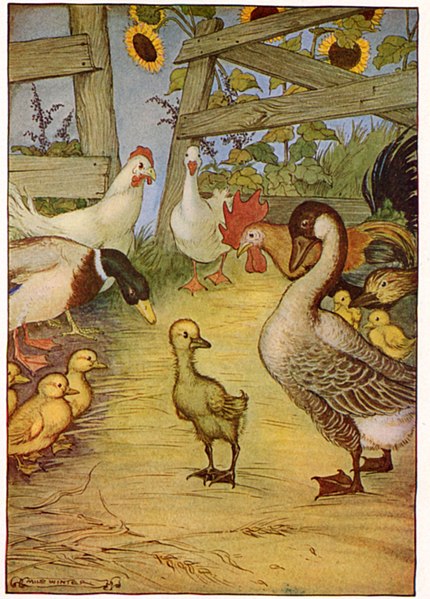 Illustration of The Ugly Duckling by Milo Winter.

I started writing. Though it took a while, my adaption of The Ugly Duckling was produced at PLAYground this past summer.

Like any playwright who seeks to challenge the society they live in, I was terrified. The play holds accountable often-benevolent, protective parents, as well as the ones who don’t try to do well by their different child or blame the child for their shortcomings, and I was worried about offending the adults in the audience. I also didn’t want my play to offend people of different ability statuses because their lived experience might be unlike what the play presented. I was afraid of showing the often-unseen reality that a child with a different ability status picks up on what their parents, siblings, and the rest of society say around them at an early age, and how that internalized judgment sticks with them throughout life. I was worried that the essence of the story—that differences are good and we should accept them all—wouldn’t resonate.

But I kept going. I was determined to show how intelligence from people with various ability statuses can be appreciated. I wanted to show that even amid adverse situations, people like me can be valued for our contributions, intelligence, observations, and genuine selves, and that that isn’t hard to do. Despite my fears, when it came time to present my play to audiences, the story’s anti-bullying message seemed to resonate.

I believe all children should be able to see themselves reflected on stage and screen, unlike the experience I had as a kid. That means we need more ability-positive stories. The Ugly Duckling was my first attempt at making this change. I hope to create a positive image for children with different ability statuses to relate to: that we all belong in society.

Hey Tim, loved what you wrote and how you're making the personal public.  I hope your Ugly Duckling continues reach young people in your community there -- and that you keep the faith.  Great to hear/feel your voice in this essay.

Sorry it's taken me this long to get back to you- thank you so much for your kind words! I try to write relatable articles as I try to relate. Glad it impacted you.

Thank you for the article! It is so good to be reminded that other artists with disabilities are creating work.

Sorry it has taken me this long to get back to your comment. Thank you for your comment. It is good to be reminded that we are creating work. I do read your articles on here, and I love your analytical criticisms.