The Creation of a National New Works in Translation Network 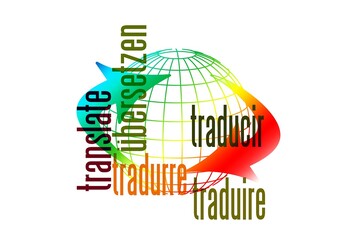 A provocation. A proposal. And a plea.

The provocation: What would happen if we were to think of new translations of plays, both classical and contemporary, into English the same way that we think of new plays written in English? Talk to theater practitioners throughout Latin America and Europe and they will frequently tell you how deeply their own practice was affected by the theatrical translations that they have seen and read. Talk to audience members in those regions and they will tell you how much their notions of what the theater is has been formed by work in translation. This is not the case in the US (I’ll leave our Canadian brethren and sistren to speak for themselves). Partially, this is a function of language and geography. We are a vast country, with a monolingual bias. Partially, it is a cultural mindset. Seventy percent of US citizens do not possess a passport and many of those who do travel abroad expect, if not demand, that the familiar and the comfortable reign. If translation is not to be thought of as a kind of theatrical cruise ship sailing into ports of call where the language may change but the food and surroundings are all maintained while aboard, then maybe we need to change the game.

Thinking of new theatrical translations into US English as we think of new plays written in US English could, perhaps, alter that mindset by focusing upon what is culturally unique and theatrically vibrant in the translated material, rather than forcing it to conform to a preconceived notion of what the theater should be. Thinking of new plays in translation as we think of new plays has implications for creative process, production, and marketing. Thinking of new plays in translation as new plays makes the theatrical translator an integral part of the creative process. Over the past few years, presenting organizations have increasingly programmed “international” events and festivals. Such programming brings a wide variety of theater to audiences that would never see it otherwise, but engagement with the work and the artists who create it tends to be scatter-shot, several performances lacking context and then the road show moves on. In this respect, theatrical performance becomes another byproduct of an increasingly globalized culture, where easy air travel and hastily assembled translated super titles create the impression that artistic creation is easily malleable and seamlessly transferable from one context to another. In the age of social media, we take translation for granted. It can be accomplished as quickly and as cleanly as creating a Facebook profile. Thinking of new plays in translation as new plays written in English is one way to break that mold.

Thinking of new theatrical translations into US English as we think of new plays written in US English could, perhaps, alter that mindset by focusing upon what is culturally unique and theatrically vibrant in the translated material

The proposal: The creation of a National New Works in Translation Network. Like the National New Play Network, the National New Works in Translation Network would connect individuals and institutions interested in producing new works in translation across the country. At the same time, we envision the National New Works in Translation Network as different in structure than the National New Play Network. Where the NNPN only includes theaters and limits itself to a single venue in each community, the NNWTN seeks to include theaters, universities, and colleges who could use new works in translation as part of their educational mission in a number of ways, cultural exchange organizations such as the Goethe Institut and Japan Society—national embassies that do some performances of works in translation on an ad hoc basis already, as well as other institutions, organizations, and individuals that have yet to appear on our radar screen. We would also be interested in working with multiple kinds of venues in a given community. We plan to spend the next six months or so gathering information and talking to potential partners as we envision what form the NNWTN will take.

The plea: Talk to your institutions and see if they would like to be involved. If so, let us know. Talk to us about theaters and institutions already predisposed to this sort of work. We need as much information as possible. Let me know if you think this is a dreadful idea or if there are gaping holes in what I’ve outlined. I want to know that as well.

Email this Page
Share this Page on Facebook
Share this Page on Twitter
Print
Print this Page
Most Discussed
Artists and Scholars Consider the Intersection of Puppetry with Other Disciplines and Ideas
Saturday 21 January and Saturday 28 January 2023
Most Watched
International Presenting Now: Collaborative Models, Practices, and Pathways Toward a Sustainable Future
Monday 9 January 2023
Upcoming
Suzan-Lori Parks’ Watch Me Work
Monday 30 January 2023
Newest First

Great idea and I would like to be a part of this national drive to promote plays from abroad. I am currently proposing utilizing a Translation Center at a major university to create an accompanying summer theatre program. The program would be devoted to staging new translations of plays from abroad in repertory over a month or so in the summer. I envision this as a kind of summer stock try-out for newly translated plays produced at a fraction of the cost of a commercial production. I see it as eventually becoming a professional theatre staffed with a mixture of professional actors and practitioners and university students. This model has been successfully developed in summer theatres around the US -- particularly when it comes to new American plays. One example of a success story is the Contemporary American Theatre Festival in Shepardstown, West Virginia which has been devoted to producing only new American plays. It is produced out of several theatres at Shepherd University and attracts actors and playwrights not only from the Wash. DC and Baltimore areas (about 1 1/2 half hours away) but from around the country. It is now a fully professional theatre (with Equity contracts) and is celebrating its 23rd year this summer.

As a translator of Swedish plays into English I would alsolike to participate; I also represent a small theater company in the midwest,Vanity Theatre Company, that would love to participate and which has as part ofits mission statement to foster new translations of old plays into English andnew plays that have never previously been translated into English. Finally, I can also relay the interest of thefaculty and some of the students from the Translation Program at the Universityof Wisconsin Milwaukee in participating in this venture/network. We look forward to hearing from you.

I think it's a great idea. I'm also a translator of Danish plays into English and have had works produced by Theatr Iolo in Cardiff (which has produced plays in translation from Denmark, the Netherlands and Germany) www.theatriolo.com; Half Moon YPT in London; Carousel Theater in Canada; Visible Fictions Theatre in Scotland; and Replay Productions in Belfast plans to produce one of my translations next year. I'd be delighted to be involved, I know Theatr Iolo would, and I imagine the other companies would too.

I am a Danish American translator of Danish plays (contmeporary and classical), and part of my job is to find theater companies in the U.S. who would be interested in performing the plays i translate - this is not always an easy task but I have had some success. i think your project sounds very exciting and I would love to support you and be a part of it!

Great idea! I will talk to folks here at Ohio State about participating.