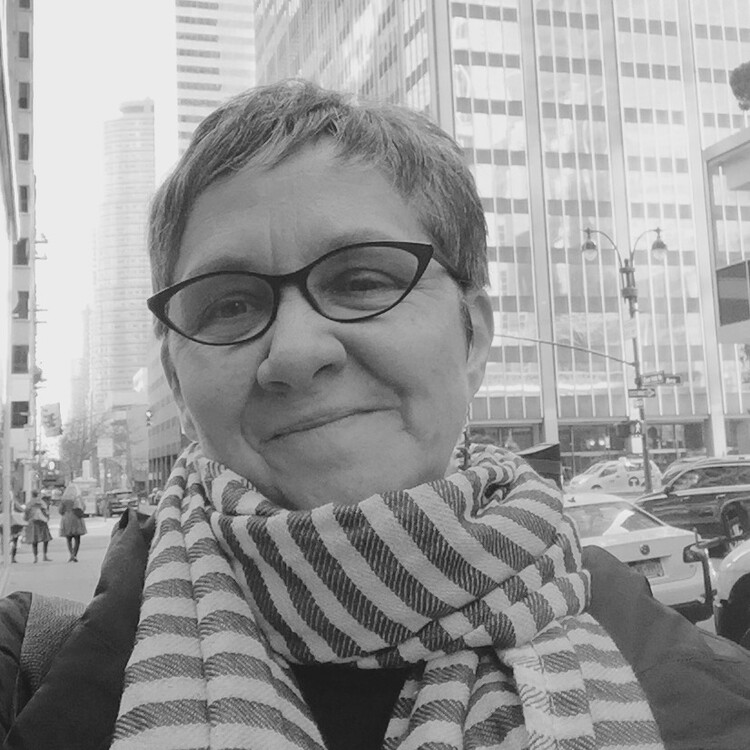 “She seems sweet.”
“That’s what makes her so diabolical.”
—Ripcord by David Lindsay-Abaire

We’ve all seen them in the media—the ageist female stereotypes “often demeaning and harmful”: the irascible older woman whose acerbic wit offends at will (from Sophia on Golden Girls to the Dowager Countess on Downton Abbey), the free-spirited, upbeat older woman (from Maude in Harold and Maude to Frankie on Frankie and Grace). David Lindsay-Abaire’s Ripcord at Manhattan Theatre Club (MTC), billed as the “Fight of the Century. And They Would Know…,” had all the earmarks of a comedy rife with ageist caricature and innuendo. As I walked into the theatre, I was prepared to watch two gals of a certain age behave badly and get into all kinds of hijinks and hilarity. (Think eighty-year-old versions of Lucille Ball and Vivian Vance.) As the lights came up on The Bristol Place Assisted Living Facility, we met the cantankerous, patrician Abby (Holland Taylor) and the garrulous, sunny Marilyn (Marylouise Burke). So far, my instincts were right: this was going to be a spinster version of Grumpy Old Men meets The Odd Couple. But a funny thing happened as this “dismissively blithe” comedy unfolded that took me by surprise. Beneath the froth and fun, there was an undertow of weight and substance—something dark, ugly, and frightening—whose pull was curiously strong.

Beneath the froth and fun, there was an undertow of weight and substance—something dark, ugly, and frightening—whose pull was curiously strong.

In the play, nasty, sharp-tongued Abby is determined to rid herself of her annoyingly effervescent, all-you-need-is-love roommate Marilyn at any cost. Marilyn, on the other hand, wants to remain Abby’s roommate. In the first scene, Abby has been trying unsuccessfully to convince their well-intentioned orderly, Scotty (Nate Miller), to help eject this interloper from “her” room. When that doesn’t work, she throws volley after nasty volley at Marilyn, in hopes she will retreat of her own accord—telling her straight out that she doesn’t like her, and even insulting her four-year-old grandson’s finger painting—all to no avail. It is at this point that Marilyn reveals something about herself to Abby.

MARILYN: Oh, I don’t get angry.

MARILYN: Not anymore, no. There’s really no point. It always leads to an ugly place. And I don’t care for ugly places.

During this first scene, I remained convinced that these peppy old gals were meant to call up memories of Arsenic and Old Lace and to tickle the fancy of an aging, mostly white audience at Manhattan Theatre Club. (Lindsay-Abaire was commissioned by MTC to write it.) Not until our elderly heroines visit a haunted house together in the next scene, did I notice the distinctly macabre tone that started to creep in among the one-liners and comic shtick. In a very surreal scene, the two ladies are being ushered towards the Gates of Hell by a Zombie Butler with Marilyn screaming in terror at every corny, clichéd prank, when Abby reveals something about herself to Marilyn.

ABBY: No, I don’t get scared. Certainly not of this nonsense.

[A little later in the scene]

ABBY: What do you mean you don’t get scared?

ABBY: Haven’t been in years. That’s what happens when you live long enough. Things disappear. Just like my taste buds. Just like your anger. Everything goes eventually.

MARILYN: What about death? Everybody’s afraid of death.

MARILYN: Oh don’t say that, you wouldn’t welcome it.

ABBY: Well I’m certainly not afraid of it. Not anymore.

ZOMBIE BUTLER: Don’t dawdle, ladies. You’re nearly in the belly of the beast.

MARILYN: I bet I could find something you’re scared of.

In the same scene, the two duck into a room and find themselves in a nursery with a ghostly woman rocking a baby, saying, “I won’t let them take you. Mama’s here, you precious baby boy. Mama’s here.” Suddenly, a murderous clown is heard searching for the baby, and before hiding herself, the ghost mom tosses Marilyn a huge crucifix and hands off her baby to Abby. Marilyn and Abby do save the baby, and yet, when asked by the mother for her baby back, Abby is strangely loath to let him go. She stands transfixed and uncharacteristically quiet, with a look of … sorrow? grief? moving across her face as she hands over the baby.

In the third scene, Abby, convinced there is no other way out of her living situation predicament, takes Marilyn up on her bet to see which one can induce the feeling that the other says she never feels. Both women agree that whomever wins gets what she wants. If Abby makes Marilyn angry, she can have the room all to herself. If Marilyn scares Abby, she gets the bed by the window. Thus, Abby and Marilyn embark on their geriatric jihad.

There is a certain glee with which the women careen outside the boundaries of morality and convention. Both are more than willing to lie, drug, blackmail, spy, and publicly humiliate each other in order to achieve their aim. It is with fervor and passion that they (and we) get caught up in this winner-take-all struggle. Marilyn’s daughter (Rachel Dratch) says at one point that she has never seen her mother so alive as she has been since she made this bet. Lindsay-Abaire is a master of the set-up and punch line, and even as the emotional stakes escalate, there is still a lot of slapstick and laugh-out-loud humor. Like when Marilyn and her daughter and son-in-law drug Abby and take her sky-diving, or when Abby opens the bathroom door to find Marilyn “hanging” inside, only to nonchalantly shut the door.

However, these hijinks mete out real consequences. Abby must confront her long-lost, drug-addict son, whom Marilyn drags out of the shadows for a visit. Marilyn has to face her secret shame over her husband’s violent behavior and criminal past, which Abby makes plain when she posts information about it all over the facility, for all to see. In the penultimate scene, both women accuse the other of crossing the line. Abby calls Marilyn a sadist who fools everyone with her façade of kindness. Ultimately, neither woman is beyond reproach, and as the play races towards the climax, the audience members, like the characters themselves, have lost their sense of equilibrium and fairness. Both women have suffered and committed hurtful acts.

Ultimately, neither woman is beyond reproach, and as the play races towards the climax, the audience members, like the characters themselves, have lost their sense of equilibrium and fairness.

Lindsay-Abaire is no stranger to moral ambiguity and human nature. In his other plays, notably the Pulitzer-Prize-winning Rabbit Hole (2006), he deftly deconstructs human behavior to reveal the wounds that lie below. And in Good People (2011) he doesn’t coddle the audience with facile moralistic judgments. His characters are deeply flawed and vulnerable. In Ripcord these women are no less complex—motivated by deeply personal experiences.

In the end, the two ladies find out something that neither they nor we had expected—that despite the outcomes, the contest satisfied them both. Even with their first bet settled, Marilyn proposes another. Abby cautions her son, “don’t wag your finger at me and tell me that I’m done. I’m not done.” It seems this battle of wills and wits is an energizing life force

Aging white women do not seem a very threatening lot. Which brings me back to the potency of this play. It is not a comedy about two stereotypical old gals up to shenanigans, rather, it is about the dark and terrifying forces inside all human beings, from age ten to 110. Lindsay-Abaire places these impulses, ironically, inside the non-threatening bodies of two old ladies, so we can laugh at these ridiculous antics as if they are nothing more than foolishness. (One wonders if this same audience would be laughing if two young people of a different race or culture waged this same power struggle.) Yet, under the docile exterior of age, there is a ruthless drive to retain relevance and power. The ladies in Ripcord fight over what may seem like small stakes in today’s world, but Lindsay-Abaire shows us our own capacity for savagery by using ageist stereotypes to effectively take the sting out of the destructive urges that terrify us all. These ladies may appear out-of-date and frivolous, but the dark forces that drive them are neither feckless nor impotent. Ripcord sneaks up on MTC’s (mostly privileged, mostly white, mostly aging audience) and jumps out, saying “BOO!” like a childish prank that we laugh at, yet still makes our heart race. At the same time, the play shows us the necessity of facing our fears.  As the audience filed out, I wondered if any one else heard the skydiving instructor’s pre-jump directive ringing in their ears,

YOU’RE GONNA LIKE THIS, ABBY! IT’S JUST LIKE LIFE! YOU GET SHOVED OUT INTO NOTHINGNESS, THEN IT’S A LONG TERRIFYING FREEFALL TO CERTAIN DEATH! WHICH IS WHY YOU GOTTA PULL THE RIPCORD, BABY! SLOW YOURSELF DOWN AND LOOK AROUND WHILE YOU CAN!

Eleanor Roosevelt once said, “Do something each day that scares you.” The ladies of Ripcord take this to heart.