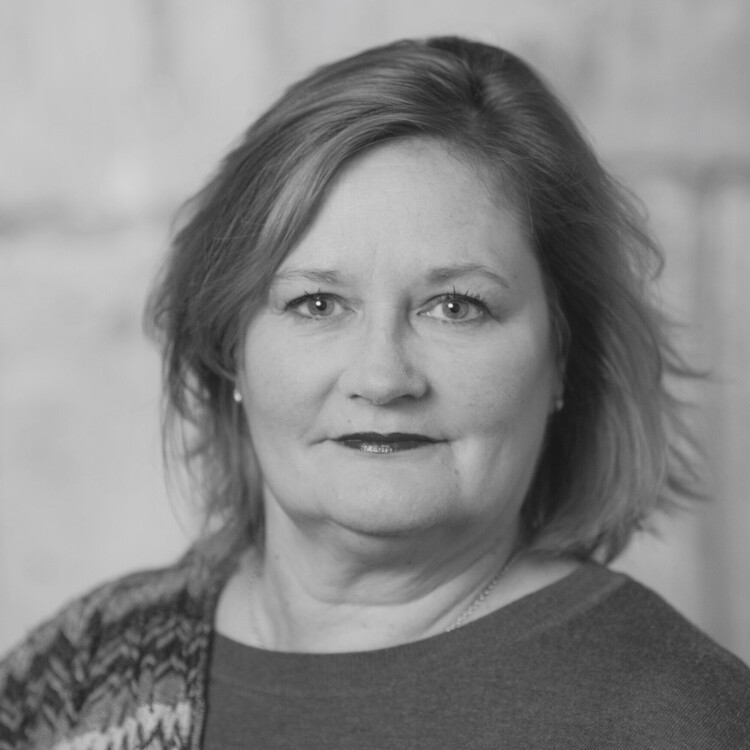 It began with years of​ talk about how some sort of comprehensive, all-knowing lit manager could be created, who might help each and every theatre in the world find the perfect play. Preferably that person would be a trained, experienced, charming staff member who didn't need benefits (or a salary or a desk) and completely understood season programming and the need to find that certain play that had the right number of actors of the correct gender and ethnicity, was of that genre the theatre was missing from its season, focused on the exact subject that needed to discussed within a community, and had the “not too little/not too big” development and production history that the artistic staff thought was just right.

There had been hundreds of conversations about how the submission model was broken, how people filled their offices and built furniture out of unread scripts, how playwrights waited for years to hear back about the plays they just knew were perfect. Debates had been raged over submission policies—closed, open, credentialed, non-existent, misleading—in private and in public, by playwrights, by academics, and by artistic staffs of organizations large and small.

Everyone agreed on only one thing: there had to be a better way.

The National New Play Network—the country’s alliance of theatres dedicated to the development, production, and continued life of new plays—was founded in 1998 for the very purpose of finding a better way. NNPN’s Rolling World Premieres, workshops, showcases, commissions, residencies, web chats, pitch sessions, and travel and collaboration funds have all been created, piloted, launched, and grown to answer the needs of its members, their affiliated artists, and their audiences.

NNPN’s members are doers—innovators and disruptors who set out to find a better way.

It will be a tool for students, audiences, and new play lovers everywhere to access new works. It will serve organizations so that they can let playwrights know what they are looking to read, to develop, and to produce.

Today NNPN’s New Play Exchange, a crowd-sourced, open-access database of plays, playwrights, and producers built for everyone who makes, looks for, and loves new work for the theatre, will become available to everyone with access to the internet. The New Play Exchange is NNPN’s newest better way. A better way for plays to be shared, discovered, and produced.

The NPX has been developed by, for, and about the field during an intensive three-year process, and NNPN was aided in the research and beta testing phases of the product's creation by the leadership and constituencies of Literary Managers and Dramaturgs of the Americas, the Playwrights Foundation, the Playwrights' Center, and Chicago Dramatists, in addition to its own Core and Associate Members and Alumni Playwrights. The project was funded by the National New Play Network with the support of the Doris Duke Charitable Fund, the Andrew W. Mellon Foundation, and the National Endowment for the Arts.

After nine months of beta testing, we know what it can do. Briefly, playwrights, new play readers, and organizations can create profiles of themselves with contact information. Playwrights can upload their works (a synopsis, either a sample or a full script, and a score, if appropriate), links to files, keywords, metadata on genre and cast, and the development and production history of each work. Readers and organizations can use the tool’s robust search engine to find exactly the plays or writers they are looking to find. They can also recommend work to others, build a private library of plays to be read, and record private notes about the scripts they are reading. Everyone will be able to “watch” others on the Exchange, and receive alerts when other users post new recommendations and new plays.

It will give playwrights a way to share their work beyond their current network. It will be a faster, more efficient way of finding that "just right" play for theatres. It will give readers a platform where they can advocate for plays they love. It will give theatres a way to create relationships with writers they don't know and might have never met. Playwrights will use NPX to expand their knowledge of the theatres looking for new works. It will be a tool for students, audiences, and new play lovers everywhere to access new works. It will serve organizations so that they can let playwrights know what they are looking to read, to develop, and to produce.

Here’s what I believe that this new world will include: playwrights who have plays produced that were discovered via the Exchange. Theatres that find previously unproduced plays by playwrights they weren’t aware of that speak specifically to an issue in their community. Artistic directors who find the perfect play to fill the last open slot. Students who read a new play and understand that theatre is not dead, or dying, or dull. Dramaturgs who write recommendations for plays that are great, but that aren’t “just right” for their theatres, and others who see those statements of admiration and respect and reach out to those playwrights, start conversations, and go on to produce those writers’ next plays. And not a single season in an American theatre that includes a play just because it got a good review in The New York Times.

First, congratulations Gwydion ,Nan and Jojo on a mighty achievement! I agree that the Browse function is an I oortant and desirable feature.

Congratulations to Nan, Gwydion and Jojo -who traveled many miles to speak to theaters and playwrights, and listen to them, to dream, think, create, analyze and build NPX. It's been fun to be a part of the process as an NNPN Associate theatre, and City Theatre is already perusing the short plays that are "on the shelf" to seach for plays for its multiple short play programs (Summer Shorts, Shorts Gone Wild, Shorts 4 Kids, Short Cuts - yikes!). I love the filters - seeing the plays that have and haven't been produced, it was nice to see 50% of the scripts are written by women, I can find plays with more than two characters! This is exciting and I'm happy it's here.

Hi Nan - This tool has fabulous potential!!! You mention "Readers and organizations can use the tool’s robust search engine to find exactly the plays or writers they are looking to find." I can't find the search engine. I just see a text field where you can enter a playwright's name or a play title. Is the search engine up yet? I assume eventually one could search on genre, # actors and that sort of thing. Is that planned for the site? Is it already there and I just can't find it?!? Thanks to NNPN for doing this!

If you've created either a Basic or Writer account, you don't have access to the same robust search tools and filters that those with Reader or Organization accounts have access to. Which kind of account do you have?

I have a Writer account. What I really wanted to do was have some way to "browse" instead of "search." Browse capability is a common feature of most database front-ends. In particular, I simply wanted to be able to look at all the playwrights that were in the system. I solved this is a non-elegant way by entering the letter "a" (for example) in the search. Then it gives me all the playwrights that have "A" in their name. Also, all the plays that have "a." Browse capability should be easy to implement (For example, you could have a page with playwrights categorized by last name.) But I do wonder why, if both "reader" and "writer" are $10 annually, they don't both the same capabilities? That aside, I still think the system is swell. I love the ability to add a playwright's play to my reading list. Really cool.

I completely understand the appeal of the browse feature you've outlined, and building one IS in our plans, just not immediately.

The Reader and Writer accounts have distinct features because they represent distinct user profiles. In the future, a user will be able to buy BOTH profiles with one email address....but we aren't quite there yet, either. Give us time :)

First, congratulations Gwydion ,Nan and Jojo on a mighty achievement! I agree that the Browse function is an I oortant and desirable feature. As a playwright, apart from showcasing my own work, one of the frustrations of the current state of the field I hope the NPX could help with is the sense of isolation-- of being stuck behind a one-way mirror with regard to the actual state of play. Who's producing what; who's writing what; where are writers landing? This kind of overview is an essential missing link for writers as we make our own map of the landscape and find (or invent) our place in it.

So it's great to see this feature's coming-- if spend a lot more time on the NPX of I could browse and I bet other writers would too.

Thanks again for this fabulous initiative- can't wait to see how it runs!

I've uploaded my plays and am very excited about the possibilities NPE opens up!