The Dramaturg Corps of the Potomac 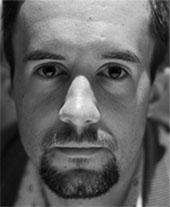 How should theater artists be trained? Recently this question seems to have been interpreted primarily as a question about the viability of MFAs and the ethical questions surrounding MFA financing and debt, as well as the increasing “credentialism” in theaters and universities across the country—modeled on corporate America—where the MFA is the new passport to entry for even the most basic jobs in artistic and production departments. I’m not here to talk about MFAs but about alternative models of training that have their root not in the modern research university but outside it, and sometimes in the most unlikely of places. Specifically, I want to talk about training in dramaturgy.

For each of the past three summers I have spent ten glorious days in July and August participating in the New Play Dramaturgy Intensive at the Kennedy Center, in conjunction with the MFA Playwrights’ Workshop organized by Gregg Henry and the American College Theater Festival and the National New Play Network, headed up by Nan Barnett and Jojo Ruf. It is no real exaggeration to say that my time at the NPDI has been among most significant training I’ve had to allow me to do what I do, namely work with playwrights to develop new work.

So what is the New Play Dramaturgy Intensive, and what makes it an alternative model of training? The MFA Playwrights’ Workshop brings together some of the most exciting and talented new voiced in American theater to the Kennedy Center to workshop a new play in development, and pairs each playwright with a professional director and dramaturg from a NNPN theater. A team of professional actors, from DC and beyond, come in for a week that was, in a word, intense. In addition to the actors, playwright, director, and dramaturg, there were assistant directors and associate dramaturgs; the associate dramaturgs comprised the NPDI, or, as we called ourselves this year, the Dramaturg Corps of the Potomac.

The technical term for this vocabulary is a 'Boolean search.' Boolean searches really only have three options 'AND,' 'NOT,

Comprised of an opening session, daily lunchtime meetings, several evening meetings, and a final wrap-up session, the NPDI is a master class in new play dramaturgy that throws participants into the deep end and helps them to swim. Our first session began with what I now know is quintessential of dramaturg extraordinaire Mark Bly: poetry. Billy Collins’ beautiful poem, “Introduction to Poetry,” implores his readers to “… take a poem / and hold, it up to the light / like a color slide / or press an ear against its hive…” to learn the world of the poem and to appreciate that as dramaturgs, we can contribute far more by listening than by speaking. As a participant and now as a teacher of sorts, this poem’s importance to the field continues to assert itself, and I draw on it often when first reading a new work. What new and exciting things will I learn about the world of each play if I listen until my ears are tuned to the unique buzzing of the hive?

Mark urged each member of the Corps to bear this poem in mind; to listen until our ears heard the buzzing of each individual world; and to always bear in mind the unique responsibility we have as dramaturgs: do we dare say something that, as John Keats says in his poem “Lamia,” may unweave a rainbow? The task for the week was not to torture answers out of these plays and conquer all their mysteries, but rather to see, to really see, each individual color of the rainbow worlds of the plays and work to draw out their specific luminescence.

Here are just a few of the points that make this program, for me, the kind of training program upon which our future should be based.

Dramaturgy is an art, but it is also a craft, and it can only be learned through practice at the feet of the masters. Or; you can’t teach art, but you can teach craft.

Like medieval guilds, the NPDI replicates the hands-on structure of learning the craft of dramaturgy. Mark and the mentor dramaturgs are the masters, the members of the Corp were the apprentices, and I was some sort of journeyman out on his Wanderjahr, simultaneously honing my craft, seeking a long-term home, and imparting what little knowledge I have onto apprentices as I wandered through. Most of us know, in theory, how to give a note or talk to an artistic team, but can we do it in practice?

Real, meaningful collaboration is inevitable in such a compact and intense situation, and thus the experience of collaborating with other theater workers become naturalized and normalized. Or; enough with the “silos,” already!

In addition to the NPDI, this year also marked the beginning of the New Play Directing Intensive, led by directors Will Davis and Michael Rau. Our two groups met on a Tuesday night to promote real collaboration between directors and dramaturgs by doing a short group activity. After brief presentations from Mark, Michael, and Will about their personal experiences working with fellow theater workers, we sent the Corps and the directors into groups to work on a small scene from Which Witch Hwich by Mac Wellman, a “difficult” play to say the least, with this assignment: “On the basis of the structure of the play (in whatever way you wish to interpret that phrase), what thematic elements might you address in a production to create a production of significance (in whatever way you wish to interpret that phrase)?” The responses we received were amazing, varied, and remarkably deep given that we only gave groups fifteen minutes to converse. But the point here was, these are the kinds of deep, meaningful discussions that directors and dramaturgs should be having at the beginning of any project. As Will said during the presentations, “If I’m lucky, the best idea in the room isn’t my own.” If everyone thought this way, just think of the possibilities!

Love is the root of meaningful work. Or; real criticism has its root in a love of the art form.

Life is too short for timidity, and art is not long enough to make an entire profession endure it so others can feel safe. Dramaturgy is about co

Love this Matt. Thank you.