Recommended
Devising Our Future
HowlRound Theatre Commons
Most Discussed
Designing Collaboration: In Search of a Taxonomy of Collaborative Methods
Emily McConnell
Most Watched
The Gathering from the CrossCurrents Festival
Wednesday 4 May to Saturday 7 May 2022
Upcoming
Livestreaming a Conversation: #DeafWoke with John Autry II
Friday 20 May 2022
Essay by
Carey
Purcell

The Need for the ERA in the Arts

As a proud feminist, I have a somewhat embarrassing confession to make: until very recently, I had never attended a consciousness-raising session. Despite having read avidly about the second-wave movement participants’ habit of gathering to talk about the issues affecting their lives, I had not participated in one myself until attending the Percolating Gender Parity symposium organized and hosted by the Women in the Arts & Media Coalition that was held December 3, 2015.

The day-long event consisted of two lengthy group conversations and a public forum that was livestreamed on HowlRound TV. The first event focused on the participants, who came from various arts-oriented organizations and publications such as the League of Professional Theatre Women, the Women’s Voices Theater Festival, and many more, getting to know each other and each other’s work. The second discussion consisted of ideas and actions to explore in the future, all with the same goal in mind: 50/50 by 2020.

I was part of the first two conversations, attending as a journalist who focuses on women in theatre. I found them immensely eye-opening, leaving me with countless ideas for future articles to write about my self-proclaimed beat of women in theatre. But, out of everything that was said that day, one subject seemed to dominate all others, and that was money—or, more specifically, a lack thereof.

So many incredible women were in that room, but there were so many more who weren’t there, because they couldn’t take the day off from work. Or they couldn’t hire childcare for the afternoon. Or they had too much to do and couldn’t spare the time.

Many of the participants at the Percolating Gender Parity workshop shared that they work for the arts for free, while maintaining other jobs. They fit advocating for gender parity in on nights and weekends, in between time with their families, if they have them, because they are devoted to the pursuit of gender parity in the theatre.

To create art, women need time, and to have time, they need money. As Marsha Norman said to me recently,

What you need if you're going to write at the level that you need to in order to get to Broadway is you need leisure. You don't need some more commissions, you need leisure. You need time to walk around and think about nothing. You need time to sit outside, you need to be at rest in your body so that your mind can then take in and remember things and wonder about stuff. That's the part of the writing life that's very hard to finance.

And how many women are going to be able to walk around and think about nothing if they are frantically working so they can pay their rent and bills? And there is no end in sight for this lack of time and money, given that women are still paid 78 cents to a man's dollar, and there is nothing in the Constitution that protects women from this financial discrimination.

For some inexplicable reason, the Equal Rights Amendment, which was first introduced more than ninety   years ago, has still not been ratified after having been passed by Congress back in 1972 and then ratified by thirty-five   states—leaving it three ratifications short of the constitutional requirement. First proposed by the National Woman’s political party in 1923, the Equal Rights Amendment was intended to provide for the legal equality of the sexes and prohibit discrimination on the basis of sex. In its most recently proposed form, the ERA read, “Equality of rights under the law shall not be denied or abridged by the United States or any State on account of sex.” 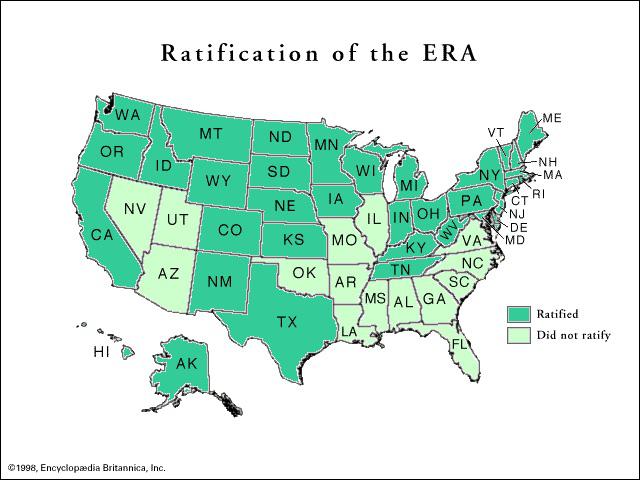 The effect of the pay gap on theatre is easily visible. Quite simply, there are not enough works by women being produced.

Fun Home’s historic Broadway win was a beautiful thing to witness, but why did it take so long? The spring 2015 Broadway season featured two plays by women, and one of them was a revival. The number of women involved in the upcoming Broadway production of Waitress is indeed a historic achievement, but why is it only happening in 2016?

The effect of the pay gap on theatre is easily visible. Quite simply, there are not enough works by women being produced.

Action needs to be taken, and it needs to be taken by the people who represent us. We can’t have Meryl fight this by herself. We need to bring the importance of equal pay and the importance of financial support of the arts to our state capital and our nation’s capital. With the 2016 elections approaching, the timing is ideal. We need to write our representatives. We need to go to their offices and talk to them. The step beyond raising our consciousness is taking action.

The Constitution hasn’t been amended in twenty-two years, and women in America have continued to be faced with conservative legislation and Supreme Court decisions that increasingly impose severe infringements on their rights. Given how desperately Congress is attempting to change existing laws to restrict women’s reproductive rights, one hopes more open-minded representatives will be willing to work just as hard for changes of a different nature.

Careers
Gender
U.S. by State
Most Discussed
Designing Collaboration: In Search of a Taxonomy of Collaborative Methods
Emily McConnell
Most Watched
The Gathering from the CrossCurrents Festival
Wednesday 4 May to Saturday 7 May 2022
Upcoming
Livestreaming a Conversation: #DeafWoke with John Autry II
Friday 20 May 2022